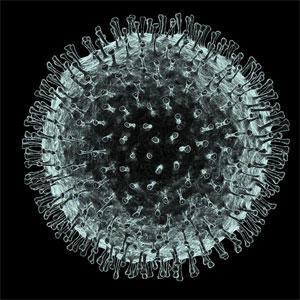 I've referenced Families USA several times before (and I've attended their annual conference for the past three years), but for those not familiar with them:

Families USA, a leading national, non-partisan voice for health care consumers, is dedicated to achieving high-quality, affordable health care and improved health for all. Our work is driven by and centered around four pillars: value, equity, coverage, and consumer experience. We view these focus areas — and the various issues unique to each area — as the cornerstones of America’s health care system.

Public policy analysis that is rooted in Hill and administration experience, movement-building advocacy, and collaboration with partners are deep-rooted hallmarks of our work. In turn, our work promotes a health system that protects consumers’ financial security as much as it does their health care security.

As we advance our mission by combining policy expertise and partnerships with community, state, and national leaders, we forge transformational solutions that improve the health and health care of our nation’s families and speak to the values we all have in common.

Yesterday Stan Dorn of Families USA released an important new report on the impact of the COVID-19 pandemic (and the resulting economic meltdown) on healthcare coverage in America. Their main findings aren't that shocking, but it's still important to have them quantified. Here's the summary of their indings:

It's important to clarify that this report only runs through the end of May, which means that the millions of additional Americans who've lost their jobs (and their healthcare in many cases)since May aren't included. It's also important to note that the 5.4 million figure only includes the employees themselves, not their family members, which means the actual number is likely more than double that (the average size of a household in the United States is 2.6 people, but that doesn't necessarily equate to everyone in these households losing coverage; some children or spouses are presumably on CHIP, Medicaid, Medicare or an ACA exchange policy).

The actual total is, therefore, likely more like 10 - 14 million people...and again, that only runs through the end of May. Some 500,000 more people have enrolled in ACA exchange coverage between March and May than typically would have during that time period, and millions more have presumably enrolled in Medicaid in expansion states thanks to the ACA as well...but there are still tens of millions more who could and should be covered but who aren't.

The Families USA report specifies specific responses to this problem...two of which have already passed the U.S. House of Representatives aren are sitting on Senate Majority Leader Mitch McConnell's desk gathering dust even as I type this:

Along with agreeing to the above key provisions from the House legislation, the Senate can make a major contribution by providing significant funding for health consumer assistance. Generally important to program participation, such assistance is fundamental to providing the newly unemployed with health coverage. Frequently traumatized by job loss and focused on survival, many laid-off workers lack the “bandwidth” to learn about health insurance programs and complete all the forms required to enroll. In the past, providing significant consumer assistance has been essential for unemployed workers and their families to obtain health coverage.