Idaho: How many more would likely enroll via an "open" #COVID19 Special Enrollment Period? 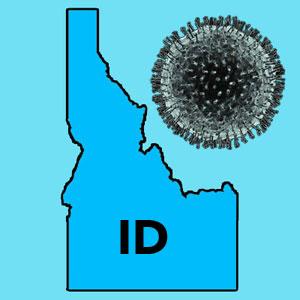 On April 14th, I noted that Idaho, which had previously refused to join the twelve other state-based ACA exchanges in launching an "open" COVID-19 specific Special Enrollment Period (i.e., open to any uninsured resident regardless of reason) announced that going forward, they were modifying their regular SEP rules somewhat:

If You Need Health Insurance, Your Health Idaho is Here to Help

...In partnership with the Idaho Department of Insurance and Idaho insurance providers, and in alignment with Governor Little’s initiative to reduce regulations, Your Health Idaho is working to relax the requirements for eligible Idahoans to enroll in coverage.

...Idahoans who have lost employer-sponsored health insurance as a result of termination, layoff, or furlough due to COVID-19 are eligible for a Special Enrollment Period. Previously this process would require several steps of documentation and validation. Under the newly relaxed policy, in lieu of documentation and proof of termination, Idahoans can now submit a written statement explaining their loss of employer health benefits. This new process removes time-consuming barriers and ensures an expedited path to coverage.

...While we are hopeful that the updated requirements will simplify the process of gaining coverage, we also know that the world of health insurance can be confusing in the best of times, let alone during a global pandemic. For that reason, we encourage all Idahoans, even those who are unsure if they are eligible, to work with an insurance agent or broker. These dedicated professionals are licensed by the Idaho Department of Insurance and complete annual training through Your Health Idaho. Their expert advice is free of charge. To search for help in your area, visit YourHealthIdaho.org/find-help.

In other words, they still aren't actually launching an "open" SEP for anyone whose uninsured as the other 12 state exchanges are, but they are at least making it as easy as possible for those who qualify for a regular loss of coverage SEP to enroll. One caveat: This appears to only apply to those who lose their employer coverage; for those trying to utilize an SEP for other reasons (moving, getting married/divorced, turning 26, getting out of jail or the military, etc), the normal documentation requirement appears to still apply).

I've written a lot of blog entries about the federal exhchange (HealthCare.Gov), which hosts ACA exchange enrollment for 38 states, also refusing to launch a formal COVID19 SEP, but the other day they announced (well...quietly admitted, anyway) that they're essentially following Idaho's lead on this issue: Like Your Health Idaho, for the time being, HealthCare.Gov is waiving the documentation/verification requirement for SEP enrollment (although CMS's language is a bit fuzzier as to whether their "attestation" policy applies to all SEPs or only "loss of employer coverage" SEPs).

When analyzing the federal exchange, I originally estimated that between 600K - 1.8 million additional Americans would likely enroll in ACA exchange coverage via the 38 HealthCare.Gov states if they were to launch and actively promote a full 60-day "open" SEP in response to the COVID19 pandemic. That estimate was based on the first week or two of unemployment figures stemming from the crisis. When the next couple of weeks' worth of unemployment filings came to light, I increased my estimates significantly, settling on a range of perhaps 1.8 - 2.3 million across the 38 HCgov states.

Today, however, I wanted to focus on Idaho specifically, since it's the odd man out here: It's a state-based exchange...but it hasn't launched a COVID19 SEP (it's also worth noting that Your Health Idaho is unique in that it's the only state-based ACA exchange located in an otherwise deep red state politically, which likely contributes to their decision not to launch an "open" COVID SEP).

In my national/federal exchange analysis, for Idaho specifically I put it at somewhere between 13,000 - 22,000 additional ACA exchange enrollees over a 60-day period if you assumed a full, open SEP reflecting the full 16.8 - 22.0 million newly unemployed nationally over the past month. Split the difference at around 15,000.

This, however, was getting ahead of myself...because I forgot that when you get laid off, the actual health insurance coverage you receive via your employer doesn't end until the end of that month.That means that anyone who was laid off on, say, March 15th doesn't actually need new coverage until April 1st, and anyone losing their jobs during April won't need it until May 1st, assuming they don't want a gap in coverage.

In fact, someone who was laid off as early as March 1st could wait until as late as May 30th to enroll via a "coverage loss" SEP, since that would be 60 days from the date their employer coverage ended (although enrolling on May 30th would mean their new coverage wouldn't actually start until July 1st, so this extreme example would leave them without coverage for three full months--April, May and June--so I'd strongly advise against it).

Update: In addition, as Andrew Sprung just reminded me, many of those losing employer coverage are likely choosing to enroll in COBRA instead at first...but they're still eligible for the full 60 days to change their minds and go with an ACA exchange plan instead until they make their first COBRA payment, which means some people are even more likely to wait until the last minute.

The point is that a more realistic scenario is that some people will see the writing on the wall and utilize the coverage loss SEP before their current coverage actually ends, but most will likely scramble to do so in the first few weeks after it ends, and still others will wait until as long as nearly two months later to do so. And that assumes that they even know about it in the first place. This still presents a real problem for the HealthCare.Gov states since CMS is still basically burying their new "waived documentation" policy:

CMS tells Inside Health Policy that, while it has no plans to proactively reach out to consumers about existing special enrollment periods, it has updated heathcare.gov with a new webpage on available options and will offer consumers who visit the site enrollment flexibility on document verification during the pandemic.

With all of this in mind, for Idaho specifically, I've decided to be a lot more cautious by running the numbers a little differently: I've used the actual COVID SEP enrollment data I have from seven of the other state-based exchanges offering them to see how many people actually have been enrolling utilizing them (the other five haven't provided their enrollment numbers yet). Here's what it looks like:

For this model, I divided the average daily Open COVID SEP numbers for each state into two benchmarks: The total state population and the total number of residents who enrolled in ACA exchange policies during the official 2020 Open Enrollment Period. For instance, California (the largest state and by far the largest state exchange) enrolled 38,400 people via their Open COVID SEP in the first 22 days (they also enrolled 20,000 more via regular SEPs). That's an average of 1,745/day, out of a total population of 39.5 million and 2020 OEP enrollment of 1.54 million. On average, these 7 states have enrolled 2,800 people per day via COVID SEPs.

For Idaho, this should translate into roughly 71 per day based on the state population, or 93 per day based on their 2020 Open Enrollment figures. Over a 60-day period, this would extrapolate out to between 4,200 - 5,600 additional Idahoans above and beyond however many are already enrolling using their current "waived documentation" policy.

While this methodology is still pretty crude, it's worth noting that Nevada had a very similar number of OEP enrollments this year to Idaho (77.4K vs. 78.4K), and they've been averaging around 79 COVID SEP enrollees per day, which falls right in the middle of my 71 - 93/day range.

This is significantly fewer than the 13K - 22K range I estimated last week, but it's still thousands more people who would #GetCovered if given the opportunity, which is why I still join Reclaim Idaho in calling for a full Open COVID-19 Special Enrollment Period. You can do so as well by signing their petition:

As jobless claims are soaring due to COVID-19, thousands of Idahoans are in desperate need of healthcare coverage. Medicaid Expansion is providing relief for many, but not for all. For thousands of people, there is only one option: Idaho's healthcare exchange.

But here's the thing: The enrollment period for Idaho's healthcare exchange ended in December, months before the outbreak of COVID-19. This means that thousands of Idahoans are being shut out from healthcare coverage in the midst of a global pandemic.

Fortunately, Governor Brad Little has the power to follow other states and open Idaho's healthcare exchange for a Special Enrollment Period. In fact, Idaho's exchange is the only state-run exchange in the country right now that is not open for enrollment.