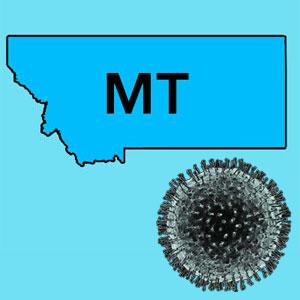 I've only written about Montana State Auditor (which includes acting as the Insurance Commissioner, as far as I can tell) Matt Rosendale a couple of times before. The first was in October/November 2017, when he pulled a cynical, disingenuous dick move by deliberately framing a non-profit insurance carrier into losing money for purely political reasons:

However, the Chronicle, through a Freedom of Information Act request, obtained letters Rosendale wrote to the companies in August saying that his office was aware of the uncertainty surrounding the Affordable Care Act and he would work with them to "ensure rates are modified to address new circumstances."

..."Why is he frustrated with something that was foreseeable?" Ward asked. "To be honest, it seems like a political game." Rosendale is seeking the Republican nomination for the U.S. Senate seat held by Democrat Jon Tester.

Read the whole story for details, but what basically happened was this:

The second was nearly a year later, when Rosendale scrambled to rewrite history regarding his record on protecting coverage of pre-existing conditions.

And then there is Matt Rosendale, the Republican candidate who running against two-term incumbent Sen. Jon Tester in Montana. Rosendale is the state’s insurance commissioner, putting him in a unique position not just to talk about health care policy but also to enact it. Among his notable actions was last year’s decision to reverse a long-standing prohibition on Christian health sharing ministries ― which, like the plans Trump just approved, have some combination of exclusions for pre-existing conditions, limits on coverage and big gaps in benefits.

Rosendale, like the others, has been a vocal advocate for Obamacare repeal.

For several years, my mom fought a battle with dementia and faced numerous health complications along the way. A few months ago, the doctors found a large mass on her kidney but they were unable to perform surgery because of her frail state and her health rapidly deteriorated until she passed away.

...Montanans deserve better. I will never give up on repealing and replacing Obamacare. I will continue to fight for health care reform that actually lowers premiums, protects Montanans with pre-existing conditions, and offers plans that fits our budget and personal decisions.

...My promise to each and every one of you is that I will never stop fighting to expand access and bring more affordable health care to Montana families and small businesses, and I will always protect those Montanans with pre-existing conditions.

Well, today I'm gonna lay into Mr. Rosendale (who ran a failed campaign for U.S. Senate against Jon Tester in 2018 and is now attempting to run for Montana's lone House seat) once again.

A couple of days ago he sent out this press release inm the midst of the ongoing COVID-19 pandemic crisis:

OPTIONS AVAILABLE FOR MONTANANS LOOKING FOR COVERAGE AMID CORONAVIRUS OUTBREAK

"Montanans who are looking for healthcare coverage during this time should know that they have additional options that are available year-round.” Rosendale said. “Always shop around, ask your insurance agent questions about coverage and be aware of the fine print."

Open enrollment for individuals who buy their health insurance through the federal HealthCare.gov website and for small businesses with small group plans ran from November 1, 2019 to December 15, 2019 and is currently closed.

The Commissioner is working closely with CMS and the Montana COVID-19 Task Force, monitoring all possible developments that may happen at the Federal Level. If an open enrollment period is ordered, CSI will provide further updates as soon as details are available.

Below is a summary of additional options Montanans seeking coverage during this time may consider:

DPC Memberships are arrangements for care between patients and their doctors, they are not insurance products. Memberships are open to anyone seeking care and most can be applied for online, at any time. There are at least eight DPC clinics operating in Montana.

Ummmmm...ok, I guess. I'm not really sure that DPC arrangements make much sense for someone dealing with COVID-19. Here's an overview from STAT News:

In a nutshell, direct primary care is a model for delivering primary care, and only primary care. The doctor charges each patient a monthly fee, generally ranging from $50 to $200, in return for timely, convenient access to him or her and a buffet-like menu of mostly basic primary care services. The amount of the monthly fee is presumably set in relation to the scope of services covered, though every practice may do it differently.

For services that aren’t covered under the fee, like more extensive management of a chronic disease, the patient’s insurance — if he or she has it — must be billed to pay for the service or, in some cases, the physician or practice will charge the patient extra fees to cover those services.

...Patient expense. The direct primary care model can get expensive for patients, making it a model that caters to the affluent and potentially worsens inequities in the primary care delivery system in terms of the care that different individuals receive.

When I examined a retainer-based direct primary care practice near where I live in the Boston area, I found that the monthly retainer covered only a limited menu of basic primary care services and number of contacts with the doctor. Anything else required me to get services paid for through other health insurance I might have, and in the process be subject to paying copays and deductibles to get those services reimbursed.

I honestly don't know enough about DPC to make a definitive judgement call about whether it's Evil® or not, so I'll leave it at that.

It's Rosendale's next recommendation which made my jaw drop, however:

Short-Term Health Insurance may also be an option for Montanans seeking health coverage. STLD plans are a type of insurance meant primarily for those looking for temporary coverage and are available for enrollment year-round.

Several major companies offering short-term plans in Montana have already announced that they will waive deductibles, copays, coinsurance and prior authorization requirements for COVID-19 testing services.

Consumers are advised that not all short-term plans may cover testing for COVID-19. Always consult with your health plan or insurance agent about the specifics of your coverage prior to purchasing any insurance product.

Holy Crap. You've got to be kidding me, Mr. Rosendale. I appreciate that you included the "let the buyer beware" warning, and it's nice that a couple of companies say they're waiving costs for COVID-19 testing, but pushing anyone towards #ShortAssPlans right now, of all times, is ill-advised at best and dangerous at worst. Again, while there are certainly exceptions, on the whole, "Short-Term, Limited Duration" plans (STLDs) have a pretty terrible reputation with good reason:

(As an aside: To his credit, Rosendale does also make sure to mention that some people can, in fact, enroll in fully ACA-compliant policies if they qualify for a Special Enrollment Period via some other Qualifying Life Event...but he lists that last):

Special Enrollment may be available for qualifying individuals who’ve had certain life events, including losing health coverage, moving, getting married, having a baby, or adopting a child.

To see if you qualify for a Special Enrollment Period, visit healthcare.gov/screener.

Montana insurers onHealthcare.gov have previously announced that they will waive deductibles, copays, coinsurance and prior authorization requirements for COVID-19 testing services.