UPDATE: Good news out of Montana: All carriers allowed to refile after all! 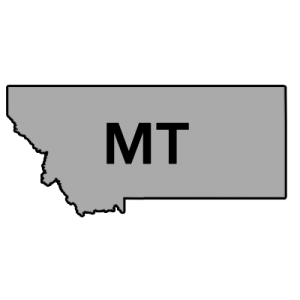 Things were looking pretty dicey for two of Montana's three insurance carriers participating on the individual market the past few days. One of the three, Blue Cross Blue Shield, saw the writing on the wall regarding Cost Sharing Reductions (CSR) likely being cut off and filed a hefty 23% rate hike request with the state insurance department. The other two, however (PacificSource and the Montana Health Co-Op, one of a handful of ACA-created cooperatives stll around, assumed that the CSR payments would still be around next year and only filed single-digit rate increases.

In any event, regardless of the rationale, both the Co-Op and PacificSource were in one hell of a pickle over the weekend:

Matt Rosendale said he will hold the Montana Health Co-op and PacificSource Health Plans to the rate increases they proposed, which average 4 percent for the co-op and 7.4 percent for PacificSource, unless he hears differently from the U.S. Center for Medicare and Medicaid Services. The rates were published earlier this week.

“Any Montana consumer who purchases these products can be assured that my office verified that Montana’s insurers, whether receiving subsidies or not, are financially able to provide the benefits for the posted rates regardless of action taken at the federal level,” Rosendale said in a statement.

Jerry Dworak, CEO of the Montana Health Co-op, disagreed. He said that if the co-op isn’t allowed to update its rates or leave the state marketplace it will lose more than $30 million next year, in addition to the $8 million it would lose over the next three months with the end of the cost-sharing reduction subsidies.

Blue Cross and Blue Shield of Montana submitted premium increases of about 22.3 percent to account for the possibility of losing the subsidy and will be able to offer policies at the rate it submitted, said John Dornan, vice president of external affairs.

Fortunately, cooler (and more rational) heads have prevailed after all...well, sort of; Trump himself is still a hotheaded, irrational jackass, but the Montana insurance commissioner at least seems to have thought twice:

Montanans on the Obamacare marketplace will keep their insurers but many will see a double-digit hike in rates next year. That follows President Donald Trump’s decision to stop federal payments toward insurers to help cover customers who can’t afford to pay.

...On Monday, the Centers for Medicare and Medicaid Services reversed its decision that would have prevented Montana health insurers from re-filing their rates to adjust for Trump’s announcement.

Karen Early, the Co-Op’s director of operations, said Monday morning the company was working to file a 24-percent rate increase for its 2018 silver plan coverage. That's on top of an already approved 4-percent hike.

“That’s just the amount of money we need to make up the difference from losing those payments,” Early said. “We cover 20,000 Montanans and a good portion are in the silver plans.”

...PacificSource, which covers roughly 8,600 marketplace Montanans, raised its 2018 plans by 7.4 percent during the original rate filings.

PacificSource CEO Todd Lovshin said the company filed its rate adjustment Monday morning with an 11 percent increase for its silver plan in the individual market.

OK, so this is good news for both companies, although it's worth noting that the Montana Health Co-Op will still be stiffed for about $6 million by the federal government over the final three months of 2017, which is still a lot of money to be screwed out of.

In any event, all three are refiling after all. BCBS already confirmed that they're going the full "Silver Switcharoo" route; I'm going to assume for the moment that both the Co-Op and PacificSource are as well, atlhough it's possible that they're "only" Silver Loading instead (which is still a hell of a lot better than not loading the cost at all, or spreading it across all metal levels).

Unfortunately, while the article gives the amount tacked onto Silver plans specifically, it doesn't give the overall average rate hikes for either carrier. I've taken my best shot at estimating this based on the data on hand and came up with the following:

As far as I can tell, unsubsidized Montana residents would've been loooking at around a 5.4% rate increase if CSR payments continued next year...but instead they're gonna get hit for 19.5% increases. Ouch.

Fortunately, if all three carriers are doing the full "Silver Switcharoo", there should be at least one off-exchange only Silver plan which isn't loaded with the extra CSR cost.

UPDATE: OK, I've confirmed that the Montana Co-Op will not be doing full Switcharoo, but they definitely are Silver Loading. Not sure about PacificSource.

Of course, the just-announced Alexander-Murray bill could make all of this moot, but there's still little chance of it impacting 2018 rates this late in the game...