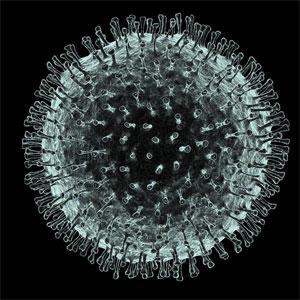 Georgia also followed suit, rescheduling their primary from March 24th until May 19th...which actually makes a lot of sense since it will now coincide with their non-Presidential primaries for Congress, Senate and all state races:

Things in The Peach State aren’t too peachy keen when it comes to voting this spring.

On Saturday, Georgia state elections officials postponed next week’s presidential primary because of the coronavirus pandemic — becoming the second state forced to push back a vote in the race for the White House due to the outbreak of the deadly disease also known as COVID-19.

Secretary of State Brad Raffensperger announced the rescheduling from its initial March 24 date to May 19, which is the same date as the regular primary for a U.S. Senate seat and many other offices.

“In light of the public health emergency posed by COVID-19, the illness caused by the coronavirus, in-person voting presents increased risk to voters and poll workers,” Raffensperger said in a press release.

Citing that Georgia Governor Kemp has declared a public health emergency and President Trump has declared a national emergency, he added that “events are moving rapidly and my highest priority is protecting the health of our poll workers, their families, and the community at large.”

Both of these states making the move is reasonable, since their primaries weren't originally scheduled until 21 and 10 days after the decision was made respectively.

THIS announcement out of Ohio, however, really shocked the hell out of me...since Ohio, along with Arizona, Florida and Illinois, is scheduled to hold their primary tomorrow, March 17th:

Ohio is filing a lawsuit to extend voting until June 2, 2020, and suspend the state's in-person primary election scheduled for Tuesday.

Gov. Mike DeWine says that a private party will sue Ohio in the Franklin County Court of Common Pleas on Monday, representing voters over 65, immunocompromised residents and people otherwise at risk of coronavirus.

The legalities of it are kind of interesting, and to Ohio's credit, the way they're dealing with the change:

DeWine says that he does not have the power to unilaterally change Ohio's election, a power that lies with the state legislature. But he recommends the state allow absentee voting through mail until June, with no in-person voting allowed until then.

...DeWine said Monday that people should not have to choose between their health and their constitutional right to vote.

"We cannot tell people that they really need to stay home, that the risk is high, and at the same time tell them to go vote," DeWine said.

It's ultimately up to a judge to decide if Ohio's election moves forward as planned.

Secretary of State Frank LaRose says he supports the governor's decision, and will ask the Ohio Attorney General to not contest the lawsuit. He says his office will continue to accept and process absentee ballots through June 2.

This is especially important because Ohio's non-Presidential primary races were scheduled for tomorrow as well.

An 11th hour attempt to postpone Ohio’s Tuesday election amid the novel coronavirus crisis failed Monday night, sending thousands of poll workers and voters into a frenzy of confusion that will likely extend into the early morning when polls open.

As of 8:30 p.m., the primary election was still on, but state officials were examining whether an appeal could be made.

Gov. Mike DeWine on Monday afternoon said he wanted to move the election to June 2 and allow only absentee ballots to be cast before then. But the governor lacks the power to move elections.

A pair of women sued the state Monday afternoon to block in-person voting Tuesday because of concerns about coronavirus. The state did not fight the lawsuit and suggested the delay to June.

Franklin County Common Pleas Court Judge Richard A. Frye rejected the request a little after 7 p.m., saying it would be a "terrible precedent" for a judge to step in 12 hours before polls open to rewrite the election code.

But confusion had already set in among everyone from poll workers to boards of elections officials.

AFTER tomorrow, however, the next NON-Presidential primary isn't scheduled for over a month (Maryland and Pennsylvania are on April 28th), so that would give Puerto Rico, Hawaii, Wyoming, Alaska and Wisconsin some breathing room to decide how to deal with their Presidential primaries (assuming the Dem Primary race isn't over by then...ahem...)

UPDATE: Kentucky is rescheduling their primary (both Presidential & other races) as well, moving it from May 19th to June 23rd.

UPDATE: Maryland is rescheduling their primary (both Presidential & other races) from April 28th to June 2nd.