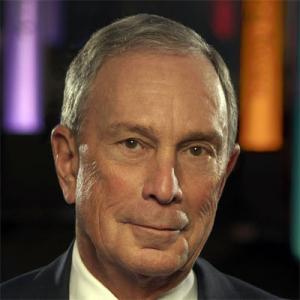 The first step is to create a Medicare-like public option — health insurance that would be administered by the federal government but paid for by customer premiums. In rolling out this option, priority would go to the uninsured, including low-income people who are in states that haven’t expanded Medicaid under the ACA. A public insurance option would improve consumer choice and increase competition in the private insurance market, pushing down everyone’s premiums. People of modest means who buy the public option would be eligible for the same subsidies that would apply on the health insurance exchanges.

Build on the Affordable Care Act

The ACA made great strides in helping people who don’t get health insurance through an employer afford coverage in the individual market. Mike would reverse the Trump administration’s attempts at sabotage: He would expand enrollment efforts, restrict the sale of health plans that don’t meet ACA standards, and defend the law against politically motivated lawsuits. He would expand subsidies to cap premiums at 8.5% of a household’s income. He would create a permanent reinsurance program that, by helping insurers with the largest claims, would reduce customer premiums roughly 10%. Finally, because about a third of Americans choose not to see a dentist regularly because it is too expensive, Mike would expand Medicare to include an optional policy covering dental, hearing, and vision care, and would require all states to cover oral health services for adults in Medicaid.

Expanding insurance coverage is not enough to protect Americans from high medical bills. The U.S. health care market has been unable to restrain costs. And this problem has been compounded by provider consolidation. To bring prices down, Mike would cap out-of-network charges at 200% of Medicare rates. (Medicare does something similar; beneficiaries enrolled in private plans, known as Medicare Advantage plans, have capped prices for out-of-network providers. This cap protects beneficiaries, and, at the same time, gives private insurers greater leverage in negotiating rates with hospitals and clinicians.)

Mike would work with Congress to authorize the secretary of Health and Human Services to negotiate drug prices with pharmaceutical companies. The government would cap drug prices at 120% of the average in other advanced nations — and this cap would apply to consumers with public or private insurance. Mike would ban drug company payments to the people who make decisions at pharmacies so that drug makers compete on the cost and value of their products — not on the amount of money they pay to get preferential treatment. Mike would also reform the Medicare Prescription Drug Benefit to encourage greater competition, and cap beneficiaries’ annual out-of-pocket costs at $2,000.

Taken together, these changes would lower health care costs, insure millions more Americans, and promote competition and efficiency in the health care market.

Bloomberg says that "additional details" will be released soon, so...fair enough. In the meantime, let's look at what he's laid out above:

As an aside: The permanent reinsurance program is fine, but I'm honestly not sure that it would accomplish that much in terms of what people actually pay after the (expanded) subsidies are applied. Let's say you're single and earn 500% FPL (around $63,000/year). Let's further say that the benchmark Silver plan at full price would cost you, say, 12% of your income ($7,560/year, or $630/month).

Right now you don't qualify for subsies at all, so a reinsurance program which reduces the full-price premium by 10% would indeed save you $756/year or $63/month. It would also cut the premium cost down to 10.8% of your income.

Under Bloomberg, Biden, Buttigieg or Klobuchar's plans, however, you'd receive subsidies which would reduce your premiums down to 8.5% of your income anyway ($5,355/yr or $446/mo), which means Bloomberg's reinsurance program wouldn't make any additional difference to them anyway (Klobuchar is the only other one of these four who specifically lists reinsurance in her plan). It's not a bad thing, mind you, and it would probably help some people in certain areas where the full price subsidy would fall below the 8.5% of income mark, but that would likely be around the edges.

So...yeah. Overall, Bloomberg's proposal is...OK. It's the weakest of the plans being proposed by any of the major candidates, but it would still be a substantial improvement over the current situation, so...good for him, I guess?