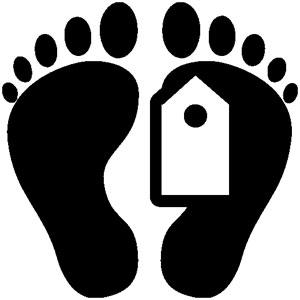 The $4.8 trillion federal budget proposal for 2021, which the White House unveiled on Monday, is largely a wish list of President Donald Trump's priorities. But few of these cuts are expected to get past the Democrat-controlled House of Representatives.

Trump told the nation's governors at a White House event that he would preserve entitlement programs.

This, of course, is utter bullshit:

The White House on Monday proposed a $4.8 trillion election-year budget that would slash major domestic and safety net programs, setting up a stark contrast with President Trump’s rivals as voting gets under way in the Democratic presidential primary.

The budget would cut Medicaid and the Children’s Health Insurance Program and also wring savings from Medicare despite Trump’s repeated promises to safeguard Medicare and Social Security.

It takes aim at domestic spending with cuts that are sure to be rejected by Congress, including slashing the Environmental Protection Agency budget by 26.5 percent over the next year, and cutting the budget of the Health and Human Services department by 9 percent. HHS includes the National Institutes of Health and the Centers for Disease Control and Prevention, which will see a budget cut even as the coronavirus spreads -- although officials said funding aimed at combating the coronavirus would be protected.

...The budget cuts Medicaid spending by about $920 billion over 10 years, a change Democrats and administration critics warn would lead to reductions in benefits and the number of people on the health care program.

I honestly don't even have the energy to document how devastating even a fraction of this would be, so let me just say:

They are coming for your healthcare. For real they are.

We've seen this before. It's Graham-Cassidy repeal on steroids. pic.twitter.com/E6EIFcGK3m

"Graham-Cassidy", you may recall, was the last version of the GOP's 2017 "Repeal/Replace Obamacare" plans. As a refresher, here's what it would do to healthcare coverage nationally and by state:

...Last week, Sens. Lindsey Graham (R–S.C.) and Bill Cassidy (R–La.) unveiled congressional Republicans’ latest bill to repeal and replace the Affordable Care Act (ACA). The Congressional Budget Office (CBO) has indicated that it will not release a score of the bill that includes its effects on insurance coverage for several weeks, but Senate leaders have indicated they will hold a vote without a score. The bill, however, is similar to prior ACA repeal-and-replace bills for which we do have CBO scores. Based on those estimates, it is likely that the bill, if enacted, would lead to a loss of health insurance for at least 32 million people after 2026.

...and so on, and so on. That's roughly 10% of the country who would lose coverage (although I supposed it'd be more like 8-9% now, since the number of uninsured Americans has already gone up by as many as 7 million people under the Trump Administration's other policies already anyway).

This is national work requirements designed to throw people off coverage by burying them in paperwork. pic.twitter.com/EQ8fLLHHkk

To be clear this is a budget, not legislation that will pass this year. But make no mistake: this is what's on the ballot. We can't afford to be complacent, forget what's at stake, or lose focus.

Seriously, I often start writing up a detailed analysis of something horrible that the Trump Administration is doing and then wonder whether it's even worth the effort when so many of those who would see their lives destroyed or ended by it don't seem to care anyway.