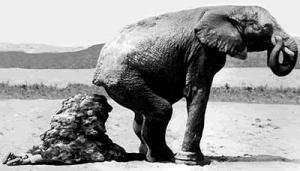 I couldn't stomach watching most of Trump's Hate Rally Lie Fest State of the Union last night, but I did catch the healthcare portion. As usual, Trump blatantly lied through his teeth about almost everything, which is pretty standard these days. Still, I figured I should go through them point by point:

A good life for American families also requires the most affordable, innovative, and high-quality health system on Earth. I moved quickly to provide affordable alternatives. Our new plans are up to 60% less expensive, and better.

He's referring here to his executive order reversing the Obama Administration's restrictions on so-called Short-Term, Limited Duration heatlhcare policies, which were previously restricted to lasting just 3 months per year (which is why they're called "short-term") and which couldn't be renewed within the same calendar year (which is why they're called "limited duration"). He's correct that the premiums for these plans are "up to 60% less expensive", but he's dead wrong about them being "better". The reason they're "up to 60% less expensive" is because of things like the following:

...Invasive and complex applications. Applicants for short-term plans typically must answer numerous questions about their health status, illnesses, and prior medical treatments.

...High out-of-pocket costs for people who need care. Short-term plans can — and often do — fail to cover ACA essential health benefits. An April 2018 study of the short-term plans available through two major online broker sites found that 43 percent of plans didn’t cover mental health services, 62 percent didn’t cover substance use disorder treatment, 71 percent didn’t cover outpatient prescription drugs, and none covered maternity care. People who enroll in a short-term plan and then need one of these missing benefits have to foot the bill on their own.

...High premiums relative to the value of the benefits they provide. Even with seemingly low premiums, enrollees in short-term plans may still pay too much for the coverage these plans offer. Much of the money that consumers pay to insurers offering short-term plans actually goes toward plan administration, marketing, and profits — and little toward enrollees’ health care. For example, the top three companies selling short-term health plans (based on premiums earned) paid 43 percent, 34 percent, and 52 percent of the premiums they collected from short-term plan enrollees for medical claims.

I have also made an ironclad pledge to American family: We will always protect patients with preexisting conditions.

In addition, as I noted above, the very "60% less expensive" plans Trump crowed about a moment earlier don't protect patients with pre-existing conditions at all.

...which is horseshit, of course, as noted by Bess Levin in Vanity Fair last August:

Republicans want Trump to deal with the exploding deficit by gutting the social safety net, and the president is reportedly receptive to the idea.

While Republicans do not expect Trump to push for cuts while campaigning for reelection, they’ve apparently encouraged him to do so should he win a second term—a proposition to which President “I’m not going to cut Social Security, I’m not going to cut Medicare” has reportedly been receptive. “We’ve got to fix that,” Senator John Thune, the number two Republican in the Senate, told the Times. "It’s going to take presidential leadership to do that, and it’s going to take courage by the Congress to make some hard votes. We can’t keep kicking the can down the road. I hope in a second term, he is interested,” Thune said of Trump. “With his leadership, I think we could start dealing with that crisis. And it is a crisis.” Republicans, said Senator John Barrasso, who seems to regularly chat with the president, have “brought it up with President Trump, who has talked about it being a second-term project.”

As for Social Security, here's what he said just two weeks ago:

The word came at the very end of an interview conducted by Joe Kernen of CNBC, in connection with Trump’s appearance at the World Economic Forum in Davos, Switzerland. Here’s how it unfolded, according to the tape and transcript from CNBC:

“KERNEN: Entitlements ever be on your plate?

...and of course there's his stealth attack on Social Security Disability benefits:

Some Americans could lose Social Security Disability Insurance benefits under a recent Trump administration proposal ― a change that could affect thousands of people but that has received little attention since it was first floated in November.

Under the proposed change, the government would look more closely at whether certain disability insurance recipients still qualify as “disabled” after they’ve already been awarded those benefits. While recipients already have to demonstrate their continuing disability every few years, the proposal would ramp up the examinations, potentially running still-eligible beneficiaries out of the program.

You might also notice that Medicaid and CHIP are suspiciously missing, which may seem odd considering that combined they cover 22% of the entire population. There's a reason for that.

The big-picture view is that states can:

And it looks like it's open season on eligibility rules for the expansion population. Unless I'm misreading, for example, it looks like a state could kick people off of Medicaid if they've been on the program for too long or if they don't meet onerous reporting requirements...

No, I'm not misreading. States would be free to impose asset tests, to limit eligibility to a slice of the expansion population, or even to cap Medicaid at (say) 75% of the poverty level.

States could also limit retroactive eligibility -- which is a really big deal. If you're not on Medicaid but are eligible to enroll, providers can still sign you up when you show up at the hospital with a medical emergency. Under a block grant waiver, they might not be able to.

The American patient should never be blindsided by medical bills. That is why I signed an executive order requiring price transparency.

Many experts believe that transparency, which will go into full effect at the beginning of next year, will be even bigger than health care reform.

On the other hand, estimates from the Blue Cross Blue Shield Association put the cost of complying with the new price transparency rules at 26 times as much as the Trump Administration claims:

Insurers charge that the Trump administration’s price transparency rule will cost 26 times more than estimated, and the amount of data they must disclose is “staggering.”

Insurer groups blasted the proposed rule released by the Treasury, Labor and Health and Human Services departments late last year that would force insurers to disclose negotiated rates for in-network providers and allowed amounts for out-of-network care. The crux of comments from insurers on the rule focused on the massive burden and cost for implementation and that the data would confuse consumers.

The Blue Cross Blue Shield Association (BCBSA), which represents 36 Blues plans, said that an economic analysis from the firm Bates White found that the total setup and maintenance cost for an insurer to comply with the rule was $13.63 million. That is 26 times higher than the administration’s estimate of $510,000.

...Posting just the data also could be confusing for consumers that don’t have the necessary context, argued the Association for Community Affiliated Plans, which represents 67 nonprofit and community-based safety net plans.

“In the absence of quality data, consumers may determine that higher cost equates to higher value, select the higher-cost providers, and ultimately drive up medical expenses,” the group said in comments.

Well, yeah. Price transparency sounds good on the face of it, but if your life depends on your surgery being successful, are you gonna go for the dirt-cheapest doctor or the most expensive one when you know your insurance policy is gonna cover nearly all of the cost either way?

This, of course, is a direct slam at the "pure" Medicare for All proposal being pushed by Bernie Sanders and a little over half the Democratic House caucus. The first two are disingenuous (it wouldn't be "taking away" healthcare or doctors, though it would mean replacing most people's current healthcare plan with a new one), while the third one is...well, yeah, he has that one right: Bernie's plan would abolish about 99% of private health insurance.

132 lawmakers in this room have endorsed legislation to impose a socialist takeover of our health care system, wiping out the health insurance plans of 180 million very happy Americans.

No, even Bernie's "pure" M4All system wouldn't be a socialist takeover of the healthcare system. That would be the United Kingdom's National Health Service, in which all doctors, nurses and hospitals are also run by the government. M4All would be a government takeover of the payment delivery system, combined with price regulation...which is already how Medicare and Medicaid run today, for the most part.

Trump's "180 million" figure seems to be around 10 million too high. The Kaiser Family Foundation puts employer-sponsored insurance enrollment at around 156 million. Add another 13-14 million for the individual market and you're only up to 170 million at most.

More to the point, even using the higher number, I'm pretty sure quite a few of those 180 million Americans with private insurance are not "very happy" with it at all. The Kaiser Family Foundation survey from last May found that only 25% of those with employer-sponsored insurance (around 39 million out of 156 million total) rate their current coverage as being "excellent" (with another 43% calling it "good"), while a Commonwealth Fund survey from last September put employer coverage approval at 48% saying they were "very satisfied". Individual market (mostly ACA) plans, meanwhile, rates around 35% "very satisfied". At best, you could say that perhaps 45 - 80 million of those with private insurance are "very happy".

To those watching at home tonight, I want you to know: We will never let socialism destroy American health care.

Over 130 legislators in this chamber have endorsed legislation that would bankrupt our mission by providing free taxpayer-funded health care to millions of illegal aliens, forcing taxpayers to subsidize free care for anyone in the world who unlawfully crosses our borders.

These proposals would raid the Medicare benefits of our seniors and that our seniors depend on while acting as a powerful lure for illegal immigration. That is what is happening in California and other states. Their systems are out of control, costing taxpayers vast and unaffordable amounts of money.

Setting aside the blatant racism, hate and xenophobia here, there's also the fact that undocumented immigrants do pay federal taxes:

Instead, they file using what's known as an Individual Taxpayer Identification Number (ITIN).

The Bipartisan Policy Center, a Washington-based think tank, notes that "most experts believe the vast majority of tax returns filed with ITINs today are filed by undocumented immigrants."

Some noncitizens who legally immigrated to the United States also pay taxes using this method.

In 2015, according to the IRS, 4.35 million tax returns were filed using ITINs, accounting for more than $13.6 billion in taxes.

In addition, of course, undocumented immigrants also pay billions of dollars in state and local taxes:

Undocumented immigrants paid $27.2 billion in taxes in 2017, $9.9 billion of which went to state and local governments, and had a total spending power of $200.6 billion. In 2013, Stephen Goss, the chief actuary of the Social Security Administration said, “we estimate that earnings by unauthorized immigrants result in a net positive effect on Social Security financial status generally."