What about Julian Castro's healthcare plan? 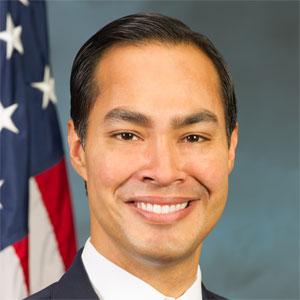 I really should have gotten to all three of them earlier, for which I apologize....especially since at least one of them appears to be pushing a plan very similar to the one I prefer as a long-term goal, Medicare for America. I don't really have time to do a fully-detailed analysis of these right now, but I'm at least highlighting each by cross-posting their proposals. I'll go back and add my own thoughts to these posts properly in the near future if I'm able to do so.

Here's former HUD Secretary Julian Castro's healthcare plan. Unlike most of the other candidates, his healthcare plan page doesn't go into tons of detail, but many of the provisions it does describe sound an awful lot like "Medicare for America", which I love as a long-term universal coverage plan, although I still strongly believe we need a robust ACA 2.0 upgrade (like Warren's CHIPA bill) in the short term:

(This second bullet is the core of Med4America...you can keep a private plan if you prefer but only if it's through your employer and only if it's high quality...no junk plans allowed)

(The second and third bullets here also describe tenets of Med4America...auto-enrolling newborns and those not otherwise covered; merging Medicaid/CHIP into the new program while leaving the IHS and VA alone.)