"Not celebration, but relief." 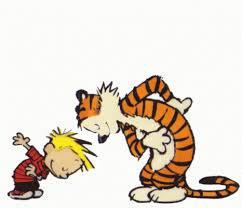 Those were Democratic Senate Minority Leader Chuck Schumer's words tonight in response to Republican Senate Majority Leader Mitch McConnell's claims that those on the left were "celebrating" the defeat of his Godawful "Skinny Repeal" bill late Thursday night. And that's a perfect description of how I feel, for several reasons:

HOWEVER, having said all of that, for the moment, I'm going to allow myself the most basic of celebration anyway. I think we've earned it...