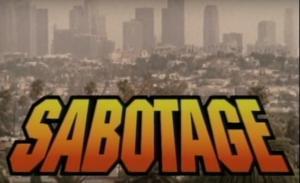 As longtime readers know, I've often separated the problems with the ACA into several categories:

Yes, many of these only exist because of futile attempts to win over support from Republicans (or a handful of blue dog Dems), but the Democrats are still responsible for them. This includes things like the APTC tax credits being too skimpy, the "family glitch", the "skinny ESI glitch" and so forth. In these cases, the GOP can certainly be criticized for refusing to help resolve those issues, but that's a matter of "passive" obstruction as opposed to overtly doing so.

Here I'm mainly referring to a) the sloppy management surrounding the development of the federal exchange website (HealthCare.Gov), resulting in an ugly technical mess at launch in October 2013, and b) the decision, a month or so later, to allow states to let insurance carriers "grandmother in" transitional healthcare policies which were supposed to sunset on 12/31/13 in response to the "If You Like It You Can Keep It" backlash.

Of course, all President Obama did was allow the states to do so; it was still the state regulators who had to decide whether to allow transitional plans or not. About 1/3 of the states, almost all of which lean Blue, wisely chose not to allow it; the other 2/3, most of which lean Red, did so. For that matter, even in the states which did allow transitional plans, it was still left up to the insurance carriers themselves whether to do so or not, so some of this falls on them as well.

This mainly includes the King v. Sebelius (later King v. Burwell) and House v. Burwell (now House v. Price) federal lawsuits. The first (which had to do with which enrollees are allowed to receive premium tax credits) was utterly ridiculous but somehow managed to make it all the way to the U.S. Supreme Court before being shot down.

The second (which relates to Cost Sharing Reduction reimbursement payments) is currently pending. House v. Price has slightly more merit on the face of it...but is also utterly unnecessary; it only exists as a thing because the House GOP chose to pursue legal action over it rather than a) not doing so or b) passing (with unanimous consent from the Dems, I might add) a 64-word bill to resolve the issue at any point over the past 3 years.

This includes things like trying to pass laws/regulations severely obstructing ACA navigators, but by far the worst example was Marco Rubio's infamous Risk Corridor Massacre in December 2014. He deliberately attached it to the must-pass CRomnibus spending bill as a poison pill, forcing the Dems into a situation where they had to either pass the whole thing or have the federal government shut down again. Result? Over a dozen co-ops went belly-up, hundreds of people lost their jobs, over 800,000 people lost their coverage and the federal government will likely still have to pay out billions of dollars anyway once the class action lawsuits are settled.

Out of everything listed above, most of the damage from them is already done...that is, the major impact of each has already been baked into the equation. The major exception to this is the CSR reimbursement crisis, which is only starting to cause real damage right now. Why? Because while the lawsuit was originally filed by the House GOP (under John Boehner!) back in 2014, the federal judge in the case didn't make her decision until 2016, and there's been stay after stay issued every quarter since then as the Republicans have come to realize how ugly the consequences of winning their own lawsuit could be to them. This has been compounded manyfold by Donald Trump's explicit threats to simply cut off CSR funding altogether (which he has the ability to do at any time by simply instructing the Justice Dept. to drop their appeal of the judge's decision).

For the upcoming 2018 Open Enrollment Period, by far the biggest threat to both carrier rates and participation in the individual market at all focuses on two main concerns: The CSR reimbursement threat...and Trump's other overt sabotage move: His Day One executive order instructing the HHS Dept. to do everything possible to obstruct proper administration of the ACA, including but not limited to not enforcing the individual mandate penalty.

Here's the thing, though: Trump and Congressional GOP may share the blame equally for the CSR threat (the GOP for filing the lawsuit in the first place & refusing to pass a standalone appropriation bill; Trump for overtly threatening to cut off payments altogether), but until today, blame for the individual mandate enforcement threat fell squarely on the shoulders of Donald Trump himself (along with HHS Secretary Tom Price). Until today, the rest of the GOP Congress could plausibly claim innocence on the mandate enforcement issue--after all, that's entirely up to the executive branch, don'cha know? Don't look at us!

Well, according to this article by Robert Pear of the New York Times, that's no longer the case:

WASHINGTON — Congress is moving to prevent the Internal Revenue Service from enforcing one of the more unpopular provisions of the Affordable Care Act, which requires most Americans to have health insurance or pay a tax penalty.

The plan is separate from Republican efforts to repeal the health care law, and appears more likely to be adopted because it would be written into the annual spending bill for the Treasury and the I.R.S.

But it has a similar purpose: to weaken the health law that President Trump and Republicans in Congress want to dismantle.

Congress has been working for months on a bill to repeal President Barack Obama’s health care law, including the coverage requirement. That provision, known as the individual mandate, is widely disliked, according to opinion polls.

I cannot stress enough how big of a deal this is.

Until now, insurance carriers, in attempting to set their prices for 2018, have had to ask themselves two big questions: Are CSR reimbursement payments guaranteed through the end of next year, and will the Trump Administration even bother enforcing the individual mandate next spring?

The response so far has been all over the map. Some state insurance commissioners are allowing carriers to submit two different rate filings; some are requiring them to do so. Some are submitting rates under the assumption that neither CSR payments nor mandate enforcement will be in place; others are assuming both will, and so forth.

However, again, until now, the biggest fears have been on the CSR side, with the mandate enforcement factor being less obvious, more vague, so some carriers appear to have shrugged that part off somewhat. In addition, in past years there were complaints that the Obama Administration tended to drag their feet a bit on enforcement as well, by allowing too many hardship exemptions and so forth.

As of today, that's changed. Insurance carriers across the country are now very much aware that it's no longer just Trump making vague threats with his usual infantile bluster; the Republican-controlled Congress is actively planning to kill individual mandate penalty enforcement next year.

As of today, insurance carriers have to operate on the assumption that a) CSR reimbursements will not be guaranteed for 2018 and b) the individual mandate will not be enforced next year...and will set their prices accordingly.

And here's the other thing: As I've noted before, it may not even matter whether they follow through with this legislation or not. Remember, enforcement of the mandate isn't actually done until next spring, when people file their 2017 income taxes. What matters most is whether people think the mandate will be enforced or not.

If people think it won't be enforced and don't enroll in a healthcare policy as a result, it doesn't really matter whether Trump/Price/the GOP ends up enforcing it next spring or not...because by that point it will be too late; the damage to the individual market risk pool will already have been done.

In any event, going forward, I no longer have to distinguish between "Trump Sabotage" and "GOP Sabotage" when it comes to the CSR and mandate enforcement issues...both are now one and the same.