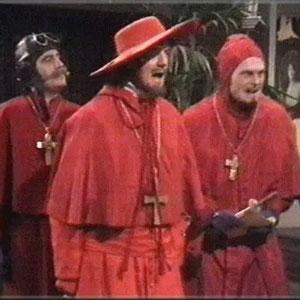 “Surprise medical bill” is a term commonly used to describe charges arising when an insured individual inadvertently receives care from an out-of-network provider. This situation could arise in an emergency when the patient has no ability to select the emergency room, treating physicians, or ambulance providers. Surprise medical bills might also arise when a patient receives planned care from an in-network provider (often, a hospital or ambulatory care facility), but other treating providers brought in to participate in the patient’s care are not in the same network. These can include anesthesiologists, radiologists, pathologists, surgical assistants, and others. In some cases, entire departments within an in-network facility may be operated by subcontractors who don’t participate in the same network. In these non-emergency situations, too, the in-network provider or facility generally arranges for the other treating providers, not the patient.

Surprise bills have become a major problem over the past few years. Hundreds of horror stories have been reported recently, such as the following:

...When she arrived at the emergency room, a physician informed her that the hospital’s regular plastic surgeon wasn’t available, but that a doctor from another hospital would come perform her surgery. As it happens, this wasn’t the first time that confusion over her insurance network had led to extra costs, so Bettendorf expressed concern to the visiting physician that his services wouldn’t be covered by her policy.

“He said, and the ER doctor agreed and the nurse nodded her head, ‘It doesn’t matter. You’re in an in-network ER, and it does not matter that I am not in-network. You have come to an emergency room, you need emergency treatment on your face, they couldn’t get the first doctor. It is moot,’” Bettendorf said. “He said it to my face.”

But that’s not how it worked out. During a follow-up visit to the plastic surgeon’s office, Bettendorf learned that she owed him for the surgery because he didn’t accept her insurance, despite his previous assurances. So she wound up paying him $4,400. She later received a bill from the hospital for another $5,290, and she paid that, too. Her health insurance company and the state insurance department were no help, she said.

...He was blindsided, though, by a bill of about $117,000 from an “assistant surgeon,” a Queens-based neurosurgeon whom Mr. Drier did not recall meeting.

“I thought I understood the risks,” Mr. Drier, who lives in New York City, said later. “But this was just so wrong — I had no choice and no negotiating power.”

In operating rooms and on hospital wards across the country, physicians and other health providers typically help one another in patient care. But in an increasingly common practice that some medical experts call drive-by doctoring, assistants, consultants and other hospital employees are charging patients or their insurers hefty fees. They may be called in when the need for them is questionable. And patients usually do not realize they have been involved or are charging until the bill arrives.

When Andrew Heymann helped his friend move two years ago, a glass table shattered and cut open Heymann’s left ankle. An ambulance rushed him to a nearby hospital, which he knew was in-network. But after a plastic surgeon stitched up the wound, Heymann was surprised to receive a bill for nearly $6,000. His insurance initially covered just $860 of the charges.

Heymann learned that although the facility was in-network, the doctor who assisted him was not covered by his insurance. While he was later able to get his employer to cover the remaining charges, others who encounter surprise medical bills are not always so lucky.

...I was approved by my insurance company to have a cervical discectomy fusion last August. I was advised that out of network costs would be paid at 70 percent. I received letters from insurance company listing my surgeon and the hospital specifically as approved. Insurance company denied covering any anesthesia saying anesthesiologist was out of network, and paid only $2,000 of a $28,000 dollar hospital Bill, leaving me on the hook for over $26,000.00 out of pocket. My husband retired last year and we are on a fixed income. This could ruin us financially.

...My husband and I were surprised by medical bills when our daughter was born early at 33 weeks due to HELLP syndrome. We went to the ER at our local in-network hospital (where I had been having prenatal visits), were sent to the obstetrics department, and then were transported to a larger in-network hospital, where she was born and stayed in the NICU for 18 days. I stayed for 2 days following her delivery.

The bills started pouring in after we came home — separate bills from the ER, my OBGYN, obstetrics doctors who delivered our baby, neonatal doctors, anesthesiologists, the ambulance company, and the hospitals themselves… approximately over $12,000. Our insurance deductible was $1000. There was no way we could pay them all at once.

Some states have passed laws to try and deal with surprise/balance billing; the only time I've really written about the issue in the past was when New Jersey passed a bill cracking down on them last year:

Advocates for patients, senior citizens, labor unions, and businesses hailed Gov. Phil Murphy’s signing of a complex and controversial measure designed to curb the impact of costly “surprise” medical bills in New Jersey. Supporters said the law, nearly 10 years in the making, is the strongest of its kind nationwide.

...The reform is designed to protect patients, businesses, and others who pay for medical care from the high-cost bills associated with emergency or unintentional care from doctors or other providers who are not part of their insurance network. The law requires greater disclosure from both insurance companies and providers — so patients are clear on what their plan covers — ensures patients aren’t responsible for excess costs, and establishes an arbitration process to resolve payment disputes between providers and insurers, a mechanism intended to better control costs.

While New Jersey law already includes several protections designed to shield emergency patients from extreme charges, advocates note that some 168,000 residents each year still received “surprise” bills from doctors who are not part of their insurance network. These bills average $2,500 per person and add as much as $800 million to the taxpayer’s tab to insure state workers, they said, and increase the cost of insurance in the Garden State by roughly $1 billion each year.

In any event, state legislators in both New Mexico, on top of a fully of other fantastic healthcare legislation, just passed a bill to crack down on the issue!

Here's an article from a few weeks ago...

Surprise billing occurs when a patient goes for care to a hospital or clinic in their insurance network. But, if they are cared for by an out of network provider, the patient can receive a balance bill far above their regular deductible. The Managed Care Division of the Office of the Superintendent of Insurance estimates that it handles approximately 200 surprise bill complaints a year.

“When New Mexicans access critical health care services, they should not return home to an outrageously costly bill. Surprise billing hurts New Mexico patients and families. Our legislation will take patients and their families out of the middle, while providing fairness to healthcare providers and health insurance carriers.” Rep. Nathan Small said. “I am proud to have passed this legislation through the House so that all New Mexicans can receive health care without fear of financial ruin.”

House Bill 207 now moves to the Senate for further consideration.

The bill did indeed end up passing the state Senate unanimously as well on March 10th...after which it was kicked back over to the state House again for a final vote today, where it once again passed unanimously!

Meanwhile, the Colorado legislature is a few steps behind but coming up quickly:

DENVER (CBS4) – A new bill could protect Colorado consumers from surprise out-of-network medical bills. HB19-1174, introduced in early February, aims to get patients out of the middle, and let insurance companies and doctors duke it out.

It would protect consumers in situations when they didn’t know they were being sent out of network or perhaps did not have a choice.

Here's the Colorado bill itself...it looks like it passed through one House committee last week and was considered by the House Appropriations committee earlier today, but I'm not sure what happened there yet.