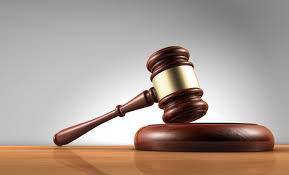 A big shout-out to Josh Dorner for providing a roundup of the current status of a five different lawsuits (six, really, although two of them are on the same topic in two different states) fighting back against GOP/Trump Administration sabotage of the Affordable Care Act, including:

There's also the various CSR reimbursement payment lawsuits filed by various insurance carriers. Those should have been a fairly minor issue only relating to about $2 billion in payments dating back to the 4th quarter of 2017...but as I explained in detail here, these suits may instead turn into an even more massive headache for the Trump Administration, and rightly so.