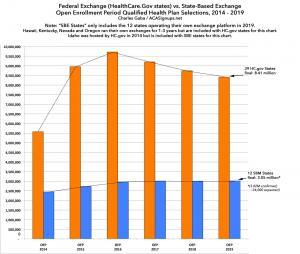 With Covered California releasing their final, official 2019 Open Enrollment Period data, and the latest updates from New York (which still has 2 days to go) and Massachusetts (which wrapped up last week), I now nearly all 2019 OEP data on hand.

I say nearly all because there are still three numbers missing:

Between the three, I'd expect another ~34,000 QHP selections to be tacked onto the totals below.

However, even without that, the 12 state-based exchanges have collectively broken their all-time record for ACA Open Enrollment, racking up more than 3,018,000 QHP selections this season: 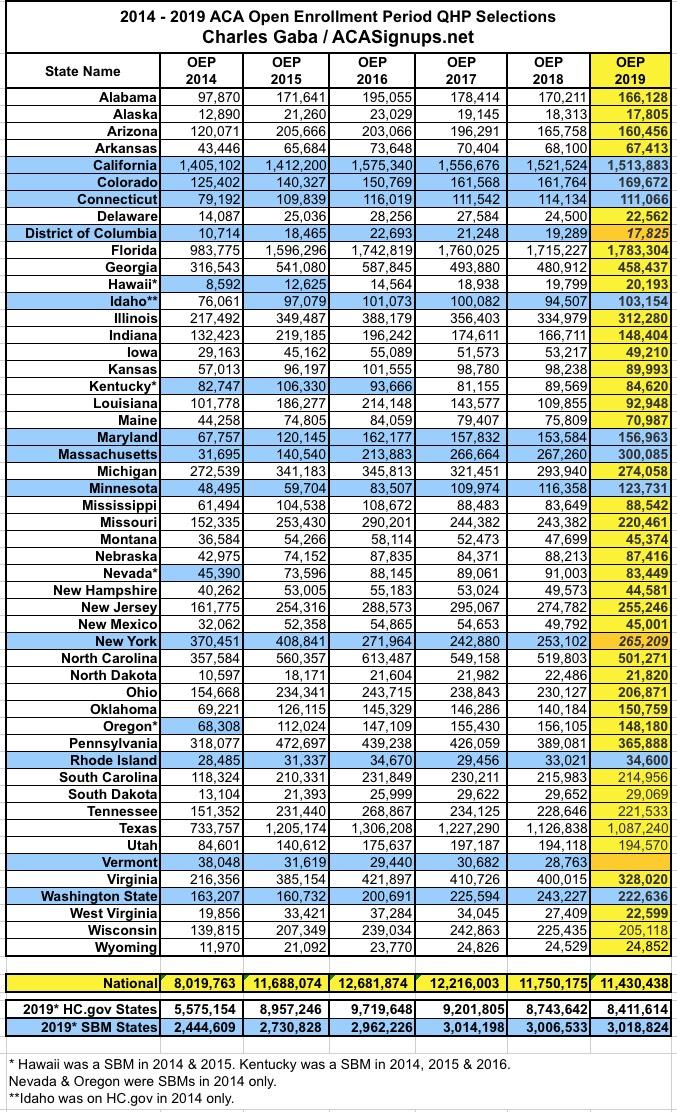 Here's what that looks like visually...and the contrast between the Federal Exchange and the State-Based Exchanges is dramatic: 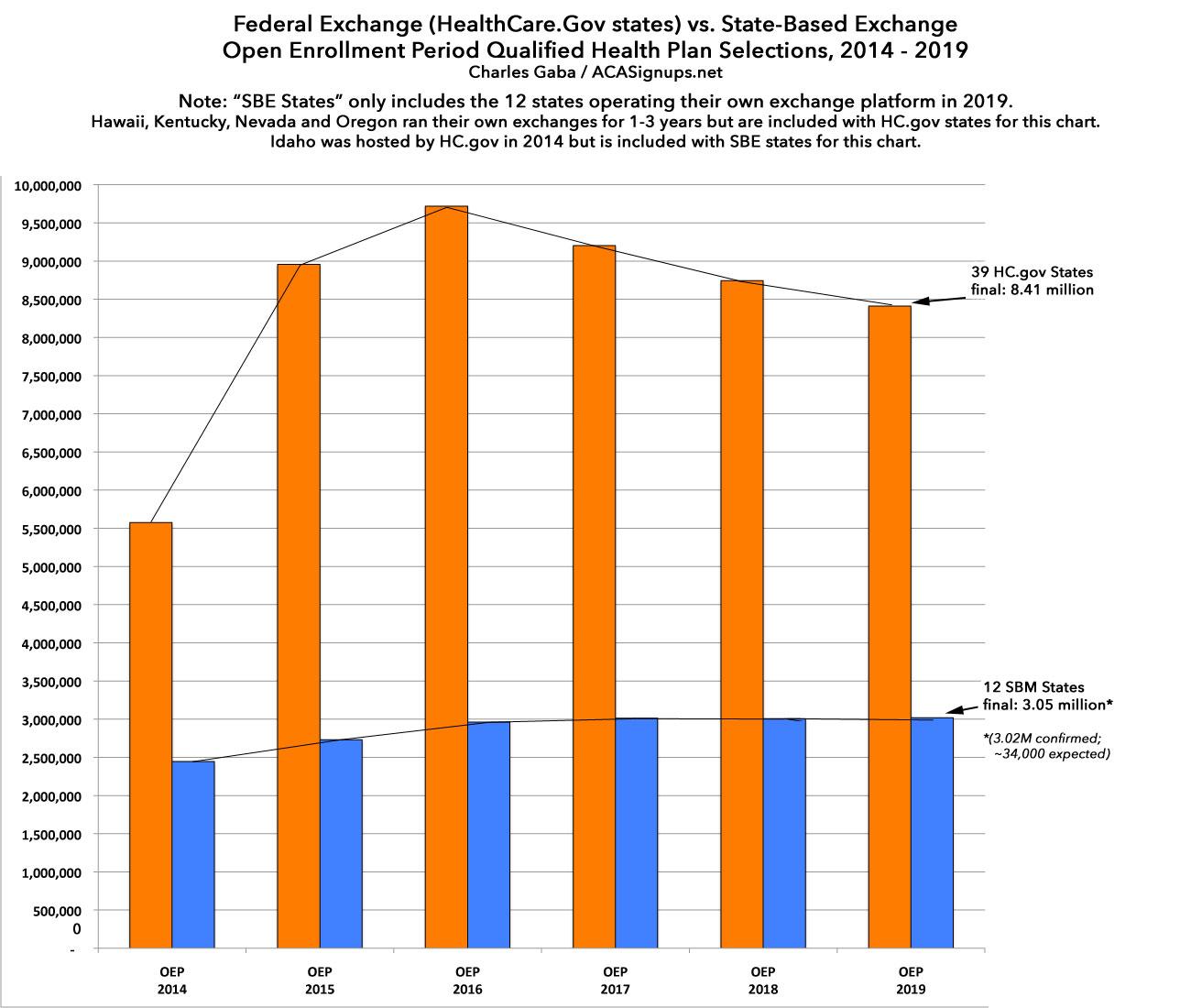