House Democrats plan to move swiftly to protect ACA on Day One...to the extent they can... 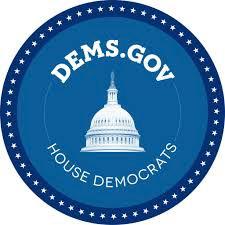 With the 2018 Midterm Elections mostly out of the way (there's still at least 7 statewide races which haven't been called yet in Georgia, Florida and Arizona which are currently in the process of various counts, recounts and/or run-off elections), the Democratic Party has indeed retaken the U.S. House of Reprentatives by a solid margin, adding anywhere from 33 - 40 House seats when they only needed a net gain of 23 to take control. Starting in January, the House Democrats will be able to vote on and pass pretty much whatever bills they want, presumably under the leadership of Nancy Pelosi as Speaker of the House.

Before anyone starts pouncing all over the "Medicare for All!" train, however, there's a few minor obstacles still in their way. Aside from the economic, logistical and other issues, there's also the little matter of the Republican Party still controlling both the U.S. Senate and the White House. As of this writing, it looks like the GOP will start 2019 with a 53/47 Senate lead, although if Sen. Bill Nelson wins his recount in Florida and Mike Espy manages to pull off a win in Mississippi's run-off election next month, it's conceivable that things will stand exactly where they are today: 51/49.

In other words, the odds are pretty high that very little useful healthcare legislation is gonna get passed until 2021. At the same time, no more harmful legislation should be able to pass either, so things will most likely remain status quo.

However, that's not stopping Pelosi and the House Dems from vowing to do their part to at least TRY to improve the situation. Via Robert Pear of the NY Times:

...Democrats will push for the House to intervene in a lawsuit in which 20 states, with support from the Trump administration, are challenging provisions of the Affordable Care Act, including the protections for people with pre-existing conditions.

In other words, the #TexasFoldEm lawsuit...which everyone is still waiting for a decision from right-wing Judge O'Connor on.

...Some lawmakers want to try again next year to stabilize the marketplaces where more than 10 million Americans obtain insurance under the Affordable Care Act. Several ideas were set forth in a bill drafted by Senators Lamar Alexander, Republican of Tennessee, and Patty Murray, Democrat of Washington.

One idea is to provide money to resume the payments to insurers that President Trump terminated in October last year. The payments offset the cost of discounts that insurers are required to give low-income people.

Alexander-Murray came close (well, "close" in a relative sense given how dysfunctional the U.S. Senate is these days) to going somewhere a year ago...but eventually fell apart. If it had become law, it would have restored CSR reimbursements, but also would have included some other stuff I don't care for, such as adding "Copper" plans at the low-end of the ACA metal level (basically expanding Catastrophic plans to enrollees over 30 years old).

The problem with this, as I've explained many times and as David Anderson noted last week, is that thanks to #SilverLoading and the #SilverSwitcharoo, there's actually very little incentive for Democrats to want to reinstate CSR reimbursements now. Doing so would indeed cut premiums for millions of unsubsidized enrollees...but it would do so by effectively increasing premiums for millions of subsidized enrollees, completely reversing an existing problem. In short, it would hurt at least as many people as it helps, so there's not much point in them jumping on board without additional incentives.

Another idea is for the federal government to provide money to states to help pay the largest medical claims. Such assistance, which provides insurance for insurance carriers, has proved effective in reducing premiums in Alaska and Minnesota, and several other states will try it next year.

This is otherwise known as reinsurance, which is a fantastic idea. A half-dozen states have implemented their own version of reinsurance at the state level, and it effectively solves the same problem that reinstating CSR payments would, but without most of the negative side of the equation, so I'm all for this (again, depending on how it's structured). One question: Would reinstating the federal reinsurance program be on top of the existing state-based waivers (some of which haven't even been implemented yet), or would it supersede them?

In addition, many Democrats say they want to provide more money to help consumers enroll in health insurance under the Affordable Care Act. Over the last two years, Mr. Trump has cut the funds for insurance counselors and enrollment assistance by 84 percent, to $10 million.

This would again be a matter of repairing something which was deliberately broken by Trump. It'd be a very good thing, but it's about 7th or 8th on my own priority list.

Oddly, there may be some common ground when it comes to dealing with pharmaceutical companies and drug pricing:

Democrats have praised two of the proposals Mr. Trump has advanced in recent weeks. One would require drug manufacturers to include the list prices of drugs in television advertising. The other would reduce Medicare payments for certain high-cost drugs by using the average of prices in other advanced industrial countries as a benchmark in deciding what Medicare should pay....

The article ends with a slightly interesting sentence:

...Aides said that Ms. Verma intended to stay on the job, but that the administration’s health policies would remain intact even if she left. Her top deputy, Paul Mango, an unsuccessful candidate for governor of Pennsylvania, wrote last year that “Obamacare has been a disaster.”

Hmmm...most Presidents do tend to have a staff turnover after the midterms, and Trump's appointees have been particularly revolving door-prone...

I plan on posting my own completely updated/revised "ACA 2.0 Wish List" very soon (which will obviously have to be modified since the Dems didn't retake the Senate), but in the meantime this at least gives an idea of what Pelosi & Co. have in mind.