Connecticut: APPROVED 2019 #ACA rate hikes only 2.7%...because #ACASabotage was ALREADY BAKED INTO 2018 RATES 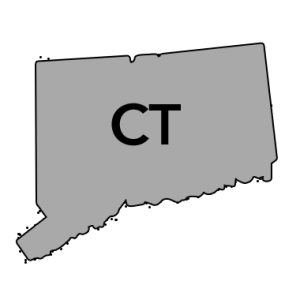 For months now, I've been trying to get people to understand that when it comes to sabotage of the Affordable Care Act, especially in terms of individual market premium increases, you have to include the impact of actions taken by Donald Trump and Congressional Republicans in BOTH 2017 and 2018, not just 2018 alone.

In 2017, the single largest factor in the ~28% average national unsubsidized premium increase for ACA plans was Donald Trump's cutting off of Cost Sharing Reduction (CSR) reimbursement payments to carriers. This alone accounted for fully half of the 2018 increase. However, there were other, smaller actions taken which added up to another 3% or so: Slashing the Open Enrollment Period in half, CMS slashing the marketing budget for the federal exchange down 90%, slashing the outreach/navigator budget down 40% and so on.

Put another way: If enough (currently) healthy people think the penalty has been repealed (or isn't being enforced) and choose not to enroll in ACA-compliant healthcare coverage as a result...guess what? The risk pool for the following year will be worse off--with correspondingly higher premiums for everyone else--whether the penalty is around/enforced or not.

Conversely, if enough healthy people think the penalty hasn't been repealed and is being enforced, and choose to enroll in ACA coverage as a result, the risk pool will be better off, again, whether or not that's the case.

The reason I'm saying all of this is because of a very interesting twist on the #ACASabotage issue for 2019: Connecticut.

When Connecticut posted their requested 2019 rate filings in July, it appeared to be fairly cut & dried: 12.3% increases, with around 5 points of that being pinned specifically on 2018 sabotage factors...namely the mandate being formally repealed and the expansion of #ShortAssPlans, both of which are expected to have a significant negative impact on the ACA-compliant risk pool.

However, today the Connecticut Insurance Dept. issued the approved 2019 rates for CT individual market policies, with pretty dramatic reductions in the rate increases...with a very interesting reason given for this.

First, here's their decisions, compared to the requested rate changes: 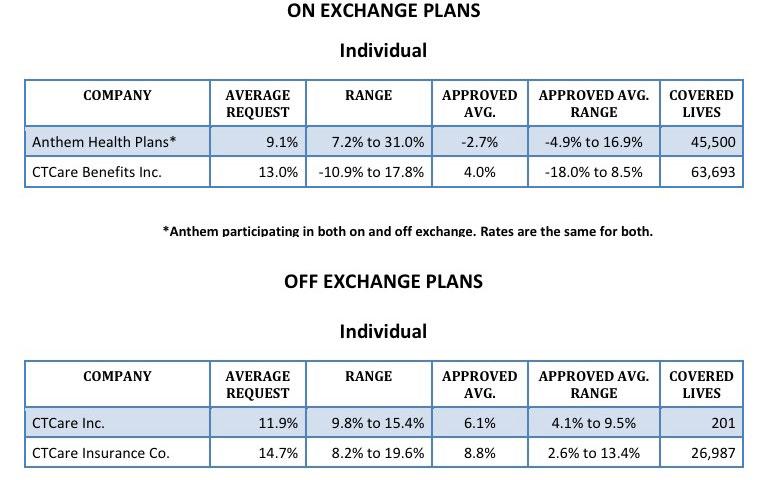 So, why such a dramatic reduction for Connecticut carriers? Well, here's what it says right on the state's insurance department website:

On September 13, 2018, the Connecticut Insurance Department issued its final rulings on 14 health insurance rate filings for the 2019 individual and small group markets. The filings were made by 10 health insurers for plans that currently cover about 293,000 people.

And there you have it.

Sure enough, when I look back at last year's Connecticut rate increases for 2018:

Other Factors: Carriers have filed to take into consideration the perceived lack of strong enforcement of the individual mandate, the lack of stability of the risk adjustment mechanism and the evolving participation of carriers in the market.

Then, when the approved rates for 2018 were posted, I noted the following:

I was just watching the Senate HELP hearings when CT Senator Chris Murphy stated that the CSR factor is "around 15%" and the individual mandate enforcement factor is around 6-8% of the total increase.

Most carriers only tacked on a point or two to their 2018 rates based on "mandate enforcement" concerns...but Connecticut carriers tacked on a full 6-8 points. The CT Insurance Dept. is basically saying that the carriers tried to double-dip with the "Mandate Penalty" factor, and busted them on it, although it's not quite that simple.

Here's an example of the final decision:

In addition, it sounds like the department doesn't think #ShortAssPlans will be that big of a deal in Connecticut:

Between the two of these developments, here's what Connecticut enrollees are looking at next year; it assumes just a 1% #ShortAssPlans factor and no mandate repeal factor...but only because unsubsidized enrollees are ALREADY PAYING that extra $38 or so per month THIS year...or around $460 apiece for the year.

Of course, that still doesn't even include last year's CSR cut-off factor, which increased rates around 9.6% by itself, or $52/month, or around $627 this year per enrollee.

While I'm at it, I should note that the CT insurance dept. also reduced the rate increases for small group plans significantly, from 10.2% to just 3.1% overall: 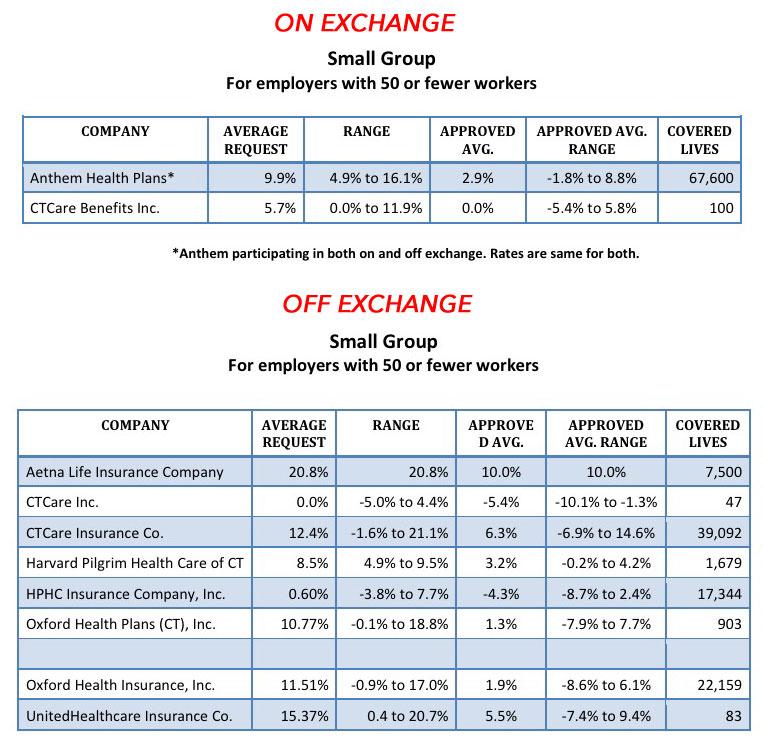