In which the insurance & drug industries realize they should've supported the ACA more in the first place. 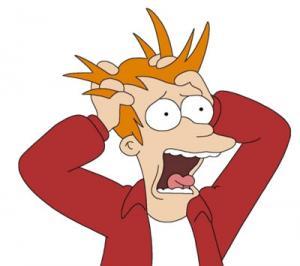 Back in the early 1990's, Bill and Hillary Clinton attempted an ambitious overhaul of the entire U.S. healthcare coverage system. Hillary was put in charge of the effort.

The backlash from the health insurance lobby was swift and furious, most infamously encapsulated in the form of the "Harry & Louise" attack ads, two of which I've posted above.

SIDENOTE: There's a lot going on here, especially in the 2nd ad:

UPDATE: Matthew Martin also raised the point that he thinks flat community rating was pretty much standard for employer-sponsored insurance even 25 years ago...and of course it's never been an issue with Medicare or Medicaid. If so, that means that Louise is, once again, referring specifically to the individual market only. As always, the indy market is where most of the controversy has been for decades.

This is all secondary to the main point of this entry, though.

While the insurance lobby complained a lot about the Affordable Care Act when it was first passed and for several years after it went into effect, they never really opposed it either. Why? Because they stood to gain something from it. They recognized the ACA as a compromise bill which would hurt them in some ways (by eliminating the ability to discriminate against people based on pre-existing conditions, requiring policies to cover essential health benefits, removing coverage caps and so forth) but which also held the promise of a profit windfall if they could figure out how to position themselves properly in the new market, via billions of dollars in federal subsidies.

And so, while they grumbled a lot, for the most part AHIP and BCBSA took a mostly hands-off approach, complaining about specific provisions of the law but never bringing unleashing their full power against it either.

Things were pretty rocky for a few years, but eventually, as of 2017, the dust had mostly settled, with most private insurance carriers finally making solid profits on ACA policies. They were over the hump and all should have been well from their perspective.

And so, they decided to band together with other powerful healthcare industry interests to express their opposition to this orange-haired bull in a china shop in the boldest of ways:

At the time, I invoked a video clip of Alec Baldwin in Glengarry Glen Ross, but the truth is, I don't think they did much more than send out these letters. No coordinated ad campaigns, no cut-off of campaign funding (I could be wrong about that one). Just...letters.

Here's the thing, though: As Trump and Congressional Republicans are gradually eating away at the Affordable Care Act using the Death by a Thousand Cuts approach (mandate repeal, #ShortAssPlans, marketing budget cuts, outreach budget cuts, Open Enrollment cuts, etc), Democrats are increasingly starting to rally around some form of a vastly-expanded public healthcare system. It may not end up being BernieCare/Medicare for All/Universal Single Payer, but the Dems have made it very clear that once they retake power in Washington, they very much intend on at least significantly reducing the role of the private healthcare industry...and this may also extend to healthcare providers as well, possibly in the form of strict price controls and so forth.

In other words, the healthcare lobby appears to have waited too long to realize that they should have embraced and supported the ACA much more strongly when they could have instead of mostly playing Switzerland (ironically, Switzerland's own health insurance system happens to strongly resemble a beefed-up version of...the ACA, except for the entire population).

Now they appear to have decided that the writing is on the wall for a Democratic takeover of the federal government, so they've decided to start preparing in response:

Powerful health-care interests worried that a Democratic “blue wave” could give new energy to single-payer health-care legislation have created a new group to take on the issue.

The formation of the Partnership for America’s Health Care Future is a sign of the health-care industry’s alarm over growing support for a single payer health-care law within the Democratic Party.

Health insurance and drug companies, who are often at odds on policy issues, banded together to form the group, which lobbyists say could run advertisements against single-payer plans and promote studies to undermine the idea.

Industry groups are worried that support for single-payer is quickly becoming the default position among Democrats, and they want to push back and strengthen ties to more centrist members of the party to promote alternatives.

“Their worry is about 2020 and it's becoming the litmus test for Democrats,” said one insurance industry source familiar with the plan to create the new partnership.

When Democrats controlled the White House and Congress at the outset of the Obama presidency, they stopped short of a single-payer system in creating ObamaCare, which the Trump administration and GOP-controlled Congress have worked to dismantle.

Look, guys...I know that I've expressed my own concerns about the Dems pushing for straight-out Single Payer too hard/too fast, but you have only yourselves to blame for this. I'm not saying that you could have stopped Donald Trump from kicking over the ACA sand castle, but you sure as hell could've tried harder...and it's not like you were exactly going above & beyond in defending the ACA before he rolled into town for the most part either.

Anyway, assuming the Democrats do retake Congress this November and the White House in 2020, don't be surprised if Harry & Louise's kids start showing up in Facebook and Twitter ads.