BREAKING: CMS does complete 180º on #SilverLoading, now actively PUSHING states to do the full #SilverSwitcharoo! 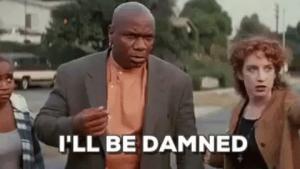 ...In recent weeks, some stakeholders have speculated that the Trump administration could block silver-loading in 2019. Several pro-ACA experts say that even though the administration may have authority to stop silver-loading, it would be a self-destructive move, especially leading up to the November midterm elections.

As I noted at the time, Verma's "raises costs" and "concern about 27 million people" made zero sense whatsoever. In any event, there was concern about whether or not they'd try to block Silver Loading, which looked even more likely a few weeks later:

However, in June, this problem appeared to be a moot point anyway:

Since then, a good half-dozen or so states have joined the Silver Loading bandwagon, either via "standard" Silver Loading or "upgrading" to "full" Silver Switcharoo status.

That last sectoin ("...in states where the issuer has placed the load on all AV level plans") is a bit of a turd in the punchbowl, since it refers to broad loading states...and broad loading is the worst way of handling the CSR load issue to begin with. Fortunately, very few states broad loaded this year, and several of them have "upgraded" to Silver Load or Silver Switch status anyway.

Here's a full explanation about how Silver Loading and Silver Switching actually work and why they're a Good Thing for ACA enrollees, both subsidized and unsubsidized.

I actually don't expect this to have that much real world impact, since at least 40 states were already planning on either silver loading or silver switching next year anyway...but it could encourage a few holdouts to jump on board, and it should also convince a few more states to upgrade to "full" Silver Switch status.

So...why is CMS doing this after mulling over banning the practice?

Well, as I said back in March, that would've been among the stupidest moves they could make, as it would raise premiums on millions of middle class and lower-income people just a week ahead of the midterms.

Some people at CMS still care about keeping healthcare costs down for the average person. Or, at the very least, someone looked at the political landscape for November and decided to do some damage control.