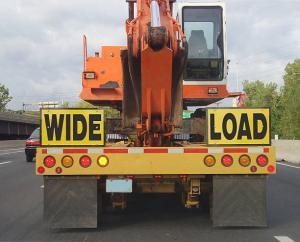 I also noted in an update that Verma gave an incoherent statement about Silver Loading:

...because a) the "27 million people" figure makes no sense whatsoever (the unsubsidized ACA-compliant individual market is only around 6.5 million total, and perhaps another 6-7 million currently uninsured altogether who could potentially be impacted in the sense that they're currently priced out of the market), and b) many of those unsubsidized enrollees would see their premiums increase if Silver Loading were prohibited in favor of "Broad Loading" CSR costs.

Nevertheless, I concluded that "Killing off Silver Loading would be an incredibly stupid move on Verma's part (even if it's legal to do so which, again, I doubt), but stranger things have happened."

Well, guess what? via Margot Sanger-Katz of the New York Times:

"A harder time finding an affordable plan" is a bit of an understatement. As I noted in my analysis yesterday, we're talking about upwards of $6 billion or more which has been carefully categorized in such a way to minimize the financial cost to millions of people...which would be completely reallocated in a way which would hurt millions of people.

Both of my healthcare wonk colleagues Dave Anderson (Balloon Juice) and Andrew Sprung (Xpostfactoid) have run the numbers on the likely outcome if Verma were to try and pull a stunt like this (it may not even be legal to do so, according to greater legal minds than I), and the results wouldn't be pretty.

The alternative would most likely be a Broad Load scenario. Last year, six states applied a uniform percentage surcharge to all plans. This meant that against a counterfactual of regular and ongoing payment of CSR, Bronze plans were less expensive than they would have been for subsidized individuals and Gold plans would be more expensive. If states that are currently using Silver Load strategies are forced to go to a Broad Load strategy, Gold plans become very expensive for subsidized buyers and Bronze plans are less likely to be zero premium plans after subsidies are applied. We should expect an additional 2% to 3% drop in enrollment from on-Exchange buyers in Healthcare.gov states due to this change.

The next question is how would this work off-Exchange? States that Silver Loaded in 2018 made sure that off-Exchange buyers who purchased Bronze or Gold plans were not touched by the CSR pricing shenanigans. Some states used Silver Switch strategies where near-clones of on-Exchange Silver plans were offered Off-Exchange without CSR being built into the pricing. This held the entire off-Exchange market harmless.

The last two sentences refer to the 20-odd states which went beyond Silver Loading to the full Silver Switcharoo strategy.

This may sound confusing (and it is), but it basically amounts to, once again, a two-tier pricing structure. Without any subsidies, most middle-class people will naturally gravitate towards the off-exchange plans which don't include any CSR load...which in turn would mean a higher chunk of that load being dumped on the other enrollees.

So, assuming no one actually drops coverage altogether, how many people would see their premiums spike in 2019 as a result of Verma insisting on "Broad Loading"? Andrew Sprung takes a crack at the math:

Under Anderson's scenario (broad loading on-exchange only), my working assumption is that broadly speaking, and with various exceptions, enrollees in silver-loading states who would be hurt by a switch to broad loading are those who a) are subsidized, b) have selected bronze or gold plans, and c) have incomes over 200% FPL.

...So, how many might be hurt by a silver loading ban? According to CMS public use files, 8,743,642 people enrolled in health plans via HealthCare.gov (74.4% of all enrollees). Approximately 1.5 million of them meet the "harmed by broad loading" category defined above...

...In the state-based marketplaces, I know that California, Maryland and Rhode Island had strong effects from silver loading, e.g. steep bronze discounts....

If the proportion of enrollees benefiting from silver loading is roughly the same in the SBMs as on HealthCare.gov, that would suggest just about 2 million nationally (17% of 11,750,000) who stand to lose if silver loading stops.

If Anderson's scenario plays out and broad loading is confined to on-exchange plans, unsubsidized enrollees will likely all move off exchange (and be held harmless by CSR price-in). Unsubsidized enrollees currently represent about 40% of the ACA-compliant individual market. Thus about 12% of the total market would likely be harmed by on-exchange broad loading. If all off-exchange ACA-compliant plans must bear part of the cost of CSR as well, the "harmed" percentage rises to 52%.

Sprung wisely uses percentages here instead of hard numbers because those numbers are going to change over the course of time anyway. My analysis yesterday places the total ACA-compliant individual market size at around 16.3 million people (9.8 million subsidized + 6.5 million unsubsidized). Sprung's math suggests that either ~2.0 million or ~8.5 million people would be hit with a significant rate hike next year.

However, this is based on the early 2018 totals; as I've noted many times, monthly exchange enrollment typically averages around 80% of the end-of-January number over the course of the full year. Assuming that's typical off-exchange as well, and assuming that pattern holds true for 2018, those numbers would be more like 1.6 million or 6.8 million people nationally.