Welcome Back My Friends to the Show that Never Ends... 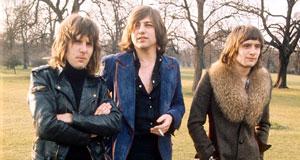 Update: The court has instead opted to dismiss the case; but states can bring action again if circumstances change i.e. Admin blocks silver-loading in 2020 and beyond. IHP story TK @nicholas_bagley @charles_gaba taking comments ! https://t.co/cPHJlmehsH

She's referring to this:

The group of 18 Democratic attorneys general who filed suit after the administration ended cost-sharing reduction (CSR) payments last October are now asking the federal court in Northern California to put the case, California v. Trump, on hold so long as a silver-loading work-around continues. But they ask the court to retain jurisdiction over the case, rather than dismiss it, to protect the AGs' ability to resume the proceedings should silver-loading stop, noting federal officials already have suggested the...

The rest of the story is behind a firewall, but the gist of it seems to be that pretty much everyone involved in the CSR reimbursement payment lawsuit (which was originally filed by John Boehner against Sylvia Burwell, to give you an idea how long this saga has lasted), including the judge in the case, has finally realized that thanks to the #SilverLoading/#SilverSwitching workaround, the entire CSR mess has kind of become a moot point for the most part.

On the other hand, seeing how Trump's HHS Secretary Alex Azar and CMS Administrator Seema Verma have been too cute by half about whether or not they'll attempt to prevent Silver Loading after 2019, the 18 Attorneys General who picked up the case (technically I believe they're defending the federal government's position here against House Republicans, although to be honest this whole thing has gotten so twisted around over the years I could be wrong about that*) are also smart enough to keep their options open in case the situation changes in the future.

In any event, Azar has already made it pretty clear that Silver Loading will be safe for 2019 (if only because he doesn't have enough time to try and stop it this year), so I think this means the whole CSR legal saga should be put on the back burner until next spring.

*(just to give you an idea of how crazy this lawsuit is, at one point former HHS Secretary Tom Price went overnight from being a plaintiff in the case (as a member of the Republican Congressional caucus) to the named defendent in the same case (as HHS Secretary). Of course he would later be forced to resign after racking up over a million dollars in excessive taxpayer-funded, chartered air travel, which means that technically speaking, the defendant changed from Sylvia Burwell to Tom Price to (possibly?) Eric Hargan, to (briefly) Don J. Wright, and finally (I think?) to Alex Azar.