The next ACA Sabotage shoe drops: Navigator/outreach funding slashed by ANOTHER 72%...and it gets worse... 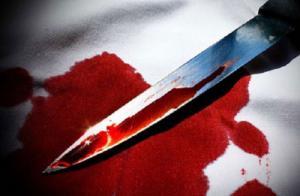 Last week I noted that after slashing the marketing budget for HealthCare.Gov, by a whopping 90% (from $100 million to just $10 million) and cutting the Open Enrollment Period itself in half (from 3 months to just 6 weeks) and cutting the navigator/outreach budget by 41% (from $59 million down to $36 million), Trump's CMS Dept. was "considering" slashing the navigator budget for 2019 down further yet:

An initial proposal by the administration would have cut the funding for the groups, known as "navigators," from $36 million last year to $10 million this year. Sources say that proposal now could be walked back, and it is possible funding could remain the same as last year, but it is unclear where the final number will end up.

...Officials announced it would cut funding from $63 million down to $36 million in August 2017, a move that was decried by Democrats.

Today, the Centers for Medicare & Medicaid Services (CMS) announced the Funding Opportunity Announcement (FOA) for the Federally-facilitated Exchange (FFE) Navigator Program for plan year 2019. Under the 2018 FOA, CMS expects to award up to $10 million for a 1-year period of performance. A minimum of $100,000 will be awarded in each of the 34 FFE states to provide assistance to Exchange consumers, starting in the fall of 2018. Awards will go to eligible grantees, such as chambers of commerce, small businesses, trade associations, and faith-based organizations.

Boom. Sure enough, they're dropping from $36 million in navigator funding to just $10 million.

The Federally-Facilitated Exchange will conduct its sixth Open Enrollment later this year.  The Exchange is now an established marketplace for individuals seeking insurance.  Last year we had our most cost effective and successful open enrollment to date. As the Exchange has grown in visibility and become more familiar to Americans seeking health insurance, the need for federally funded Navigators has diminished.  Our 2018 FOA reflects this fact.

Um...the boldfaced portions above are...highly questionable, to say the least. The claim that the 2018 OEP was the "most successful" is based on effectuated February enrollment being the highest of the 5 seasons...but that's only because they cut the OEP deadline in half, so a higher percentage of enrollees started coverage a month or two earlier. The net attrition trend will almost certainly be about the same as past years, which means December enrollment will likely be slightly lower than 2016, which had the highest total number of QHP selections.

Enrollment data from previous years show that Navigators failed to enroll a meaningful amount of people through the Federally-facilitated Exchange (FFE), and not nearly enough to justify the millions of federal dollars spent on the program. During the plan year 2018 Open Enrollment period, Navigators received $36 million in federal grants, but enrolled less than 1 percent of the entire FFE enrollment population. Navigators similarly enrolled less than 1 percent for plan year 2017, despite receiving a much larger $63 million in federal grants. During grant year 2016-2017, seventeen of those Navigators enrolled fewer than 100 people at an average cost of $5,000 per enrollee. In addition, nearly 80 percent of Navigators failed to reach their enrollment goal.

"Most cost-effective" and "the need for Navigators has diminished" are also extremely subjective. They keep measuring Navigator "performance" purely based on the sheer number of people who they enroll, but that's incredibly disingenuous. Navigators tend to enroll/assist the most difficult-to-enroll populations...people who don't speak English, people who may be illiterate, people who are low-income or poorly educated and so forth. In short, the types of people who need the most assistance and who I presume are least likely to walk into an insurance broker's office.

To be honest, I have no idea what the "appropriate" budget is for the Navigator grants, but I do know that millions of people still need a lot of hand-holding.

...Additionally, this FOA includes a new requirement that Navigator funding will be based on performance from previous years to ensure accountability within the program and avoid rewarding grantees that have failed to meet performance measures. Applicants will also be encouraged to demonstrate how they provide information to people who may be unaware of the range of available coverage options in addition to qualified health plans (QHPs), such as association health plans, short-term, limited-duration insurance, and health reimbursement arrangements (HRAs). Under the FOA, CMS will give priority to applications demonstrating innovative and cost-effective approaches in reaching enrollment goals.

Yeah, that's right: Under the Trump Administration, ACA navigators will be "encouraged" to try and enroll people in non-ACA compliant policies...including junk plans which don't have to cover pre-existing conditions or include the ACA's essential health beneifts.

In the 2019 Payment Notice, CMS finalized changes to increase flexibility in the Navigator program by removing the requirement that each Exchange must have at least two Navigator entities and that Navigator entities must maintain a physical presence in the Exchange service area. Removing these requirements will help to lower operating costs and focus on enrolling consumers as well as enable grantees to engage in digital and online outreach to reach a broader audience.

I'm not sure what this part means or whether it's a good or bad thing, to be honest.

Last year, in response to the navigator/marketing cuts, there was a massive grassroots mobilization by volunteer activists and third-party organizations to counter Trump's efforts to quash the 5th Open Enrollment Period. Folks like Get America Covered, the ACA Signup Project and, of course, my own efforts here at ACA Signups (duh!), among others, helped get the word out. Meanwhile, 9 states which operate their own ACA exchange stuck with longer Open Enrollment Periods (some by only a week or so, while others like CA, NY & DC kept to the full 3 month window).

The only good news here, such as it is, is that the ACA Signups Project is already ramping up for the 2019 Open Enrollment Period, and intends to hit the ground running early with even more volunteers to help spread the word.

UPDATE: WHOA. A Twitter friend of mine makes an excellent additional point:

Isn’t nav funding from a service fee on compliant plans? So navs would be using insurer money to steer people elsewhere?

Yup...this is exactly correct. HC.gov charges carriers 3.5% of the premiums to pay for the cost of operating HC.gov...including the very marketing, navigator programs and other outreach which they've been slashing to the bone. But here's the thing...they're cutting the marketing and outreach budgets by tens of millions of dollars...but aren't cutting the carrier fee. It's still the same 3.5% that it's been in prior years, and in fact they're raising it from 2% to 3% for the five states which are "piggy-backed" onto HC.gov (Oregon, Nevada, New Mexico, Arkansas and Kentucky).

The insurance companies aren't gonna be too happy about some of their money being used to "encourage" people to enroll in non-ACA policies (keep in mind that while some ACA carriers also offer Short-Term and Association plans, I believe for the most part those are offered by other carriers which don't participate in the individual market.

In other words, ACA carriers like Molina or Blue Cross are going to end up paying to help lose their own enrollees to bottom feeders like "Freedom Life" and the like.

UPDATE x2: My friend KT (who happens to be an ACA navigator herself, or at least used to be...) also confirms that the "only 1% enroll via navigator" measurement is a big pile of hooey:

It can't be that navigators enrolled just 1% of hc..gov enrollees in 2017. Can it? https://t.co/oequyHMLpg https://t.co/IsEVYwfrjC

It depends how they’re defining “enrolled”. If you attend a navigator event, they answer a ton of questions for you, but you then go home and actually enroll online yourself, they helped you but won’t get credit for it. cc: @kellakelWV @TheNewGenou @heatherjbates

Yep, they are just counting where the nav actually got to the point in the app of entering their nav ID number. We guide many, many more via phone and in person who ultimately finalize things on their own