THERE WILL BE MATH: The Silver Switcharoo: How to make Trump's CSR sabotage backfire. 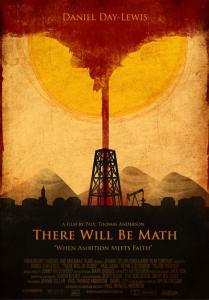 UPDATE 9/27/17: It now looks extremely likely that CSR reimbursement payments will not be guaranteed for 2018 (they may or may not be paid, mind you, but it's unlikely that they'll be legislatively appropriated, which amounts to the same thing as far as most insurance carriers are concerned). With this in mind, I'm re-upping this rather wonky/in-the-weeds tutorial about the #SilverSwitcharoo, since it looks like at least 6 states (California, Connecticut, Florida, Idaho, North Carolina and Pennsylvania) are likely to end up using it this fall.

UPDATE 10/12/17: Welp. Sure enough, Donald Trump is indeed officially planning on pulling the plug on CSR reimbursement payments. Several healthcare wonks, including myself, have been tracking how different states are handling the CSR load issue; so far it looks like 22 are "Silver Loading" and 10 are going "full Silver Switcharoo". This may change over the next week or so, however.

*(At least one carrier in Georgia)

(Special thanks to folks like Josh Schultz, David Anderson, Andrew Sprung, Amy Lotven, Wesley Sanders and others for helping me make heads or tails out of the CSR brouhaha)

Based on these ratios, here's a scenario for you:

Let's suppose you run an insurance company currently offering a Bronze, Silver, Gold and Platinum individual market plan both on and off the ACA exchange. You currently (2017) have a total individual market enrollment of exactly 16,000 people, broken out as follows (the on exchange breakout is based on actual OE4 enrollment data; the off exchange breakout is unknown, but Andrew Sprung thinks it's roughly a 40/40/20 Bronze/Silver/Gold split, which sounds about right to me).

Let's further say that the average unsubsidized premiums and deductibles for each of the above are as follows (regardless of on/off exchange & w/out accounting for CSRs):

(I'm basing these on the average 2017 premiums/deductibles according to HealthPocket...I rounded them off to even numbers)

Next, let's assume that you'd normally be increasing all of your policy premiums by around 10% apiece next year based on actual medical inflation and the reinstatement of the ACA carrier tax, while keeping the deductibles the same. That would mean the following 2018 premiums:

(Note: I'm not even going to get into the other types of sabotage Trump/Price/the GOP are attempting such as not enforcing the mandate penalty, etc)

Finally, let's say that assuming all 16,000 people were to renew their existing policies for 2018, the average CSR assistance provided to the 6,100 receiving it would be $1,000 even for all of 2018. That's a total of $6.1 million in anticipated CSR payments which the carriers have to contend with in the event that CSR reimbursements are cut off.

OK, got all that?

Now you have to consider the other looming possibility: CSR payments being cut off completely for all of 2018. You're still legally required to pay out the CSR assistance for qualifying on-exchange Silver enrollees, but you won't be reimbursed by the Trump Administration for your troubles. You have five options:

Options number 1 and 2 are the biggest worry for the 2018 enrollment period...some carriers have already decided that the indy market is too much of a mess and have effecitvely thrown their hands in the air, pulled a Cartman from South Park and said "screw you guys, I'm going home!"

Option number 3 (spreading the CSR costs across all plans equally) is what most articles about the CSR crisis have assumed (including this one by myself). If #3 were to happen, then:

That's fully 38% of the individual market getting hit with an extra 5-9% rate hike purely because Donald Trump and the GOP continue to be jackasses over appropriating the CSR program.

Option number 4 (loading the CSR costs across just Silver plans) seems the most logical/"reasonable" since Silver plans are the only ones which qualify for CSR help anyway. That's around 9,700 enrollees (7,600 on exchange, 2,100 off exchange).

Far fewer people would be hurt this way...but they'd be hurt by far more: 20% of the individual market would be hit with an extra 13% rate hike, purely to salve Trump's ego.

This, too, would be unacceptable.

HOWEVER...there's also option number 5. This is the goofy workaround that Covered California appears to have already decided upon, and which other insurance carriers and state regulators appear to be moving towards. Here's how that would work:

Assuming the state regulators signed off on the "Silver Switcharoo" plan, here's what rates would look like for 2018:

At first, this sounds even worse: Fewer people screwed, but they'd be screwed by even more, right? Also, why would anyone off-exchange buy Silver Plan A when they could get virtually-identical Plan B for 13% less?

The answer to the second question is simple: They wouldn't. In fact, the insurance carriers would probably not promote Silver Plan A to their off-exchange market at all...it would be listed in their official product offerings, but completely ignored in all marketing materials and so forth; Silver A would become a phantom plan for the off-exchange market. They'd actively promote Silver Plan B off exchange, however.

The 6,100 CSR recipients would still receive CSR assistance and would see their APTC assistance increase by another $67/month, so their rates likely wouldn't go up at all, or only nominally.

The 400 on-exchange Silver plan enrollees who receive APTC but not CSR would also see their APTC increase by $67/mo, and again, wouldn't notice much of a change in what they actually pay.

Finally, there's the 1,100 on-exchange Silver plan enrollees who don't receive any subsidies. They would see their rates increase by $67/month...but there's a simple solution for them:

Assuming those 1,100 people did exactly that, along with the 2,100 off-exchange Silver enrollees switching to "Plan B" and the other 12,800 people were to renew their exact same plan, then theoretically what would happen is this:

In other words, at this point, the insurance carriers and state insurance regulators have effectively nullified Donald Trump's CSR sabotage threat completely: Everyone pays exactly (or almost exactly) what they'd be paying otherwise anyway, the federal government still has to pay out the CSR funding (just from a different account), and Trump looks like the impotent idiot that he is. This would require the carriers to do a lot of confusing plan refomulation, and nearly 20% of individual market enrollees would have to "switch" from their current Silver plan to a "new" Silver plan which is virtually identical (and which would have to be purchased off-exchange), which would understandably confuse the hell out of everyone...but it should do the trick.

HOWEVER, there's still more to the story! Stay tuned...

OK, here's the other half of the story:

First: Remember, the formula for determining ACA exchange tax credits is based primarily on the benchmark Silver policy premium available in your area. If the benchmark premium goes up...so does the amount of the tax credit.

Second: Remember that unlike CSR, which is only available to on-exchange Silver enrollees, APTC assistance can be applied to ANY metal level plan.

That means that if you qualify for, say, $100/month in APTC based on the Silver plan, you don't have to use it towards Silver...you can apply it towards a Bronze, Gold or Platinum plan instead.

What does that mean in practice?

Well, it means that in the "Option 5" scenario above, those 9,100 APTC exchange enrollees would suddenly find themselves with an extra $67/month to apply towards whatever plan they want.

However, there'd be another 3,000 subsidized exchange enrollees who'd have an extra $67 to shop around with. Roughly 79% of APTC enrollees currently have Silver plans, and another 19% have Bronze; very few people receiving APTC use them for Gold or Platinum for obvious reasons, so the breakout would be roughly:

The tiny number of subsidized Gold and Platinum enrollees will stay right where they are, thank you very much!

However, those 2,100 Bronze and Silver enrollees, who earn between 250% - 400% of the federal poverty line, will suddenly find themselves with an unexpected windfall of sorts: Around $67 extra per month which they could use to upgrade. And why wouldn't they? After all, take another look at the new, 2018 on-exchange pricing structure:

Notice anything about the Gold plan price? It's only $53 more at full price than the Silver plan. The silver enrollee could actually end up getting a Gold plan for $14/month less than they'd pay for their current Silver plan...which in turn would drop their deductible down from $3,500 to just $1,200!

Alternately, many of them who'd otherwise be paying $67/month or less for a Bronze plan could end up getting a Bronze for nothing in premiums (they'd still have the high deductible, of course).

And guess who would have to foot the bill for the extra $67/month in additional APTC? Why, the federal government (ie, the Trump Administration), of course!

How much extra money are we talking about here? Well, in addition to the $5.7 million for CSR recipients (which doesn't really count, since that money is already supposed to be paid out anyway), I think it would be roughly:

If my estimates and calculations are correct...and I admit I could be off on some of them...Donald Trump's attempt at sabotaging the CSR program could potentially end up resulting in the federal government having to pay out around $2.4 billion MORE in financial subsidies to ACA exchange enrollees than it would otherwise have to.

Of course, this assumes a whole bunch of stuff happens:

However, assuming most carriers/states are game, Trump's sabotage attack could not only end up being cancelled out, he could unintentionally end up causing more people to receive more financial assistance...all on his administration's dime.

UPDATE: Holy Smokes! Thanks to David Anderson of Balloon Juice for calling my attention to this analysis done by the Kaiser Family Foundation back in April which took a different methodolgical approach to this very scenario...and came to the following conclusion:

Any systematic increase in premiums for silver marketplace plans (including the benchmark plan) would increase the size of premium tax credits. The increased tax credits would completely cover the increased premium for subsidized enrollees covered through the benchmark plan and cushion the effect for enrollees signed up for more expensive silver plans. Enrollees who apply their tax credits to other tiers of plans (i.e., bronze, gold, and platinum) would also receive increased premium tax credits even though they do not qualify for reduced cost-sharing and the underlying premiums in their plans might not increase at all.

We estimate that the increased cost to the federal government of higher premium tax credits would actually be 23% more than the savings from eliminating cost-sharing reduction payments. For fiscal year 2018, that would result in a net increase in federal costs of $2.3 billion. Extrapolating to the 10-year budget window (2018-2027) using CBO’s projection of CSR payments, the federal government would end up spending $31 billion more if the payments end.

This assumes that insurers would be willing to stay in the market if CSR payments are eliminated.

The point is that as amusing and ironic as the Silver Switcharoo workaround would be, it's also messy, confusing and while it would solve several problems, it would potentially also create a few more...which is why it should only be used if absolutely necessary.

The real solution, of course, is for Congress to appropriate the Goddamned CSR payments already.