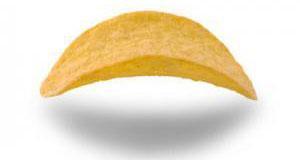 The Senate on Wednesday narrowly rejected President Trump's plan to claw back roughly $15 billion in spending approved by Congress earlier this year.

(Note: It was approved by Republicans in Congress earlier this year.)

In a 48-50 vote, senators failed to discharge the measure from committee. A majority vote was needed.

GOP Sens. Richard Burr (N.C.) and Susan Collins (Maine) joined 48 members of the Democratic caucus in voting against bringing up the bill.

...Congress had until Friday to pass the rescissions package, which passed the House last week, by a simple majority. Normally, because of Senate rules, spending bills must get 60 votes.

The White House first proposed the rescissions package in May, but revised its request earlier this month. The revised measure dropped the amount of spending expected to be clawed back from roughly $15.4 billion to approximately $14.7 billion.

The revision stripped out provisions targeting federal highway funding after a Government Accountability Office analysis warned it may not legally be eligible for rescissions. A growing Ebola outbreak in Congo also led the White House to remove provisions slashing emergency funds to combat Ebola.

But critics of the plan have seized on the fact that approximately half of the spending, $7 billion, comes from two accounts in the Children's Health Insurance Program (CHIP).

Hmmm...wait a minute. If 48 Republican Senators voted to slash CHIP funding and Burr and Collins were the only ones to vote against it, that means that one of the "Yes" votes had to be...