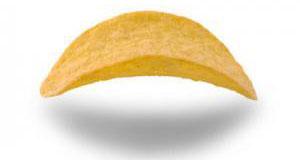 If you watch the clip, Orrin Hatch says again and again that he likes the CHIP program, he authored it, and it's going to get extended.

Hatch then made a general comment about government spending and liberal programs, which he said have resulted in many people unwilling to help themselves.

Hatch was making a broader argument, NOT saying they shouldn't fund CHIP.
He is the author of the bill that would extend the program.

Perhaps inelegantly stated, but wrong to say Hatch is accusing children of not helping themselves, etc.

Fair: He is pushing a large tax cut while complaining about not having any money. And Rs failed to extend CHIP when it expired Sept. 30.
Not fair: Hatch isn't saying they won't or shouldn't fund CHIP. He said they would and should and it's his bill.

UPDATE: Per @StevenTDennis thread & others, the full clip shows that @SenOrrinHatch’s comments were about social program spending in general, but he specifically separates out #CHIP as being *appropriate* spending. I've deleted my earlier tweet on this. Context matters. https://t.co/GZ8eg8hpMI

This doesn’t change the fact that he & the GOP are still gunning for Medicaid/Medicare/SSI/etc, nor the fact that they SHOULD have renewed #CHIP *MONTHS* ago (BEFORE it expired), but on *this particular point*, Hatch's quote was indeed taken out of context.

In addition, as @joanmccarter notes, he ALSO says this, which pretty much contradicts the rest of his statement:

This is why, while I did *delete* my earlier tweet, I’m *NOT* going to “apologize” for it either. He basically rambled & contradicted himself several times.

He basically said "CHIP is awesome, and we ARE gonna fund it...but we don't have the money...because we just slashed $1.5 Trillion for no reason at all...but we'll find a way...but screw lazy poor people...(wash, rinse, repeat)..." making it impossible to make sense of.

In short, Hatch is either confused or he's deliberately showing deliberate cognitive dissonance. The CHIP program cost the federal government about $14.5 billion in 2016 to cover 8-9 million children. Assuming inflation and enrollment growth, I presume it would cost perhaps $15-$20 billion per year to renew for, say, another 5 years, or $75 - $100 billion total.

And, of course, CHIP program funding has always been renewed by Congress before it expired with a minimal amount of fuss and bother...yet it actually expired over two months ago, causing many states are to already be on the verge of running out of their reserve funding even as I type this.

SO FUND THE GODDAMNED PROGRAM.

If you think other social programs are wasteful spending going to lazy leeches on society, blah blah blah, fine, go ahead and complain about those programs...but YOU JUST STATED REPEATEDLY THAT CHIP IS NOT AMONG THOSE "UNDESERVING" PROGRAMS, SO FUND IT. NOW.

Furthermore, as noted above, the REASON we "don't have any money anymore" is because you just voted to wipe out $1.5 trillion in federal revenue to give fat tax cuts to billionaires, making complaining about funding for CHIP the height of chutzpah and hypocrisy.

Therefore, again, I deleted my original tweet, but I'll be damned if I'm going to apologize for it.