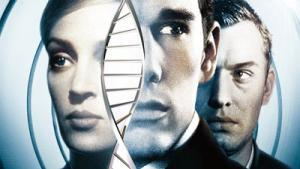 By far, the most popular provisions of the Affordable Care Act is that it mandates Guaranteed Issue (GI) and Community Rating (CR) rules to all major medical healthcare insurance policies in most of the United States (all 50 states, plus DC...most ACA provsions don't apply in Puerto Rico, Guam and other U.S. Territories). These provisions state, quite simply, that insurance carriers can no longer discriminate against enrollees based on their physical or mental health status or history, their gender and so on, and can therefore no longer use medical underwriting to either cherry-pick who their enrollees are or how much they're charged in premiums for a given policy.

With the looming threat of the jaw-droppingly insane #TexasFoldEm lawsuit suddenly hanging over everyone's heads, there's yet again a very real threat that GI and CR could be stripped away again in most states (a handful have them codified at the state level). Last year we faced this threat via legislation (the various GOP repeal/replace bills); this year it could happen via judicial decision.

In light of that, this article caught my eye over a year ago when we were all watching this play out the first time around:

If you think your genetics are your own personal beeswax, think again. Amidst all the hoopla surrounding the Affordable Care Act this week, the House GOP quietly pushed forward a bill – HR 1313 – that would make it legal for employers to demand genetic testing from workers. Workers who refuse could be penalized for thousands of dollars.

*[an update clarifies that this isn't quite accurate--the bill would have allowed employers to collect this type of data from the employees and their family members if they participated in a wellness program, however.]

On Wednesday, a House committee approved the bill with "all 22 Republicans supporting it and all 17 Democrats opposed," according to Business Insider:

"What this bill would do is completely take away the protections of existing laws," said Jennifer Mathis, director of policy and legal advocacy at the Bazelon Center for Mental Health Law, a civil rights group. In particular, privacy and other protections for genetic and health information in GINA and the 1990 Americans with Disabilities Act "would be pretty much eviscerated," she said.

And according to PLOS:

A May 16, 2016, ruling from the Equal Employment Opportunity Commission laid the groundwork for penalizing employees who refuse to answer questions about their or their spouses’ health. This could amount to thousands of dollars a year, according to a report from the Kaiser Family Foundation. H.R.1313 would make that even worse.

"It would further permit workplace wellness programs to penalize much more severely employees who wish to keep their genetic and health information private, allowing penalties of up to 30 percent of the total cost of an employee’s health insurance,” Dr. Cox writes. And the Public Health Service Act permits an increase to 50%. “Penalties of this magnitude would compel Americans to choose between retaining the privacy of their health and genetic information and accessing affordable health insurance.”

Yesterday the bill passed its first “mark-up session,” and will either head for the next markup with the Ways and Means Committee or become part of a package of health-care-related bills that goes to the House floor soon, according to Derek Scholes, PhD, the American Society of Human Genetics’ (ASHG) director of science policy, who attended the session.

The good news is that the bill apparently never passed, and was lost in the shuffle of the half-dozen failed ACA repeal bills the GOP tried to push through.

The bad news is that it's pretty damned obvious to anyone paying attention that repealing GINA would be among the things the now fully white supremacist Republican Party would do under Donald Trump if they retain complete control of the federal government after the midterms this November. This would be completely in line with every other policy of the Trump Administration to date.

With that in mind, I thought it'd be a good idea to take a closer look at one of the laws referenced (GINA, aka the Genetic Information Nondiscrimination Act of 2008). Much thanks to Tom Auchterlonie for the heads' up).

The Genetic Information Nondiscrimination Act of 2008(Pub.L. 110–233, 122 Stat. 881, enacted May 21, 2008, GINA, pronounced Jee-na), is an Act of Congress in the United States designed to prohibit some types of genetic discrimination. The act bars the use of genetic information in health insurance and employment: it prohibits group health plans and health insurers from denying coverage to a healthy individual or charging that person higher premiums based solely on a genetic predisposition to developing a disease in the future, and it bars employers from using individuals' genetic information when making hiring, firing, job placement, or promotion decisions. Senator Ted Kennedy called it the "first major new civil rights bill of the new century." The Act contains amendments to the Employee Retirement Income Security Act of 1974 and the Internal Revenue Code of 1986.

A couple of other observations:

It's also worth noting that there are still some major holes in GINA, although some fall into more of a grey area than others:

Today, life-insurance companies can legally deny applications from people based on their genetic tests. In Fast Company last year, Christina Farr wrote about a 36-year-old woman whose life insurance application was denied because her medical records noted she had tested positive for the BRCA1 breast cancer gene. The life insurance market works differently from health insurance, and there are business arguments for treating them differently. On the other hand, applicants who know they have a cancer gene can take steps to mitigate their risk.

Another area GINA does not cover is education. In 2012, a school district in Palo Alto, California, pulled a boy out of class because he had tested positive for a gene for cystic fibrosis. (His school had two other kids with cystic fibrosis; patients with the disorder have to be kept apart to prevent the spread of contagious infections.) The boy didn’t actually have cystic fibrosis, according his parents, who sued the school district last year under the Americans With Disabilities Act. Despite a genetic test being at the heart of the case, GINA didn’t apply because it didn’t involve employers or health insurance. At a time, a lawyer noted, “This case is an useful reminder about the limitations of the federal statute.”

Some states have passed broader protections against genetic discrimination. California, for example, has CalGINA, which also prohibits discrimination in medical care, housing, mortgage-lending, and participation in state-funded programs. But there hasn’t been much political momentum lately to expand GINA protection nationally—even as the genetic testing market has grown by leaps and bounds and the National Institutes of Health looks to enroll a million people in its Precision Medicine Initiative.

In any event, the good news (such as it is) is that GINA should prevent insurance carriers from dooming people to suffer or die based on their genetic makeup even if the ACA's guaranteed issue & community rating provisions are stripped away. The bad news (beyond that happening, that is) is that you can be damned certain that plenty of carriers and/or corporations will still try to do so anyway, comfortable in the knowledge that the U.S. Department of Justice no longer gives a damn. And of course, as noted above, genetic mapping/fingerprinting/testing has advanced dramatically over the past decade, so there's far more information at their disposal if they choose to ignore the law.

It's also important to point out that even if you set aside genetic data, millions of people have been free to openly discuss their medical conditions in public for the past 5 years...which means that if GI/CR rules are repealed, anyone who has ever mentioned anything about their medical history (or that of their family members) on social media, for instance, would likely be screwed.