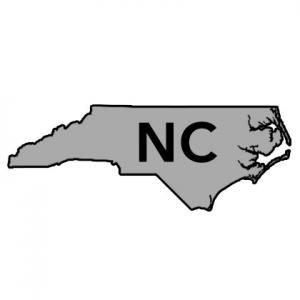 The bill passed 40-9 and now goes to the House. It would affect people who need to buy individual health insurance policies instead of coverage via an employer or government program, such as Medicare or Medicaid.

...Former Iowa Insurance Commissioner Susan Voss said she’s concerned about the precedent of exempting an insurer from virtually all regulation. “It just doesn’t seem right,” she said in an interview.

The bill would declare that the new coverage would not technically be insurance, so it wouldn’t have to follow state or federal rules. Voss, a Democrat, scoffed at that. “If it walks like a duck and quacks like a duck, it’s a duck,” she said. “This is insurance.”

Voss agreed with the proposal’s backers that Wellmark and the Farm Bureau are strong Iowa organizations with long track records. But she said consumers should still be aware that if something goes wrong with the new type of coverage, they could not seek help from state regulators. For example, she said, the insurance division can now respond to complaints that an insurer is refusing to pay medical bills or has unfairly dropped a customer who developed a costly illness. Under the proposed arrangement, the division would have no oversight of the new health plans.

Underwriting guidelines regarding particular conditions may necessitate a benefit exclusion rider, a member exclusion rider or an adjusted rate for coverage. There will be a 6-month or 12-month waiting period for pre-existing conditions, depending upon the plan chosen.

Yeah, that's right: These are the exact same policies which used to be sold on the individual market before the Affordable Care Act: They ask a bunch of nosey questions about your medical history and health status, they can make you wait up to a year before your policy kicks in, they can charge you a ton extra if they come up with anything they don't like, and yes, you have to do all the legwork and pay for getting all the records they want together.

Well, even as blue states like New Jersey, Maryland, Hawaii, California and Illinois have been passing laws to protect critical ACA protections, red states like Iowa, Idaho, and now North Carolina have been moving completely the opposite direction, as Louise Norris reports:

Lawmakers in North Carolina have been considering a bill (HB933) that would make it easier for school districts in the state to recruit school psychologists — a measure that passed unanimously in the House in May. But in June 2018, Republicans in the Senate Health Care Committee began overhauling the bill, adding language that would open the door to allowing the North Carolina Farm Bureau to sell health plans that aren’t compliant with the ACA.

North Carolina Farm Bureau hasn’t clarified the details of the type of coverage they’d want to offer, but they’ve indicated that it would have to be medically underwritten. That would mean that people with pre-existing medical conditions would either be ineligible for coverage under the plans, or would have to pay higher premiums or be subject to pre-existing condition exclusions (this is how all health insurance worked in the individual market in most states — including North Carolina — prior to 2014, but the ACA banned that practice, with the exception of “excepted benefits,” like short-term health insurance).

Tennessee has allowed Farm Bureau plans to be sold for many years, and opted prior to 2014 to allow those plans to continue to be sold (they’re not considered health insurance, so they’re not regulated the way other health plans are, and are thus allowed to continue to be sold, despite not being compliant with the ACA). Allowing healthy people to purchase less expensive, non-ACA-compliant coverage has been detrimental to Tennessee’s ACA-compliant market, leaving it with a sicker risk pool than other states.

Iowa enacted legislation in 2018 that will allow the Iowa Farm Bureau to partner with Wellmark to offer non-ACA-compliant plans. The plans are expected to be available for purchase in late 2018, with coverage effective in January 2019. North Carolina Senate Republicans’ proposal would allow similar plans to become available in North Carolina.

As Norris noted above, the North Carolina GOP is doing the opposite of the infamous "poison pill" route: Instead of adding a terrible amendment to a popular bill in an attempt to get the entire bill shot down, they're doing so because it's likely the only way to get the amendment signed into law:

The Health Care Committee’s addition to the bill did not get a vote when it was introduced, but a vote could come at the next committee meeting. If it gets added to the bill, it would make a universally popular bill — to help schools recruit psychologists — suddenly divisive.

Norris goes on to notice that if this happens, NC's situation would actually be closer in one way (not just geographically) to Tennessee than Iowa. Iowa, at the very least, did expand Medicaid (although they did it via the "private option" route along the lines of Arkansas); neither Tennessee nor North Carolina have done so. So how would this impact the NC risk pool?