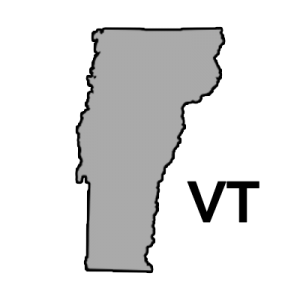 In March 2018, the Vermont House of Representatives passed H.696 to implement an individual mandate in the state of Vermont. The Senate also passed the legislation, but without the January 1, 2019 effective date that the House had included. Ultimately, members from both chambers formed a conference committee and agreed on a compromise, calling for the state’s individual mandate to take effect on January 1, 2020. The bill was sent to Governor Scott on May 22, and he signed it into law on May 28.

So there will be no individual mandate penalty in Vermont in 2019 (since the ACA’s penalty will reset to $0 after the end of 2018), but that will change the following year, with the implementation of Vermont’s state-based individual mandate. Although there will not be an individual mandate in Vermont in 2019, the legislation calls for the Department of Vermont Health Access to “engage in coordinated outreach efforts to educate Vermont residents about the importance of health insurance coverage and shall assist Vermont residents with identifying the coverage options for which they are eligible and with selecting and enrolling in coverage” both before and during open enrollment for 2019 plans (November 1, 2018 through December 15, 2018).

The specifics of how Vermont’s individual mandate will work are not part of the legislation, however, and will be sorted out between now and 2020. The House’s initial version of the bill included those specifics (it would have been largely identical to the ACA’s individual mandate, including the same penalty amounts), but the version of the bill that the House passed eliminated all of the details.

Instead, the House opted to leave the specifics of the mandate implementation and enforcement up to a working group, which will meet in the summer and fall of 2018. The House’s legislation simply stated that Vermont would have an individual mandate as of 2019, and tasked the working group with developing “recommendations regarding administration and enforcement of the individual mandate to maintain minimum essential health coverage.”

Strike Two: Um...yeah. The text of the bill as signed into law doesn't appear to even state how much the penalty itself will be. The original version passed by the House was exactly the same as the ACA's original penalty (either $695/person or 2.5% of the household income), but the final version has that entire section struck out, and instead simply says:

It is the intent of the General Assembly that the individual mandate to maintain minimum essential coverage established by this act should be enforced by means of a financial penalty or other enforcement mechanism and that the enforcement mechanism or mechanisms should be enacted during the 2019 legislative session in order to provide notice of the penalty to all Vermont residents prior to the open enrollment period for coverage for the 2020 plan year.

...and so forth. Basically, the "working group" has a year to come up with the actual penalty or "other enforcement mechanism", which means it could be just about anything...a financial penalty? A 6-month effectuation delay (similar to the GOP's failed BCRAP replacement bill last summer)? Loss of Xbox privileges (that one works pretty well with our son)? Who knows?

It also would've been nice if the Vermont version of the mandate bill had been attached to a reinsurance or direct subsidy bill the way that the New Jersey version is, to lower prices for those earning too much to receive official ACA subsidies. However, Vermont already provides their own supplemental subsidies for most enrollees on top of those provided by the ACA, so that's a quibble...and without knowing how much the penalty is, there's no way they could do that anyway.

Even so, in terms of framing and momentum, it's good to see a third state step up to counter sabotage of the ACA. The District of Columbia could soon become the fourth "state" to do so as well.