Michigan: No 2019 ACA rate filings yet, but let's take a look at transitional/short-term plans... 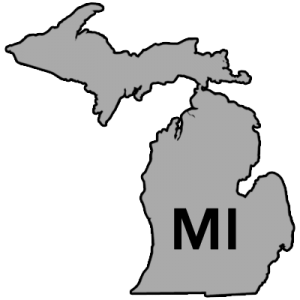 Aside from Virginia, it's likely going to be another month or so before the 2019 ACA policy rate filings start trickling in, since the deadline for initial rate requests isn't until late June in most states. However, there's some interesting non-ACA policy filing stuff which is available as well. Given all the concern about non-ACA compliant policies siphoning healthy people away from the ACA market, I figured I should take a look at a few of these.

Here in Michigan, I've found three such filings: One is for "transitional" plans from Golden Rule (a subsidiary of Unitedhealthcare, I believe). The other two are for "short-term" plans (the type which Donald Trump is basically removing any regulation on).

Interesting: Technically speaking, "transitional" or "grandmothered" policies are referred to as "Non-Grandfathered Immediate Market Reforms" plans. "Grandfathered" plans are those enrolled in before the ACA was signed into law in March 2010. These plans are those enrolled in between March 2010 and late 2013, before all new individual market policies had to be fully ACA-compliant.

At first glance, it looks like after raising premiums by 17.5% this year, Golden Rule isn't changing their prices a bit in 2019. However, the cover letter clarifies that they may do so later; they appear to just be getting the rest of the paperwork in order at the moment:

In addition, it's important not to be fooled by "number of policyholders affected"...that refers to households. The actual relevant number is the number of covered lives, which is over twice as many: 14,165 people:

...except here comes the reasons why they cost about half as much. From the accompanying enrollee cover letter: 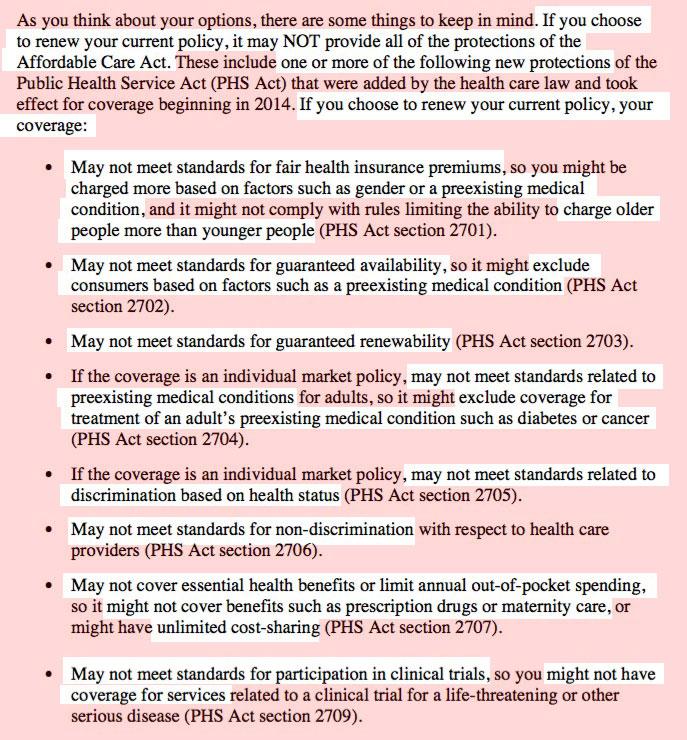 "But other than that, how was the play, Mrs. Lincoln?"

Next up, short-term plans from Philadelphia American Life Insurance Company:

Wow! Look at that--a 40-year old adult can enroll in one of these awesome policies for as little as $116/month! Wait, make that as little as $38/month! Fantastic! 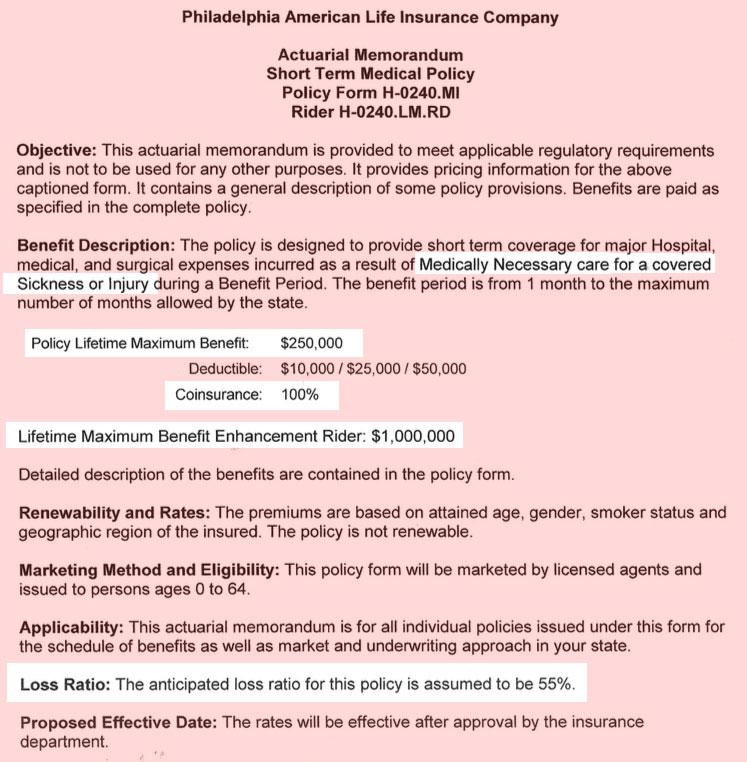 Yup. In addition to the $10,000 - $50,000 deductible (per person, not per policy), there's also a maximum benefit cap of $250,000 with an option for up to $1,000,000 (granted, these are supposed to be "short-term" plans, so you normally wouldn't be very likely to hit those anyway...but under Donald Trump's vision, people would use these as full-time policies and would be able to renew them, so yeah, that $250K cut-off could hit a lot of people pretty quickly. In addition, there's a hell of a caveat at the top: "medically necessary" care "for a covered" sickness or injury. Guess who defines what's "medically necessary"? And the list of "what's covered" could be pretty skimpy.

Finally, here's Priority Health's short-term plan filing. They don't actually include much info on the actual policies, but I did find one noteworthy bit of info which speaks to the danger of Trump's #ShortAssPlans strategy.

According to Priority Health, enrollment in their short-term plans exploded from 213 people in January 2011 to over 1,000 in August 2014 (2014 was the first year that new policies had to be fully ACA-compliant):

It was shortly after this that the Obama Administration cracked down on STPs, restricting them to no more than 3 months per year and not allowing them to be renewable; in other words, people could only use them for actual short-term needs but were required to enroll in comprehensive policies long-term. As a result, while enrollment in Priority's STPs did continue to grow, the pace slowed down dramatically: It was up to around 1,500, give or take, each month throughout 2017:

With Trump not only tearing away any limits on STPs but also actively encouraging people to enroll in them and killing off the individual mandate, enrollment in these types of junk plans is virtually guaranteed to explode next year...destroying the ACA-compliant market for unsubsidized enrollees.

One more thing: Did you notice the loss ratios for both the Philadelphia and Priority Health short-term plans? 55% and 56% on average.