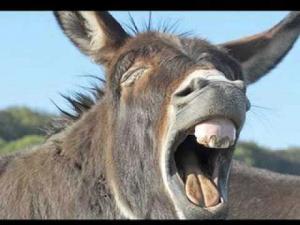 This morning I took a look at the "Short Term, Limited Duration" policies (aka "Short-Term Plans"). Now comes the other half of Donald Trump's #ShortAssPlans executive order: "Association Plans".

I've obviously already written a bunch of stuff about this, including links to a few impact projection analyses, but this one was put together by Avalere Health on behalf of America's Health Insurance Plans (AHIP), which is one of the two major insurance carrier lobbying groups (the other one is BCBSA). On the surface you may expect a whitewash: "Oh, look at that, a report commissioned by Big Insurance is releasing a report claiming that these policies would be awesomesauce, big surprise!"

However, the actual analysis is quite different than what you might expect:

A recent Department of Labor’s (DOL) proposed regulation would seek to broaden access to AHPs by expanding eligibility and potentially allowing a larger number of these arrangements to be exempt from certain Affordable Care Act insurance protections—including coverage for essential health benefits and community rating requirements.

The proposed AHP changes are expected to have an impact on enrollment and premiums for existing individual and small group market plans. Individuals and small businesses shifting out of their respective markets into AHPs are expected to be healthier than average, fueling adverse selection. This adverse selection could increase individual and small group market premiums and could lead to decreased competition in those markets due to changes in issuer participation.

These projections (2.7 - 4.0% rate hikes and 130K - 140K uninsured increase by 2022) may seem fairly small, especially over a 4-year period, but these are on top of the additional 10%+ rate hikes expected due to individual mandate repeal and the additional rate hikes caused by Trump's expansion of Short-Term plans as well.

Well yeah, of course...a bunch of people will snap up the junk plans. Hardly surprising.

The AHP proposed rule continues a trend under the current administration toward increased regulatory flexibility. While this flexibility may lead to lower premiums for some (particularly younger, healthier individuals and small groups), it is likely to further adverse selection out of the individual and small group markets that could lead to increased premiums in those markets and create additional market instability.