CSR Reimbursements are no more. They've ceased to be. They've expired and gone to meet their maker. 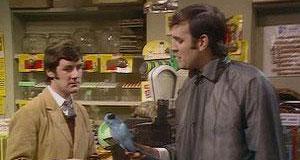 NOTE: I've modified the headline to clarify that it's CSR reimbursements which are dead, not the actual CSR subsidies. Those eligible for CSR assistance will still receive it from the insurance carriers..it's just that the carriers aren't/won't be reimbursed for doing so. In response, they've jacked up the premium rates on others to cover their losses.

And in the end...neither Alexander-Collins, Alexander-Murray, Collins-Nelson or any other "ACA stabilization bill" was included in the final version of the "must-pass" omnibus bill last night.

As I understand it, this means that unless a standalone bill of some sort passes, there will be no significant legislative changes to the ACA exchange/individual market status for the 2019 Open Enrollment Period at the federal level...and that's extremely unlikely to happen this year.

Of course, there's plenty of things bad or good which can be done via regulation at the federal level (i.e., Trump's #ShortAssPlan executive order) as well as at the state level, and a dozen or so states are working on various things: A bunch of blue states are trying to shore up the ACA by moving towards Silver Switching, tightening up on #ShortAssPlans or even creating their own version of the Individual Mandate...while red states are going the exact opposite direction by gleefully jumping on Donald Trump's #ShortAssPlan executive order and adding work requirements to Medicaid expansion.

If it weren't for the fact that millions of people's lives and well-being are at stake, it would be fascinating to see how the red/blue divergence plays out.

In any event, this also means that barring a dramatic last-minute change, Cost Sharing Reduction *reimbursements* are almost certainly dead until at least 2020 (note that not even the House nor Senate versions of the Democratic "ACA 2.0" bills would restore CSRs until 1/1/20).

This also means that unless the administration does something incredibly stupid (admittedly a reasonable possibility) like trying to forbid Silver Loading/Silver Switching next year, I expect most if not all of the 15 states which didn't Silver Load for 2018 to do so in 2019, and actually expect most states to go one step further and join the 20 states which have gone the full Silver Switcharoo route, as Vermont just announced.

I've written several different explainers about Silver Loading and Silver Switching, but this is the "official" version I co-wrote with Dave Anderson, Louise Norris and Andrew Sprung last fall, which laid out the 4 different routes states can choose to go:

Again, barring some dramatic change to the CSR situation in the next couple of months (remember, carriers have to start prepping 2019 plans/premiums in April or May), I wouldn't be surprised to see the number of states doing the #SilverSwitcharoo jump from the current 20 up to as many as 40 for 2019. If that happens, residents in the 20 current Silver Switch states won't notice much of a difference one way or the other (subsidized enrollees will still be doing very well; unsubsidized enrollees will have to either buy Bronze/Gold or, if they want Silver plans, look for them off-exchange), but people living in the new Silver Switch states will have to go through a bit of a learning curve...especially the states which went from "No Load" or "Broad Load" status to Silver Load/Switch.