Who Will Do the Silver Switcharoo? How states are dealing with 2018 CSR uncertainty 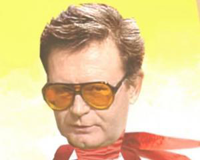 Note: This post is a joint effort with colleagues who have closely tracked the CSR chaos induced by Trump and Republicans in Congress. Dave Anderson is a former health insurance analyst, now a healthcare scholar at Duke, and a blogger at Balloon Juice; Louise Norris is co-owner with her husband Jay of a unique health insurance brokerage for individual market customers, and a top source of marketplace information and analysis at her own blog as well as at healthinsurance.org and elsewhere. Andrew Sprung writes about healthcare policy on his blog, xpostfactoid, as well as at healthinsurance.org and other publications.

Note 2  Today, the Maryland and California exchanges opened their plan preview tools for 2018, with premiums listed. California has implemented its planned  "Silver Switcharoo" CSR surcharge, adding 12.4% to the premium of silver on-exchange plans only. In some regions, the cheapest gold plan is cheaper than the cheapest silver.

The open enrollment period for the 2018 ACA Marketplace that begins on November 1, 2017 is likely to confront enrollees with more challenges than any open enrollment since the troubled launch of the ACA Marketplace in October 2013. The time period is shorter, the outreach will be far less robust, and the pricing of plans will behave in ways that people do not expect. Much of the pricing variance will be a result of choices that states and insurers have made in response to the uncertainty over whether the federal government will continue to reimburse insurers for the Cost Sharing Reduction (CSR) subsidies that insurers are legally obligated to provide to qualified exchange enrollees.

In the ACA Marketplace, enrollees choose among plans grouped in four “metal levels” defined by actuarial value (AV), a measure of the percentage of average medical costs the plan will cover. Bronze plans provide coverage at 60 percent AV, Silver plans at 70 percent AV, Gold at 80 percent AV and Platinum at 90 percent AV.

At present, 57 percent of on-Marketplace enrollees access CSR, including over 80 percent of Silver plan enrollees. Silver plans are priced, however, as if the AV is 70 percent for all enrollees. Under threat that the Trump administration will stop reimbursing CSR, or that the courts eventually will order the administration to stop payment if Congress fails to appropriate the funds, states and insurers must decide how to enable insurers to cover the cost of providing the richer CSR-boosted coverage.

States and insurers have taken several approaches to managing to the CSR uncertainty. Some states have offered guidance or positive instruction, while others have left decisions entirely to insurers. The choices states and insurers have made will reshape the relative value of plans offered at different metal levels to various income groups -- and determine who bears the brunt of the federal government’s potential abdication of responsibility for CSR reimbursement.

Among the choices made by states and insurers:

States are not required to impose one assumption on insurers. In New Mexico, for instance, some insurers have assumed that CSR will not be paid and have spread the costs through all metal plans. However, one New Mexico insurer, Molina, also assumed that CSR will not be paid but loaded all of the CSR costs into their Silver plan. This leads to a situation where the Molina Gold plan is less expensive than all Silvers and is comparably priced to all non-Molina Bronze plans. Georgia is also shaping up to be complicated, with one insurer assuming CSR funding will continue, and the rest assuming it won’t, but with varying approaches to loading the cost of CSR onto premiums.

The distributional consequences of these different choices are significant and varied.

1. Assume CSR will be paid

In states that have chosen to assume that CSR will be paid, the relative pricing of plans at each metal level will be consistent with prior years. Prospective enrollees will see rate increases driven by utilization, medical trend and the re-institution of the premium tax after a one year holiday. Insurers in these states will also likely price in uncertainty with respect to CSR reimbursement to the extent tolerated by regulators. Price differences for their offerings at different metal levels will be proportionate to those of their offerings in past years.

The risk is that the CSR payments will stop at some point. If that occurs, insurers will face three choices. They can withdraw from the market as they are contractually allowed to do, they can ask for emergency rate resets from the state regulators (as permitted by a backup plan that Washington state regulators are implementing) or they can continue business as usual with the expectation that they can recover CSR costs through successful litigation. The final option favors large, well capitalized insurers in the same way that the long slow process of litigating risk corridor payments favored well capitalized insurers over thinly capitalized start-ups.

2. Assume CSR will not be paid; cost added to all plans

States could instead assume that CSR will not be paid, and instruct insurers to spread the CSR cost burden across all metal bands. To the best of our knowledge, Indiana is the only state that has implemented this strategy, although it’s the backup plan in Colorado, where the current approach assumes CSR will be funded. Some insurers have gone this route, however, in states that haven’t issued regulatory direction on the CSR issue. In a state where all insurers take this approach, subsidized Silver buyers will be no worse off as long as they buy the benchmark (second cheapest) Silver plan or the cheapest Silver plan, but they will likely be worse off if they buy a Silver plan that is priced above the benchmark. Subsidized Gold and Platinum buyers will usually see higher premiums -- as will all non-subsidized buyers across all metal levels. This strategy shrinks the market and makes the risk pool sicker.

3. Assume CSR will not be paid; cost added to all silver plans

Many states, including Idaho, Louisiana, Pennsylvania and South Carolina, are assuming that CSR payments will not be paid and have instructed their insurers to load all costs onto only Silver plans, including those sold off-exchange. This increases the Silver benchmark premium relative to all other metal levels. Individuals with incomes under 200 percent Federal Poverty Line (FPL) will generally be no worse off if they continue to buy CSR-enhanced Silver plans. Subsidized individuals with incomes over 200 percent FPL who buy a Silver plan will be no worse off but might miss an opportunity to switch to higher-AV Gold plans that would cost them less than Silver. (In insurance parlance, those who choose Silver will be in dominated plans — that is, plans with a higher premium and lower actuarial value than other available plans.) In fact all subsidized Bronze, Gold and Platinum buyers will have access to a significant discount as subsidies rise to cover the premium of the inflated Silver benchmark.

Unsubsidized buyers in these states will be held harmless as long as they avoid Silver plans, which will be priced near their CSR-enhanced actuarial value (probably near 90 percent) but provide unsubsidized buyers with just 70 percent AV.

The choices that states and insurers make always influence the size and relative health of the individual insurance market. In 2018, the impact of these choices will be magnified. Some states like California will see average actuarial value of purchased plans increase even as the cost barrier to purchase Bronze, Gold and Platinum plans declines. Other states are gambling that the basic market conditions in 2018 will be the same as they were in 2017 despite significant legal, political and policy risk. Those states are assuming that the federal government will continue to make CSR payments — but participating insurers are, to varying degrees, pricing in the risk that those payments will stop. As a result, this choice could result in reduced affordability for unsubsidized prospective enrollees.

If the federal government defaults on its obligation to reimburse insurers for providing CSR as required by statute, insurers must price in the additional actuarial value that CSR provides. The most efficient way to do this is to concentrate the additional premium in plans that provide the additional AV. Short of pricing CSR-enhanced Silver plans precisely according to their actual AV, which no state has done, the nearest states can come is to encourage or instruct insurers to increase the premium for on-exchange Silver plans only. Under this pricing scheme, virtually all enrollees who choose Silver should be eligible for “strong” CSR (AV 94 percent or 87 percent), making it feasible to price on-exchange Silver at Platinum levels. For enrollees above 200 percent FPL, as noted above, Gold plans will be less expensive than similar Silver plans.

Going this route holds most enrollees harmless while actually improving affordability and comprehensiveness of coverage for enrollees with incomes between 200-400 percent FPL, an income group in which takeup of marketplace offerings has been weak. The only loser under this aggressive risk management measure is the federal government, since it will have to pay larger premium subsidies to offset the more expensive silver plans. But Congress can cut those losses by appropriating the funds that the ACA instructs the Treasury to pay to insurers as CSR reimbursement. 2018 rates are mostly locked in at this point. But appropriating funding for 2019 CSRs — well in advance of the rate preparation and filing period in early 2018 — would result in a more stable individual market and smaller premium subsidies in 2019.