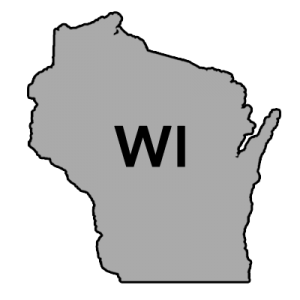 I was understandably suspicious that there'd be ugly booby traps buried in the details of the reinsurance plan, and perhaps there are, but I don't see to much to be concerned about in the article itself:

By paying 80 percent of claims between $50,000 and $250,000, the proposed reinsurance program, to start in 2019, would significantly reduce premium increases for people on the Obamacare marketplace, Walker said.

...The program would cost about $200 million a year — $150 million in federal money and $50 million from the state, which would come from Medicaid savings, not the general budget, Walker said.

Hmmmm...ok, that's a bit of a red flag; what Medicaid savings? Has Wisconsin (which hasn't expanded Medicaid under the ACA) genuinely managed to lop the cost of Medicaid down by $50M/year without kicking anyone off or reducing the level of care? If so, that's fine, I suppose...

Anyway, OK, yes: If it were to be enacted as laid out here and doesn't include any nasty surprises, sure, I'm all for a program like this.

As I reported back in October (and as is noted in the article), Wisconsin's unsubsidized average premium increase was an ugly 36% this year on the individual market...of which about 16% was due specifically to Trump cutting off CSR reimbursement payments. How much of a difference would a $200M/year reinsurance program make?

Well, according to CMS itself, in 2017 Wisconsin's unsubsidized ACA-compliant individual market premiums averaged around $514/month per enrollee, for around 216,000 people statewide (not quite sure where that number comes from, since ACA exchange enrollment alone was 243K last year and 225K this year without counting off-exchange enrollment, but whatever). That amounts to roughly $1.33 billion in total premiums paid in 2017. Tacking 36% on top of that (and assuming the same total average monthly enrollment of 216,000) means roughly $1.81 billion this year.

Lopping around $200 million off of that should amount to something like an 11% premium reduction for 2019. That would only be a fraction of the 2018 increase, of course, and be cancelled out by the other forms of ACA sabotage being pushed by the Trump Administration and Congressional GOP (killing the individual mandate alone would likely wipe out pretty much all of that savings), but it's still a good thing in and of itself.

Don't get me wrong: As a progressive Democrat who despises what Scott Walker has done in Wisconsin over the past 7 years, I'm not about to start cheering him on...but it's pretty telling to me that he's suddenly decided that in 2018, the way to survive as a Republican is to start acting more like...a Democrat. Huh.