UPDATE: Sen. Collins STARTS to grok the point of the Individual Mandate... 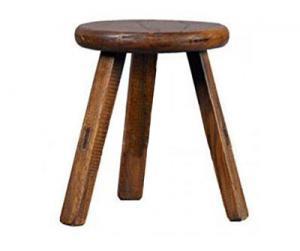 Last week I noted that Maine Republican Senator Susan Collins' proposal to "solve" the problems created by repealing the ACA's individual mandate (passing the Alexander-Murray CSR bill and her own Collins-Nelson reinsurance bill) would only mitigate a small portion of the damage caused by such a mandate repeal.

As I had previously noted, the Alexander-Murray bill would simply restore CSR funding into place which was already assumed to be there when the CBO made their "13 million losing coverage/10% rate hike" projection earlier, making passing it kind of a non-factor when it comes to the impact of repealing the mandate. That just left the reinsurance bill. Collins original proposal was a mere $2.25 billion/year (and only for two years at that)...which I estimated would fall short by a factor of anywhere from 3x to 7x, depending on which back-of-the-envelope math you use:

OK, that was more of an off-the-cuff quip; more experienced experts in this sort of thing than me, such as Aviva Aron-Dine of the Center on Budget and Policy Priorities seem to think that $10 billion/year in permanent funding is what would be necessary to do the trick:

It's really the second point which is the bigger concern: Plenty of carriers have dropped out of the market this year already in response to Trump's CSR cut-off sabotage, and killing the mandate would likely complete the job. If that happened, it wouldn't matter how much reinsurance money was thrown at the individual market, since there wouldn't be any carriers left to purchase policies from whatsoever.

Still, some of this seems to be sinking into Senator Collins' mind, anyway:

Sen. Susan Collins (R-Maine) has doubled the amount of money she's requesting in her ObamaCare stabilization bill in exchange for her vote on the GOP's tax-reform plan.

Collins, a key vote on tax reform, is pushing for the passage of two ObamaCare bills in an attempt to mitigate the effects of the tax bill's repeal of the individual insurance mandate.

One of those bills — sponsored by her and Sen. Bill Nelson (D-Fla.) — would provide states with $10 billion over two years to establish high-risk pools or reinsurance programs to lower premiums.

That's more than double the $4.5 billion originally requested in her bill, which she introduced in September.

In other words, she's gone from this... 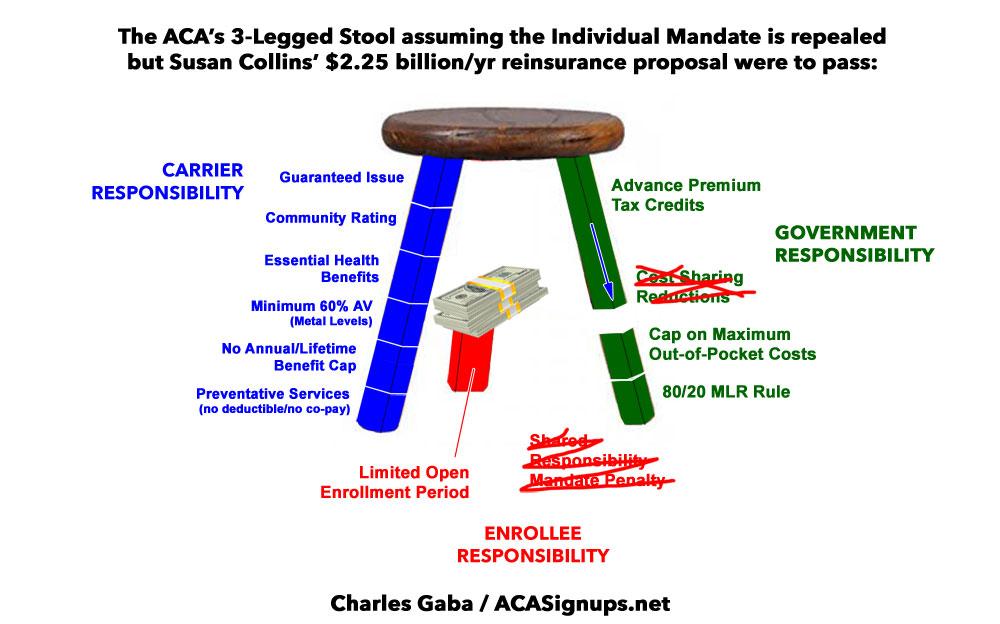 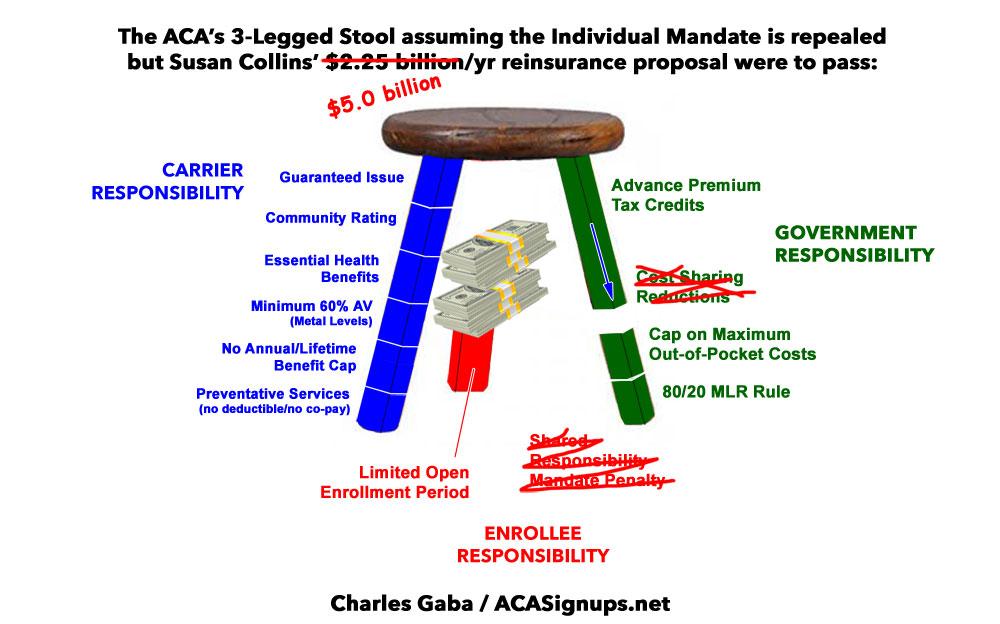 ...which, you know, is obviously better, but again a) it's still only about half as much money as would be needed to shore up the missing "leg"; b) it still wouldn't guarantee that the carriers won't simply say "screw this, I'm out of here" anyway, as many have threatened to do; and c) it's still only for a two-year period (which would be a big part of (b)...just like with the CSR crisis, carriers don't want to be constantly caught not knowing whether the program will be funded long-term or not).

In addition, it's my understanding that Collins is also pushing to have the Medical Expense Deduction, which is currently set at 10% of your adjusted gross income, lowered to 7.5% for everyone:

If you itemize your deductions for a taxable year on Form 1040, Schedule A (PDF), Itemized Deductions, you may be able to deduct expenses you paid that year for medical and dental care for yourself, your spouse, and your dependents. You may deduct only the amount of your total medical expenses that exceed 10% of your adjusted gross income or 7.5% if you or your spouse is 65 or older. The 7.5% limitation is effective only from January 1, 2013 to December 31, 2016 for individuals age 65 and older and their spouses. You figure the amount you're allowed to deduct on Form 1040, Schedule A.

This isn't a bad thing either of course--for instance, let's say your MAGI was $50,000 and you had qualifying medical expenses costing, say, $6,000 in a given year; right now you'd only be able to deduct $1,000 of that; under Collins' proposal, you'd be able to deduct $2,250 of it, or an additional $1,250 in deductions. However, it still avoids honestly addressing the larger point: There really needs to be a negative incentive (a stick) in addition to the positive incentives (the carrots).

UPDATE: Welp. So much for that.

UPDATE: Thanks to Amy Lotven for the original story and link to Collins' press release:

Maine GOP Sen. Susan Collins Friday (Dec. 1) secured support from Senate Majority Leader Mitch McConnell (R-KY) for legislation that would provide $5 billion annually over two years for state-based high-risk pools or reinsurance funds, up from the $2.25 billion a year included in legislation Collins sponsored along with Sen. Bill Nelson (D-FL), in addition to a commitment to support the bipartisan Alexander-Murray market stabilization legislation. McConnell told Collins in a colloquy on the Senate floor that he support the passage of the both bills “ideally prior to the adoption of any final tax reform conference agreement and certainty before the end of the year."

...But while the Collins-Nelson bill had $2.25 billion a year for the two-year reinsurance fund, the Maine senator was able to get more than double that amount in her Friday agreement with McConnell.

“I believe that passage of legislation to create and provide $5 billion in funding for high-risk pools annually over two years, together with the Bipartisan Health Car Stabilization Act, is critical for helping to offset the impact of individual market premiums in 2019 and 2020 due to the repeal of the individual mandate,” she said in her colloquy with McConnell.

McConnell responded that he believes high-risk pools are a much better alternative to federal mandates, and agree to also support passage of her bill and the funding to create high-risk pools.

It's important to distinguish between "high-risk pools" and reinsurance, since they are not the same thing. A high risk pool separates out expensive-to-treat enrollees into an entirely separate category of people who are funded separately from the healthier folks, effectively turning them into a modern-day leper colony. Reinsurance keeps both the healthy and sick mixed together in the same risk pool and simply pays to cover the costs for the sicker patients beyond a certain cost threshold.