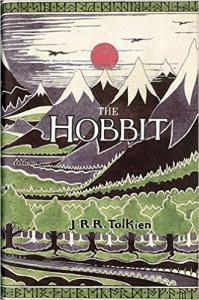 There are so many stories I could be writing right now about the fallout, potential fallout, next steps and so forth of yesterday's House vote on the AHCA. But this one in particular really says it all.

Here's an article in the Buffalo News regarding New York Republican Congressman Chris Collins (NY-27), who voted for the bill:

And then he told The Buffalo News that he was unaware of a key provision in the bill that decimates a health plan that serves 635,000 New Yorkers.

Asked by CNN's Wolf Blitzer if he had read the entire health bill, Collins, R-Clarence, said: "I will fully admit, Wolf, that I did not. But I can also assure you my staff did. We have to rely on our staff. ... I'm very comfortable that we have a solution to the disaster called Obamacare."

For the record: The entire AHCA bill, including amendments and changes, is only 186 pages total. Remember how Sean Spicer kept bragging about how short it was the day it was released? The original version was just 123 pages, plus another 60-odd pages in amendments added since then. Also note that those pages have wide margins, a large font and are double-spaced (that link goes to a 53-page portion of the original AHCA bill).

I actually pulled the full text of the bill into a text editor, stripped out the line numbers at the left and tallied up the total number of words. Guess what? It's only around 160 words per page, or 30,000 words total for all 186 pages.

Blitzer then pressed Collins, noting that the bill affects a fifth of the U.S. economy and millions of Americans.

"Don't you think it was actually important to sit down and read the language of this bill?" Blitzer asked.

To which Collins replied: "You know, I have to rely on my staff, and I could probably tell you that I read every word, and I wouldn't be telling you the truth, nor would any other member. We rely on our staff, and we rely on our committees, and I'm comfortable that I understand this bill in its entirety, Wolf, without poring through every word."

The Hobbit is 95,000 words long. That's right: Chris Collins couldn't be bothered to read the equivalent of the first third of The Hobbit...up to around the point that Bilbo and the Dwarves are trapped by the Wargs after escaping the Misty Mountains, I believe.

Update: Perhaps a better comparison would be Atlas Shrugged, aka the Bible of "pull yourself up by your own boostraps, moocher!" Libertarian philosophy. It clocks in at 645,000 words, meaning that the AHCA's total text, with amendments, is a mere 5% as long...yet Chris Collins couldn't bring himself to read it anyway. Alternately, The Fountainhead is apparently around 311,000 words, or more than 10 times as long as the AHCA...but that link also puts Atlas Shrugged at "only" 562,000, so your mileage may vary.

But this is the part which enrages me beyond measure:

Told by a Buffalo News reporter that the state's largest loss of federal funds under the bill would be $3 billion annually that goes to the state's Essential Health Plan, Collins said: "Explain that to me."

The Essential Plan is an optional program under Obamacare, offered only by New York and Minnesota, that provides low-cost health insurance to low- and middle-income people who don't qualify for Medicaid. State Health Department figures show that more than 19,000 people in Erie and Niagara counties were on the Essential Plan in January.

Asked by The Buffalo News if he was aware of the bill's cut in funding to the Essential Plan, Collins said: "No. But it doesn't surprise me for you to tell me that there were two states in the nation that were taking advantage of some other waiver program and New York was one of the two states."

Collins didn't appear to even know the Essential Health Plan (otherwise known as the ACA's Basic Health Plan provision) existed, much less that thousands of his own constituents are enrolled in it, how it's funded or that the bill he just voted for would wipe it out.

Even more disgusting: When told about it, he then waves it off as if the Essential Health Plan is some sort of obscure giveaway; some sort of minor loophole that lazy moochers are trying to exploit, as opposed to a major part of the New York healthcare system. I should also note that unlike Medicaid expansion which covers those earning up to 138% FPL, the EHP (BHP) program covers New Yorkers between 138-200% FPL...that is, working class voters, many of whom presumably voted for Rep. Collins.

Oh, yeah...and according to the official NY State of Health OE4 report, total statewide EHP enrollment as of 1/31 is actually 665,000, about 30,000 more than the article claims.

Words cannot properly express the level of rage and contempt I feel for this man.

UPDATE: It turns out that at least two other GOP Congressmen, Mark Sanford of South Carolina and Tom Garrett of Virginia also admitted to not having read the bill.

Democrat Elijah Cummings of Maryland, who of course voted against the bill, also admitted he hadn't read all of it...but the Dems weren't the ones rushing to push it through the House.

And yes, I'm well aware that members of Congress often don't read the full text of the bills they vote on; some of the omnibus spending bills are likely thousands of pages, and they do have staffs to go over various sections and report back to them. However, this one is extremely high profile, only 180-odd pages in total., and the GOP has spent years haranguing the Dems over "rushing" the original ACA through the process back in 2010, so the hypocrisy here is stunning.