I did this for the heck of it back in 2015 and it's become sort of an annual tradition for me. On the one hand, with the 4th year added this layout is starting to get too confusing. On the other hand, it's looking very much like this will be the final year of ACA open enrollment anyway, so I guess that's a moot point.

It's important to bear in mind that the first Open Enrollment Period (for 2014 coverage) lasted a whopping six months...and even that was extended by 15 days due to the massive technical problems during the October 2013 launch period. Technically speaking, the 2014 open enrollment period lasted a total of 197 days, which has been time-compressed so the starting and ending dates match the other three years. That 15-day extension is also why the first big "surge" appears to come earlier on the graph than it actually did--it's been "pushed back" a bit.

The 2015 period lasted only 3 months, but had a 7-day "overtime" period in mid-February, for a total of 100 days even. The dramatic vertical "spike" (caused by millions of auto-renewals being added in one shot) appears earlier on the graph than the other years because enrollment didn't start until Nov. 15th, meaning they were added just a month later instead of 7 weeks later like the following two years. In addition, the 7-days tacked on the end also nudge it back a bit.

The 2017 open enrollment period, currently underway, is the first time that the start/end dates have matched up two years in a row, which is why they overlap so closely. It may appear that this year's enrollments have fallen behind last year, but that's only because the HC.gov auto-renewals will be added to the total about a week later than they were last year. Once those are baked in, I expect the grand total to shoot back over the top, ending somewhere in the 13.5 - 14.0 million range. Assuming no overtime period is tacked onto the end of January (which seems likely, given that we'll be into Trump/GOP control territory by then), this will cover a total of 92 days.

One other fun fact to take note of: 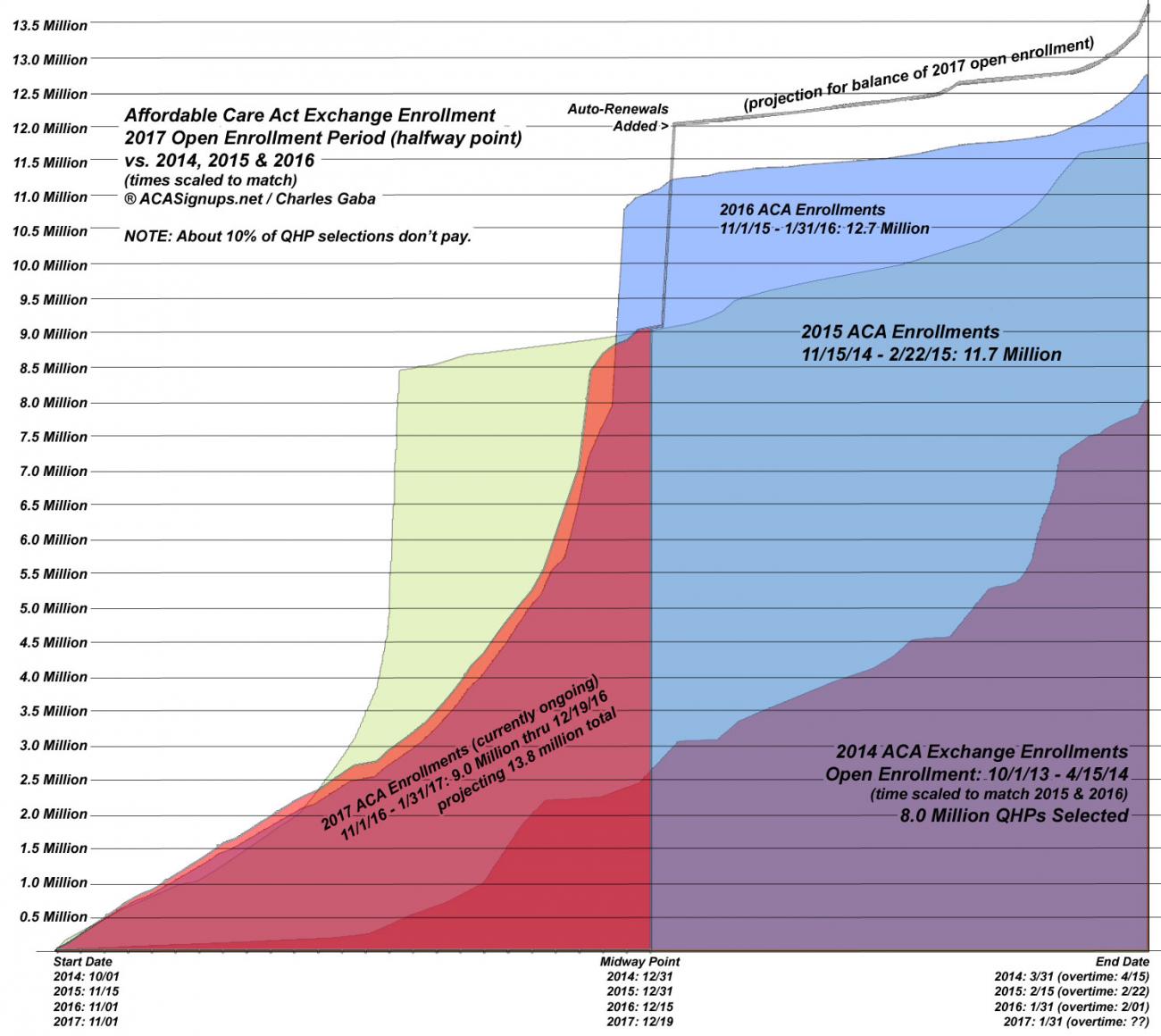