IMPORTANT: The total enrollment numbers for the 39 HC.gov states are quite a bit behind last year. However, this is mainly because auto-renewals haven't been added to the totals yet for those 39 states yet. This makes it impossible to do an apples-to-apples comparison vs. last year for those states.

Since auto-renewals have already been added to most of the state-based exchange numbers but not to the federal exchange numbers, it gets a little tricky to visualize. The blue sections show how far ahead 11 states are based on their status. I'd expect any state which has already added in their auto-renewals to have reached around 85% of my final target, while those which haven't added them to the tally should only be at around 65%.

Based on that, among the states with auto-renewals baked in:

As for the states which haven't added auto-renewals yet, the vertical red line shows where I expected them to be as of 12/19. As you can see, every state from Maine on down is behind my expectations so far. The real trouble spots are Texas, Alaska, Arkansas, Mississippi and Louisiana, although Louisiana has an obvious cause: They expanded Medicaid this past July, enrolling over 300,000 people to date. A huge portion of those folks are actually shifting to Medicaid from federal exchange policies due to their incomes falling below the 138% FPL threshold, so it makes sense that the state would be coming up "short" by my projections.

Finally, there's New York and Vermont, both of which have been completely mum about any enrollment data. My projections for these two are 295,000 and 30,000 respectively; assuming they're each at around 65% to date, there's roughly 210,000 QHP selections missing from my grand total (8.78 million). Throw in another 50K or so for the missing dates from California and a few other state exchanges and total QHP selections should have broken the 9.0 million mark nationally by now. 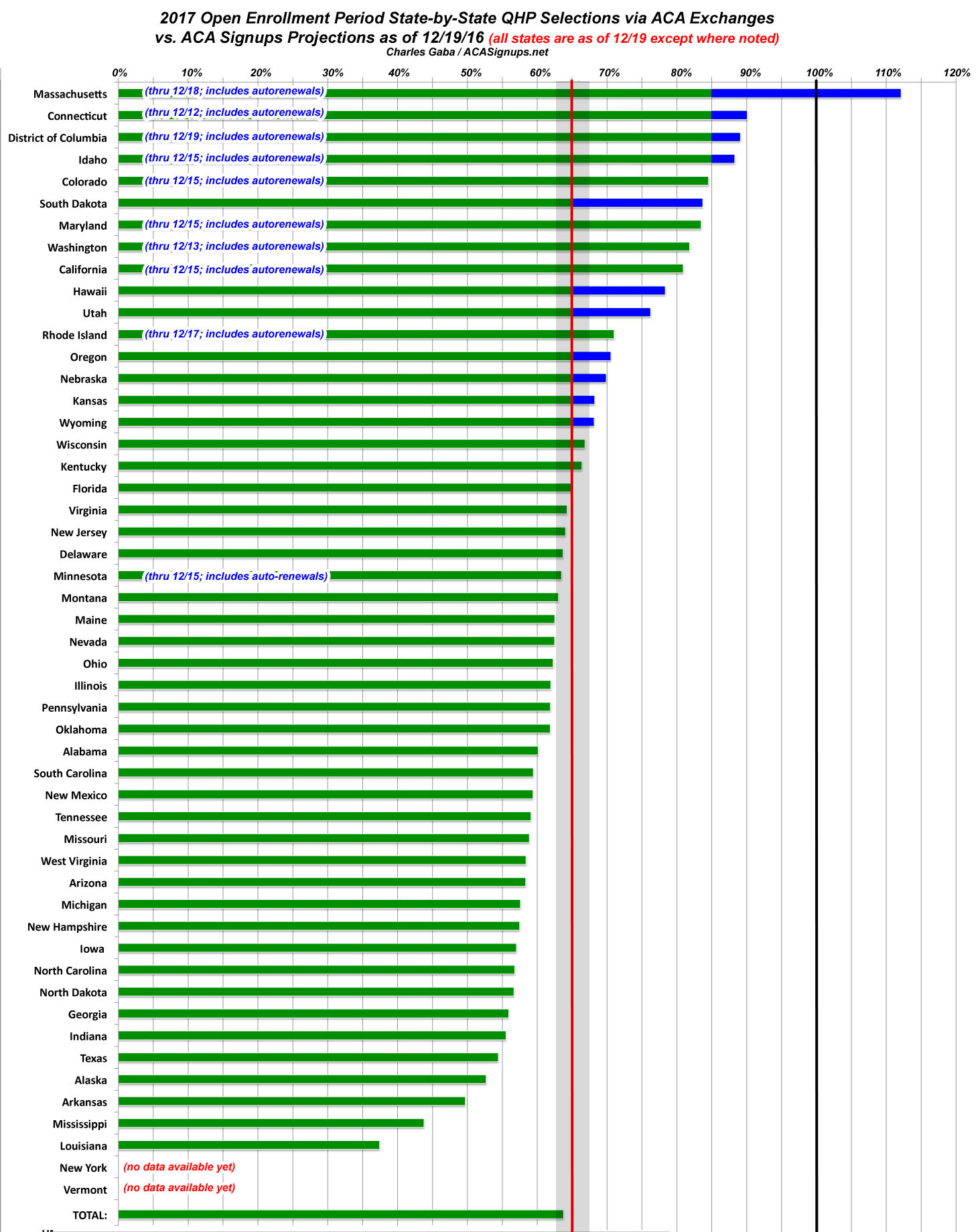 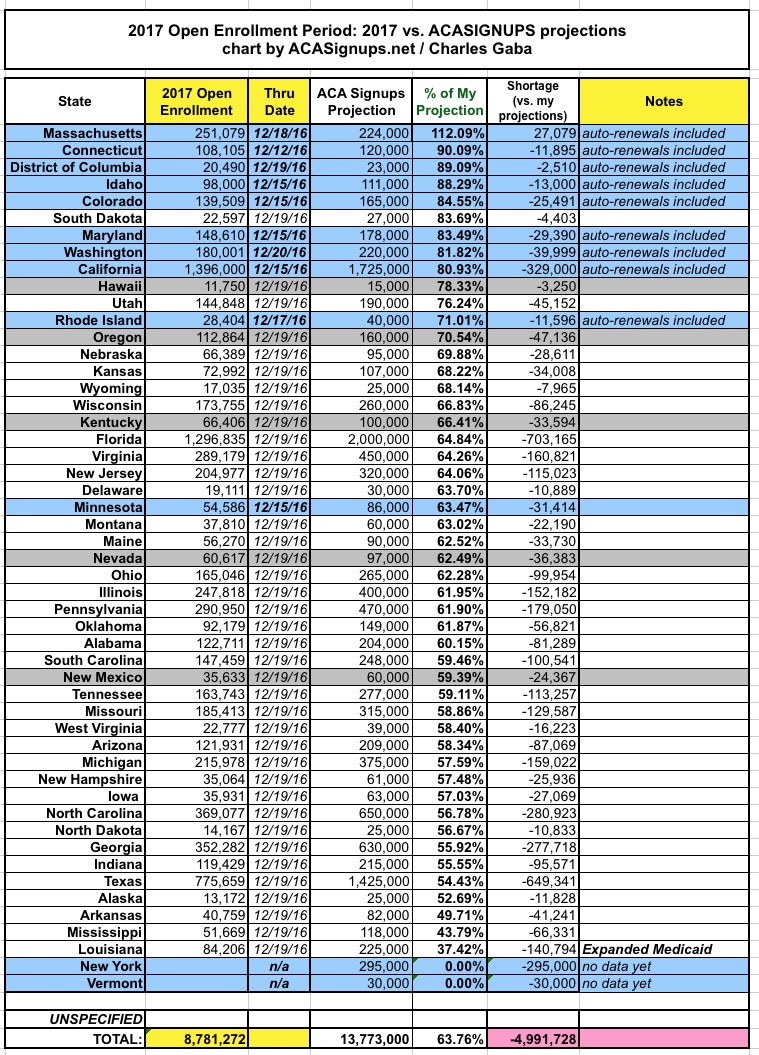