The Graph: Minor (but important) update: Adjusting for weekend shift

Careful readers might notice a subtle but important change in The Graph today. Most of the key numbers (including both my 12/15 and 1/31 projections) remain the same (7.7 million and 13.8 million respectively), and the overall flow of the projection curve hasn't changed. However, there's a pretty obvious difference right in the middle of the graph...namely the current week (Week 7).

The previous version had my projections as follows:

...after which the projections revert back to where I already had them (12.16 million as of Christmas Eve, etc.)

There's a simple reason for this: When I whipped up this year's Graph, I forgot to take into account that November 1st fell on a Tuesday this year instead of a Sunday. Since enrollments tend to drop off substantially on weekends, this means that the slowdown comes 2 days earlier each week. For most weeks this is barely visible on the Graph, but this week in particular it can make a huge difference...up to a couple hundred thousand people per day. 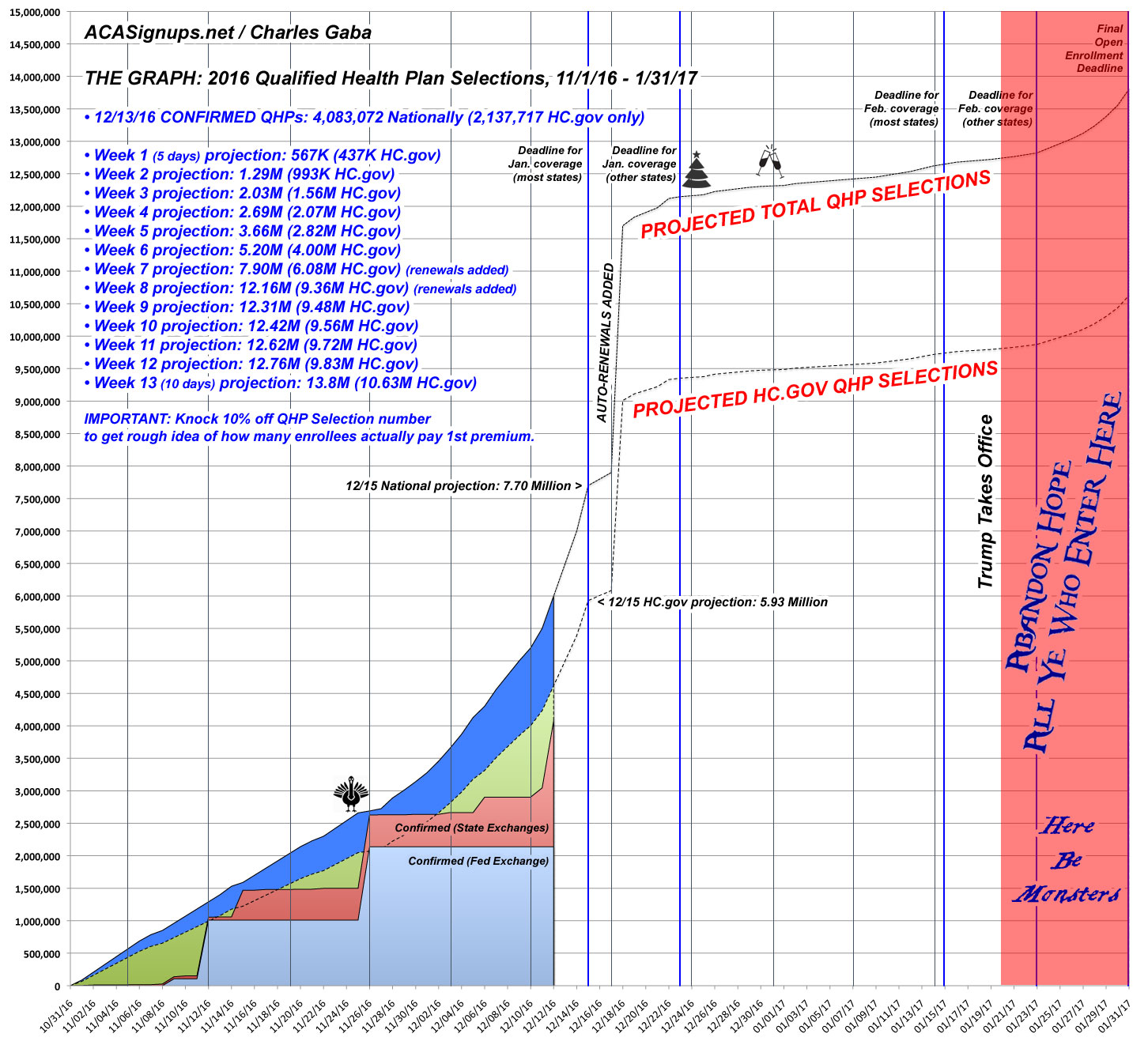