Today I've received the latest enrollment data out of the Bay State:

That doesn’t include an additional 3,291 plans selected or enrollments by “returning” members. These would be people who had Health Connector coverage at some point, but for whatever reason do not right now and are coming back for 2017.

OK, that's 26,752 new enrollees (I define "new" as anyone signing up who isn't already currently enrolled in an effectuated exchange policy, even if they used to be and dropped it a few months earlier). That's more than 3.5x as many as 3 weeks earlier; impressive.

But what about current enrollees actively renewing/re-enrolling? According to Slide 8 of their monthly board meeting report presentation, 22,442 current enrollees had actively shopped around and selected a new policy as of the end of November, a rate 2.7x as fast as the same point last year: 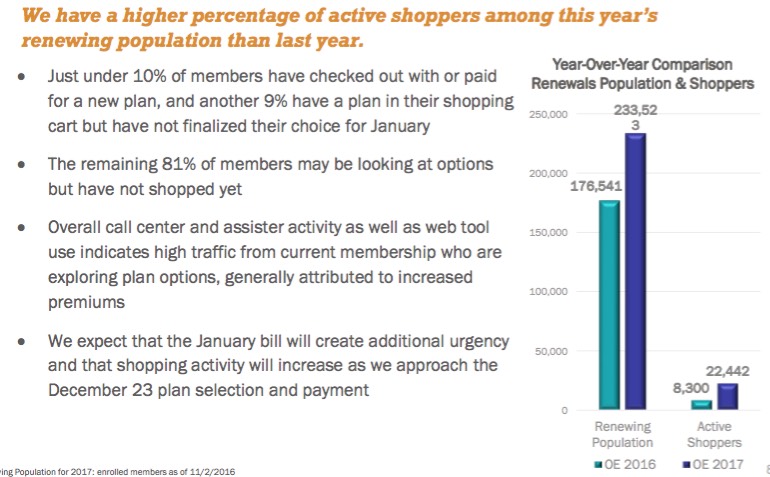 I confirmed with my exchange contact that yes, I'm reading this correctly. The active shopper (renewal) number is obviously higher by now, since that 22,442 figure is a week out of date, but it's close enough for the moment. Add them up and you get:

However, there's another twist to this: If you subtract those 22,442 from the 233,523 currently effectuated enrollees, that leaves 211,081 remaining current enrollees who could still potentially renew for 2017...and according to my exchange source, Massachusetts is following the Connecticut/Rhode Island model by pre-renewing all of them before the deadline, and then having the enrollees actively cancel those renewals (or switch to a different plan) if they choose to:

As a result, technically, the actual number of QHP selections for 2017 at the moment stands at 260,275 people.

For comparison, they only hit 214,000 last year...and my personal target for Massachusetts for this open enrollment period is 224,000 QHP selections.

In other words, by "pre-auto-renewing" current enrollees, Massachusetts is currently over 16% ahead of my projections for the entire #OE4 period.

This is a bit disingenuous, of course, since the numbers are vastly front-loaded, and presumably there will be attrition as at least some portion of those 211K auto-renewals cancel their policies, but I'll just have to make a special note of that the way I'm doing for Connecticut and Rhode Island.

Here's some of the other data-wonky slides from their monthly board meeting which might be of interest: 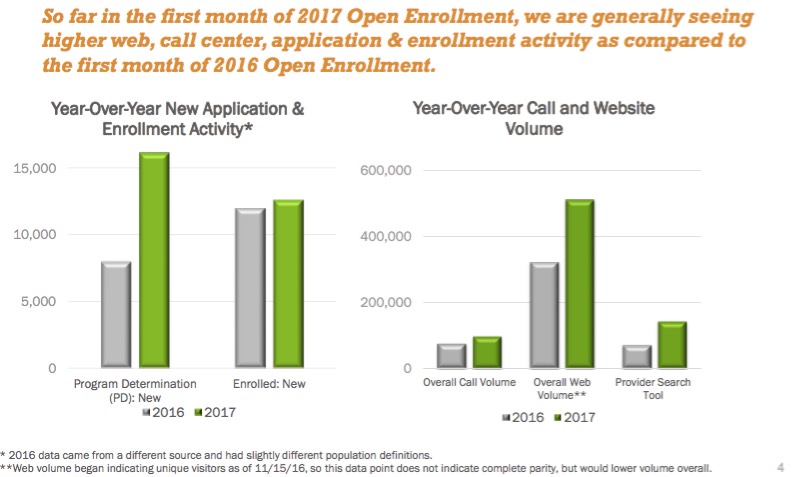 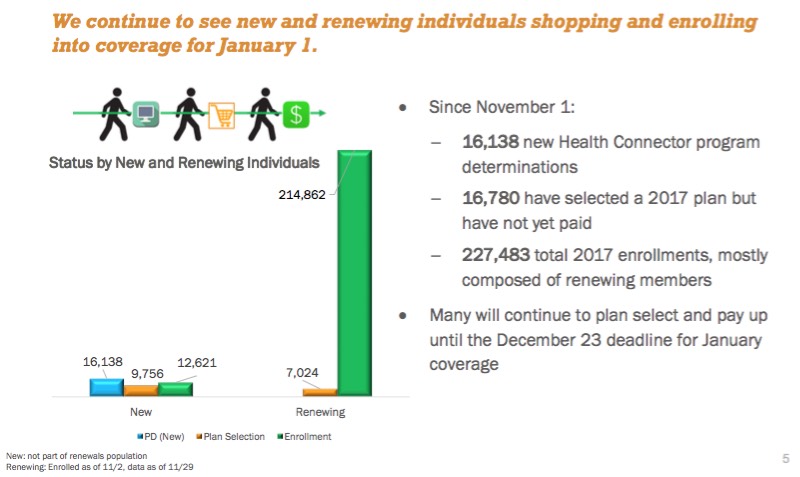 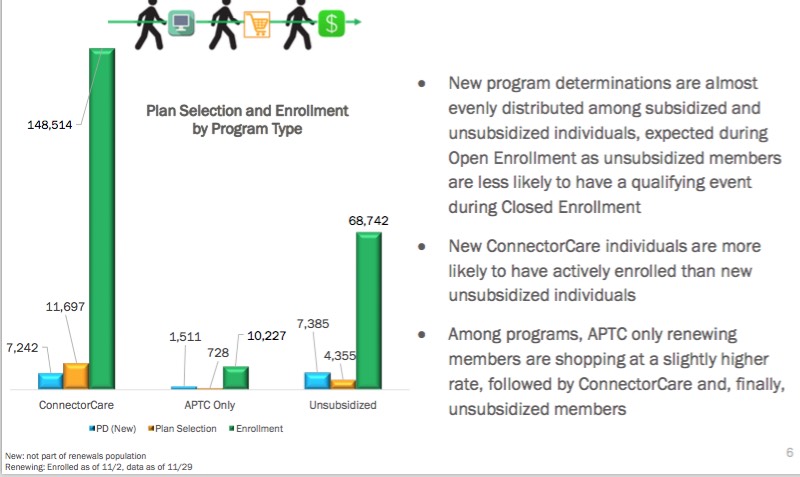 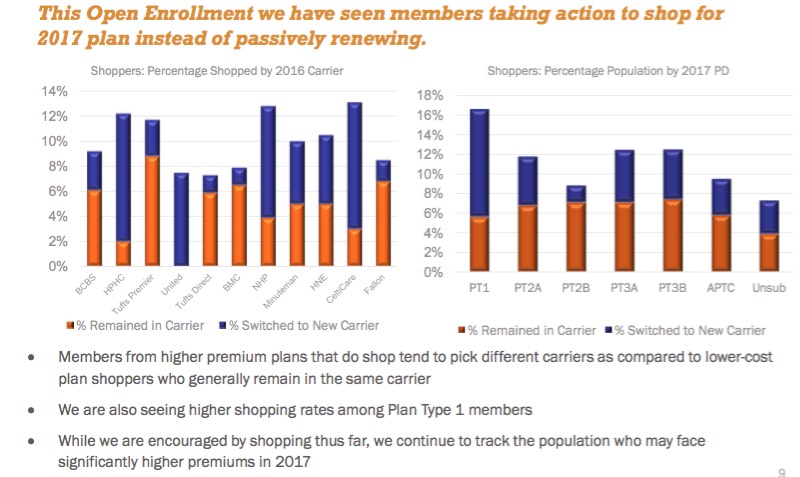 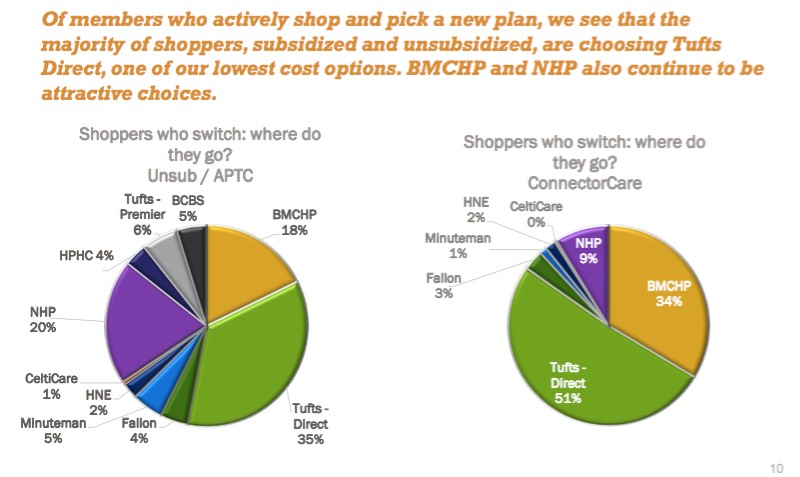 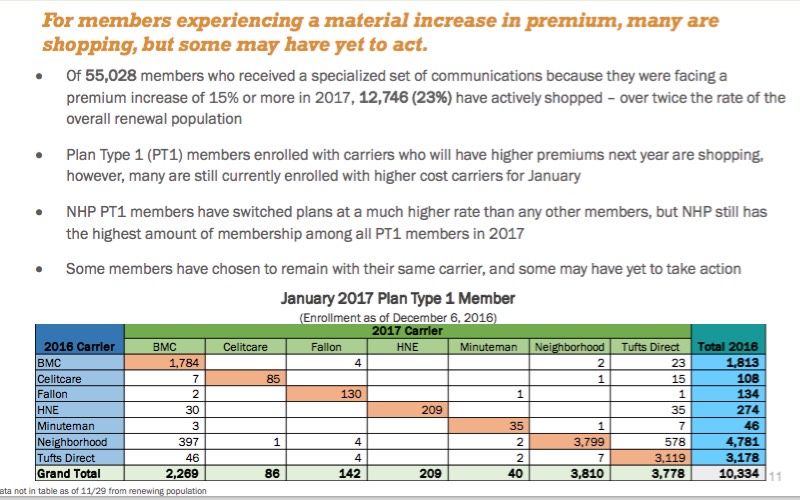 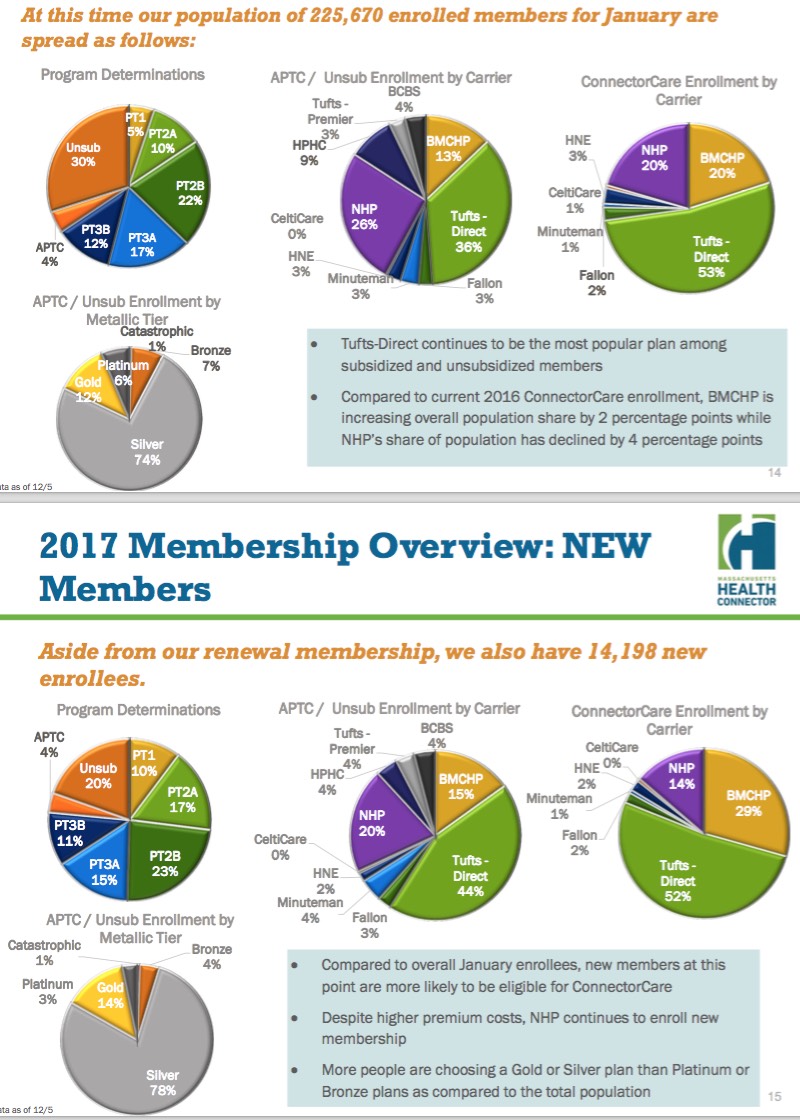