Now that we're past Thanksgiving weekend and the big December 15th deadline (for January coverage) is coming up fast, OE4 enrollments should have started ramping up significantly, on the order of 250,000 per day or more nationally (around 190K via HC.gov).

As noted last week, so far, total enrollments have been pacing my overall projections almost perfectly...slightly ahead of my estimates for the first month, in fact. Assuming this continues, national QHP selections should have broken 4.1 million nationally sometime Monday night (12/05), with around 3.1 million of those coming via the federal exchange.

In other words, for the moment, it looks like the impending Donald Trump administration, and the continous insistence of the Republican Party and Trump himself that they absolutely will be repealing the ACA (even if they seem to be all over the place as to exactly when & how they'll be doing so and what, if anything, they'd be replacing it with), are not dissuading people from signing up for 2017 coverage. Assuming this continues, total OE4 enrollments are still on track to fall somewhere in the 13.5 - 14.0 million range, as both the HHS Dept. and myself have been projecting.

However, it's also still very possible that this early strength is masking an enrollment collapse later in the period. I took note of this last Wednesday, when I noted:

On the renewal side, you'd expect the renewing numbers to be somewhat higher since, again, there are more current enrollees to begin with, and sure enough, there have been over 22% more active renewals so far this year than last.

In other words, current enrollees are acting more quickly to renew than they were last year, but new enrollees are slower to sign up so far, causing a near wash overall to date.

Here's the problem: If the 27% drop in new enrollees on the federal exchange holds and is representative of the state-based exchanges as well, that would mean only around 3.6 million new enrollees. Seeing how there are likely only around 9.5 million effectuated enrollees at the moment total, I'm guessing renewals are likely to be closer to my 8.5 million than HHS's 9.2 million.

However, considering that the day after the election I was worried that enrollments would FLATLINE at perhaps 2 million total, that would still pretty good under the circumstances.

There's still too much noise to be sure about this, however. I'll have to wait until after the auto-renewal dust settles around 12/18 or so to have a clear idea about it, but it's something to keep an eye out for. 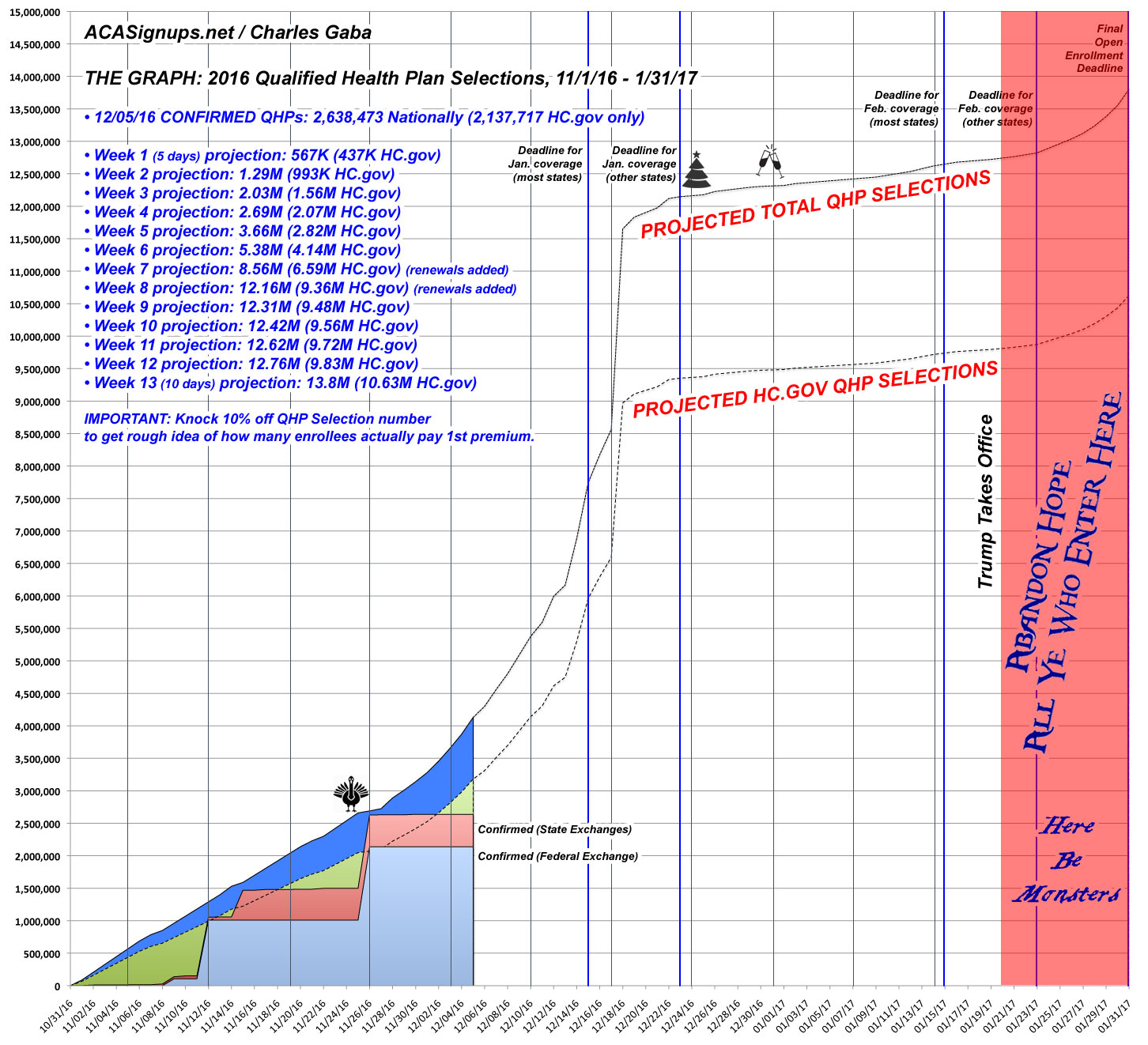