As I noted yesterday, it appears that contrary to my concerns, the devastating election results aren't discouraging anyone from signing up for 2017 coverage after all. If anything they appear to have "inspired" people to scramble and sign up ASAP before the door presumably slams shut.

As a result, until I hear otherwise, I'm going to assume that the enrollment rate is tracking my original, pre-election projections...in which case this is where things should stand as of an hour ago: 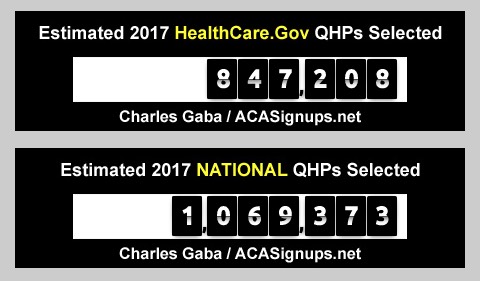 I've only actually confirmed about 132,000 QHP selections so far, so obviously I could be off on either or both of the above, but I'm feeling pretty confident that if they didn't hit those numbers last night, they will have done so by this evening.

UPDATE 11/13/16: As of this morning, HealthCare.Gov-only QHP selections having broken the million mark, with the national total having broken 1.2 million. 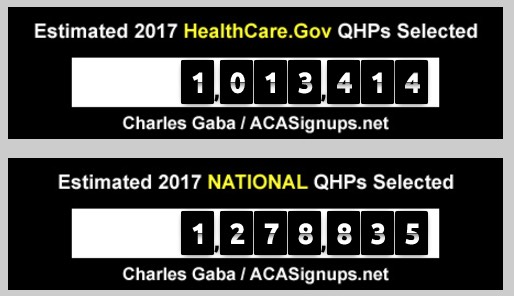 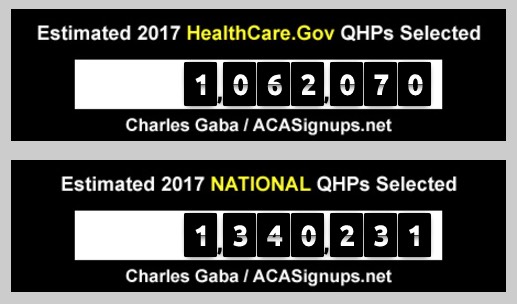