The most recent hard current exchange QHP enrollment number I have for Massachusetts is 230,412 people as of September 1st. Due to MA's unique "ConnectorCare" program, they've actually seen a gradual increase in exchange enrollment during the off-season instead of net attrition like almost every other state.

Today I was informed that as of November 8th, they had a grand total of 2,942 new QHP selections via the state exchange...of which 510 are fully enrolled (i.e., they've paid their January premiums already). This does not, however, include any renewals / re-enrollments by current enrollees, which could be substantially higher.

Minnesota and Massachusetts are the only state exchanges I have data for so far, and MN is a special case, so here's a simple extrapolation of MA's numbers:

So, assuming every other state is running at a similar pace to MA, around 609,000 people had already enrolled nationally as of 11/08. My official projection was 785K nationally as of 11/07, so this would be a bit lower, but again, it's a very rough, basic estimate which is still in the ballpark. 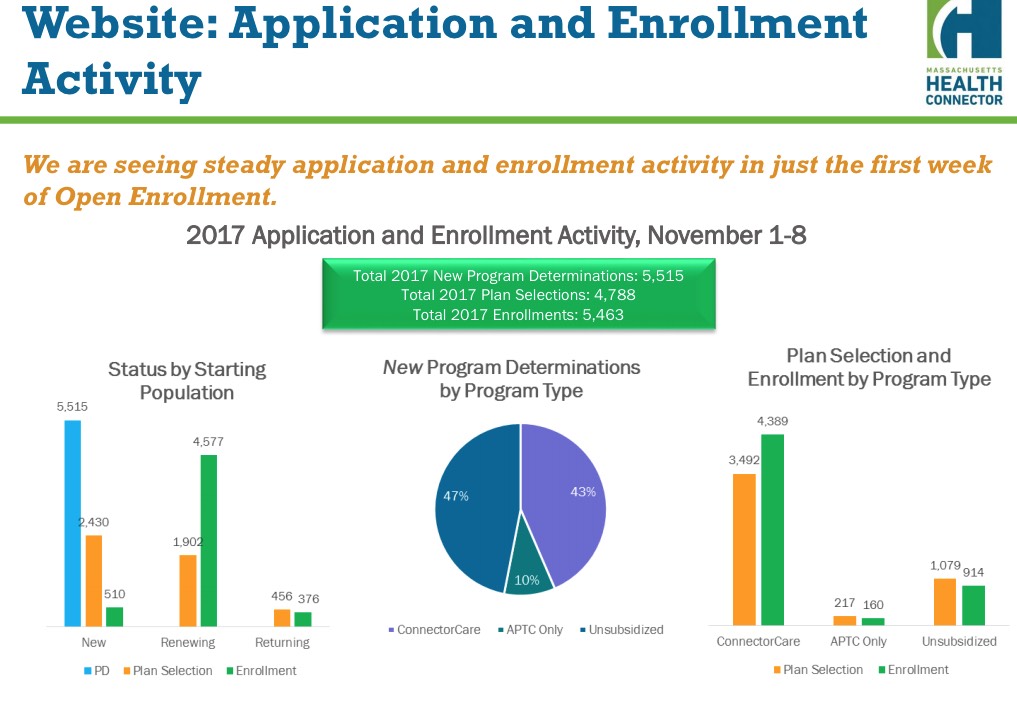