UPDATE: Michigan: How much will Flint cost to "fix"? 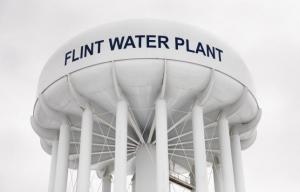 UPDATE: I thought this was obvious, but apparently not: I'm not saying that a complete relocation of the entire population of Flint will be necessary, I'm just trying to get some sort of feel for how much it would theoretically cost if they had to be relocated.

For example, Wired Magazine has posted a more detailed analysis of the actual cost/mechanics/logistics involved in ripping out and replacing the entire city's piping system. The good news? The estimate of just replacing the pipes comes in at "only" $60 million, vs. the $1.5 billion I've seen thrown around. The bad news?

"A September estimate, only recently released by Michigan governor Rick Snyder, puts the cost of replacing all the lead pipes in Flint at $60 million. And the project will take 15 years.

"...Harrington says digging up and replacing a forty foot length of lead pipe costs around $3,000. This does not take into account externalities like repaving streets and sidewalks, fixing any damage done to the home, and resodding lawns. Multiply $3,000 by 20,000 pipes and you get $60 million dollars—which suggests that the figure quoted in Michigan governor Snyder’s email is probably a lowball.

"Even if the state ponied up to fix the service lines, Flint could face lingering lead contamination from water heaters, faucets, and any pipes inside the person’s home laid before 1986—the year lead plumbing was outlawed. “But outlawed doesn’t mean removed,” says Kaufman. Any brass fixtures could contain some lead, as well as the solders connecting lengths of copper pipe. “It’s also the main lines, some of which are over 100 years old and near the end of their life cycle,” he says."

My dollar estimates for the replacement may be wildly overblown...but I also assumed it could be done in 2 years vs. 15.

This diary is gonna seem pretty crass, I suppose; a cold-hearted bean-counter treating human beings like numbers. Then again, that's part of what caused the disaster in Flint, Michigan in the first place, so in a way it seems fitting.

Now that it's been reported that Flint's lead levels are too high to even be filtered out by end-user filtration systems, it's starting to sound more and more as though, as one person noted on Twitter, Flint has now become America's very own Chernobyl. I'm beginning to wonder whether the entire population might have to be relocated for at least a couple of years, until the entire water pipe system is torn out "root and branch" (as Mitch McConnell is so fond of putting it) and completely replaced.

Now, the lowest estimate I've seen bandied about for replacing the city's pipe system is $1.5 billion, but I'm guessing that doesn't include a lot of clean-up afterwards (replacing walls, floors, roadways, sidewalks, driveways, etc). Let's call it $2 billion even.

Anyway, I got to wondering just how much it would cost to compensate the people of Flint for, you know, uprooting them from their homes, businesses and schools, destroying their communities and lives, putting them out of work and giving thousands of them irreversible medical problems. You can't really put a price on some of this, but I decided to do some quick back-of-the-envelope math to see if I could take a shot at it. Here's what I came up with:

Let's assume around $10,000 per household in general moving/relocation expenses. Let's also assume that each family is given another $10,000 to rent a apartment or home for, say, one year. That's $20,000 per household, or around $800 million right off the bat.

Of course, that's just the tip of the iceberg. What about the life-long costs of medical treatment for the 8,000 infants/young children who were likely exposed at an age where it can cause serious, irreversible damage to their brains and nervous systems while they're still developing? I dunno...let's call it at least $1 million per child at a miniumum? That's $8 billion more (and of course just throwing money at it doesn't automatically cure the kids. They'll still be developmentally disabled for life to various degrees. No way of making that right.

Of course, just because their nervous systems have finished developing, the lead and other toxins in the water have also been widely reported to cause other types of medical problems for older children and adults. How much will that cost to treat? Again, I dunno...let's figure an average of $100,000 apiece, times 92,000 people. That's $9.2 billion.

In addition to the life-long medical problems for many, pretty much every one of the 7,000 businesses in Flint will have to be shut down, meaning the vast majority of people will likely lose their jobs. The median household income of Flint is around $25,000 per year; let's say that every family gets 1 year's salary to buy them time to find new employment elsewhere. That's another billion.

What about their property? There are around 50,000 housing units in Flint, with a median value of around $42,000 each. I don't know what percentage of these are currently occupied (or at least, were occupied until this nightmare started over a year ago), but let's say it's 80%, or 40,000 houses. These houses will be unlivable and utterly worthless until the entire water pipe system across the entire city has been torn out and replaced, and the ground/roads/walls/floors have been replaced/repaired afterwards. How long could that take? Again, I dunno...I'd imagine at least a couple of years? Compensation for 40,000 x $42K apiece = $1.7 billion.

We're up to around $23 billion before we get to the big one: Emotional trauma for effectively destroying the lives of 100,000 people.

How much is that worth? Well, let's take a look at this famous scene from the film Erin Brockovich:

Ms. Sanchez: [at the meeting with the PG & E lawyers] Let's be honest here. $20 million dollars is more money than these people have ever dreamed of.

Erin Brockovich: Oh see, now that pisses me off. First of all, since the demur we have more than 400 plaintiffs and... let's be honest, we all know there are more out there. They may not be the most sophisticated people but they do know how to divide and $20 million isn't *shit* when you split it between them. Second of all, these people don't dream about being rich. They dream about being able to watch their kids swim in a pool without worrying that they'll have to have a hysterectomy at the age of *twenty*. Like Rosa Diaz, a client of ours. Or have their spine deteriorate, like Stan Blume, *another* client of ours. So before you come back here with another lame ass offer, I want you to think real hard about what your spine is worth, Mr. Walker. Or what you might expect someone to pay you for your uterus, Ms. Sanchez. Then you take out your calculator and you multiply that number by a hundred. Anything less than that is a waste of our time.

[Ms. Sanchez picks up a glass of water]

Erin Brockovich: By the way, we had that water brought in specially for you folks. Came from a well in Hinkley.

Ms. Sanchez: [Puts down the glass, without drinking] I think this meeting is over.

Ed Masry: Damn right it is.

Of course, not every Flint resident is gonna have horrific medical problems, but even so, let's say that they settled on an average of $200,000 apiece. That would be $20 billion more.

So there you go, folks: In order to save a few million bucks (and it looks like switching from Detroit water to the Flint river didn't even do that), the Snyder administration should now be on the hook for a good $43 billion.

That's what running government "like a business" gets you, folks.

UPDATE: Thanks to a commenter over at dKos for pointing out a big one that I missed: The compensation to the business owners for taking away their livelihood. The link above lists 7,000 official Flint-based businesses; I have no idea what their collective worth is (I assume it ranges from mom & pop outfits to medium-sized industrial?), but let’s say they’re worth an average of, what, $2 million apiece? That’s $14 billion more, bringing the grand total to $57 billion+.

(Mongo thinks it’s more like $200 billion all told...who the hell knows, he/she could be right. The point is that we’re talking a SHITLOAD of money here, ungodly sums.)