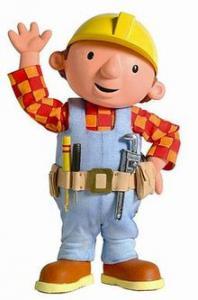 Over on another comment thread, one ACA Signups regular is trying to parse out the question of "newly insured" vs. "previously insured" enrollees as they relate to both the ACA exchanges as well as Medicaid expansion. He admits to being surprised that I'm comfortable stating that "only" about 5-6 million of the current exchange enrollees are "newly insured" as opposed to "previously insured". I tried to explain both the numbers as well as the methodology headaches, but also decided this issue is worthy of a full entry, so here goes:

In December 2013, Bob and his wife, who had been uninsured for the past year, discovered that they qualified for Medicaid thanks to the ACA's expansion provision in their state. Their 15-year old daughter was already enrolled in the CHIP program, and their son was scrimping by on a junk "policy". Bob and his wife enrolled in Medicaid, effective January 1st.

In February, Bob got a decent-but-not-great job which at least paid the bills. He no longer qualified for Medicaid, but thanks to heavy federal subsidies was able to enroll in a low-premium Silver plan on Healthcare.Gov with cost sharing. His wife enrolled as well, of course...and he convinced his son, now 25, to drop the junk policy and enroll in his new subsidized ACA policy, which the son was allowed to do thanks to the "sub26er" provision of the ACA. Their daughter still qualified for CHIP.

In June, things got even better for Bob: He was hired by a different company to a better position which included ESI (employer sponsored insurance). He dropped his ACA policy and moved all 4 members of the family over to the employer plan.

In August, his son turned 26 and had to be dropped from Bob's policy; thanks in part to the savings of being on his parent's plan for the past few months, he was able to get his act together, to the point that he was able to enroll in a separate exchange policy with federal subsidies.

In September, however, things fell apart: Bob got fired from his job, lost his income and he and his wife became eligible for "traditional" Medicaid. His daughter, now 16, moved back onto CHIP. Bob spends a month scrambling to find a new job before caving and filling out the paperwork, meaning they had a 1-month gap in their coverage (the son wants to help, but is still struggling to support himself even with his own tax credits).

Fortunately, in November, Bob turned 65 and enrolled in Medicare.

Finally, in December, the son sells a screenplay for beaucoup bucks. He no longer qualifies for tax credits anyway, so he decides to replace his exchange policy with a full-price policy directly through the insurance company, bypassing the exchange.

Now it's March 2015. How should I categorize each and all of these 4 people?

I'll throw one more at you: What if someone enrolled in the ACA exchange in 2014 but dropped their coverage at the end of the year and is now uninsured? What if they then re-enroll in, say, July due to a qualifying life event? Should they be counted as "previously uninsured" or not?

What if someone was insured in 2012 but not in 2013? What if they were covered in the '90's but have been uncovered for the past decade? Is there a particular time limit before your categorization changes?

Obviously the odds of anyone going through that many significant life changes in a single year are almost zero, but collectively, when you're talking about a nation of 320 million people (or even among the 12 million or so who've enrolled/re-enrolled via the ACA exchanges for 2015), every single one of the above scenerios is playing out individually every day.

So yes, when I use the term "newly insured" or "insured due to the ACA", that description is sometimes a bit fuzzy/hard to pin down...but it's not due to any obfuscation or lack of transparency on my part. It's because when you're dealing with millions of people's lives, their circumstances are changing on a constant basis.

As an aside, to get back to the original question: Yes, out of the roughly 15 million people who have been "newly insured" since October 2013 (including those whose coverage will start on April 1st), around 9 million or so appear to be via Medicaid while the other 6 million are via the ACA exchanges (with a small number of off-exchange or SHOP enrollees being newly insured as well).

I don't understand why this is either controversial or a worthy "attack point". Last year the Kaiser Family Foundation concluded that around 57% of 2014 enrollees were newly insured, which, if you assume around 7.1 million actually paid their first few premiums (out of 8.0 million total), translates to around 4 million people. For 2015, about 10.5 million (out of about 12.0 million to date) have/will pay their first premium; of those, roughly 6.3 million are renewals from 2014, leaving around 4.2 million new additions. Assuming that about half of those are newly insured, that brings the total up to 4 + 2.1 = about 6.1 million...very close to the ballpark number above.

I'm perfectly comfortable with 9 million previously uninsured, fairly low-income people being enrolled in Medicaid. Not sure why that's considered a "gotcha".