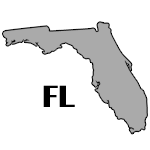 Last week, I posted a major entry in which I painstakingly pieced together the current QHP enrollment data from 16 states in an attempt to extrapolate what the current national enrollment figure stood at as of October. Since last spring, the only data point that HHS had given out was that 7.3 million were enrolled as of August 15th; I was trying to calculate how many were still enrolled 2 months later, after adding "special life event" enrollments and subtracting people who dropped their policies for other assorted reasons.

In addition, there was the question how much the "3 month grace period", "citizenship/immigration data" and the "income data discrepancy" issues would contribute to the attrition rate, as people were dropped due to failure to continue payments or for not being legally eligible for the policies.

My conclusion, based on the limited data I had at the time, was that the current number was likely around either 7.0 million even (if Florida wasn't included in the formula) or 6.8 million (if Florida was included). The problem, as I explained, is that Florida showed a substantial drop-off in enrollees...way back in June. This was a huge outlier when you consider the timeframe (22.5% in just the first 6 weeks after the open enrollment period ended): 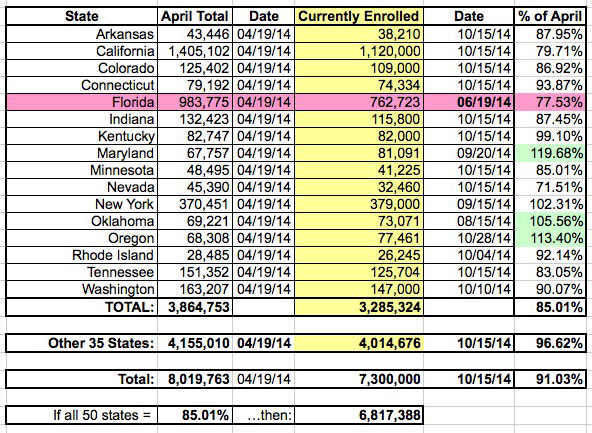 As you can see, with Florida in the mix, that means that the 16 states I have data for are holding roughly 85% of their 4/19/14 total numbers...meaning that the remaining 35 states, making up roughly the other half of the total, would have to have retained a whopping 96.6% of their April number in order for the total to still be at 7.3 million. If, however, those states were at the same 85% level, the grand total in October would be more like 6.8 million, which would be disappointing but not devastating.

The next day, on a tip from Larry Levitt of the Kaiser Family Foundation, I considered whether Florida's unusually high immigrant population might be at play here, but concluded that this is likely only a small part of the discrepancy; there were too many problems with that theory.

Today, the HHS Dept. kind of cannonballed all my hard work by coming right out and announcing that as of mid-October, the current QHP enrollment total stood at 7.1 million. While I'm a bit irritated that I went through all that work for nothing, it's actually good news (from an ACA PR perspective) to discover that the reality is 100K - 300K higher I had estimated.

However, this does mean that the Florida number makes even less sense. Here's what the same chart looks like with the 2nd-to-last line corrected with the 7.1 million figure, without Florida: 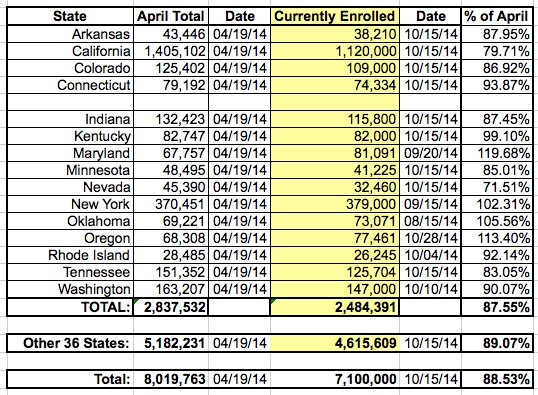 This seems quite reasonable now: The 15 states I have data for average out to 87.5%, the other 35 states (+DC) average out to 89%, for an overall retention rate of 88.5%, which is pretty damned good. The overall spread is only 1.5% between the two groups, which makes sense.

However, look what happens when you add Florida back into the mix again at 7.1 million total: 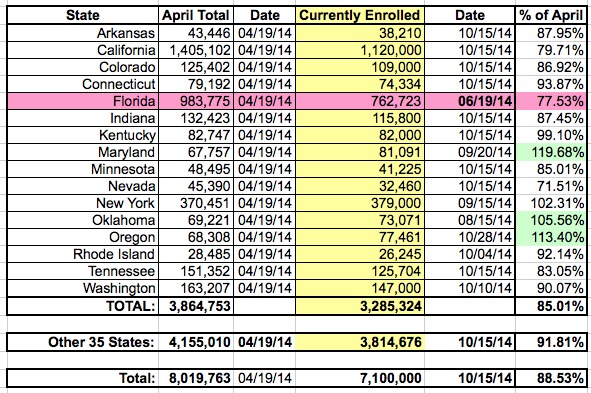 Now, this isn't too out of whack, but I still find it difficult to believe that there would be a 7% spread between these 16 states and the other 34 (+DC).

There's definitely something strange going on in Florida...but at this point, I suspect whatever it is will get lost in the ether/confusion of the 2nd open enrollment period starting up in a few days.