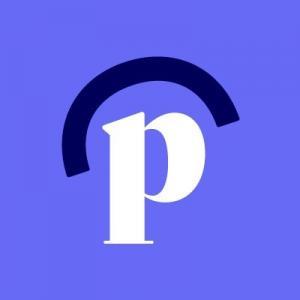 As I've noted several times before, two more states have split off from the federal ACA health insurance exchange (HealthCare.Gov) this year. New Jersey and Pennsylvania have joined twelve other states (and DC) in operating their own full ACA enrollment platform.

In the case of Pennsylvania, they decided to call theirs "Pennie" (Pennsylvania Insurance Exchange), and judging by their first enrollment report, it looks like it's off to a great start:

There's an important item above which speaks to the advances and streamlining of the ACA exchange technology since the disastrous launch of HC.gov and some of the state exchanges seven years ago:

In the past, other states which transitioned from HC.gov to their own exchange (Idaho and Nevada) or which transitioned from their own onto HC.gov (such as Oregon and Kentucky), current enrollees were required to manually create a brand-new user account and re-enter all of their personal information, which can be a royal pain in the ass and which likely means losing some enrollees along the way. Pennie (as well as New Jersey's new exchange, GetCovered NJ) were able to port existing enrollee information over to the new platform, making for a much smoother transition process.

Pennie had 331,825 Qualified Health Plan (QHP) selections during the 2020 Open Enrollment Period, but this was down to 307,000 who had actually paid their first monthly premium as of February. 276,656 of those enrolled so far are currently-effectuated enrollees being renewed, so that's a 16.6% net attrition rate since the end of the last OEP.

For comparison (as I've done for Connecticut and Washington State):

Once again, the dramatic improvement this year is mostly due to a spike in Special Enrollment Period (SEP) enrollments due to the COVID pandemic. While HealthCare.Gov didn't allow an "open" COVID SEP, the normal SEP rules applied, so any Pennsylvania resident who lost their employer-sponsored healthcare coverage was still eligible for a 60-day SEP, which cancelled out some of the normal attrition throughout the year.

The Pennie report also breaks out enrollees by financial assistance, metal tiers and other metrics:

It's always interesting to me that there are a small number of people who are eligible for CSR assistance but not for APTC assistance. I'm not quite sure how that works, since you have to earn between 100 - 250% FPL for CSR and between 100 - 400% FPL for APTC...but I suppose it's possible depending on very special circumstances.

There's some other info in the presentation as well, but it has to do with stuff like call center response time, etc which isn't terribly relevant here.