Colorado: Watch Cory Gardner being a weasel for 2 straight minutes. 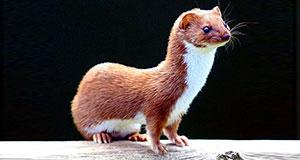 h/t to Albus Brooks for the video. Here's the transcript, verbatim:

GARDNER: "I think a lot of the issues...the question that may be before the Supreme Court will not be impacted by the decision that they may or may not reach, and I don't think anybody can predict, or guess what a Justice would do with the law in front of them. But...whatever happens, I don't think that the Supreme Court would act today, that if they were to reach a ruling that...that ruling would be in effect immediately, I do believe that obviously they would turn to Congress and say, hey, this is the ruling, now you guys have to find a solution to address what the Supreme Court has found, if they decide that something needs to change with that ruling, and so I think that would give the law back to the policymakers where it should be in the first place. I think, um, you know, we need to make sure that we have, uh, we have solutions out of Congress that have, that actually address healthcare needs, and that's where it should rightfully be decided, not by the Courts.

Q: "But...Senator...what would you suggest would be a replacement for the Medicaid expansion that we have now under the Affordable Care Act?"

GARDNER: "Legislatively? Well, Congress could...again, I don't think the Supreme Court would make a ruling that...that Medicaid expansion would end the day that they make the ruling...if that's the, if that's the, indeed, the ruling that they decide to make. I...I...I do not believe that that's what would happen at all...even if it would affect that portion of it, I think that the question's going to be on severability, and I don't think that it would affect that portion of the law, whatever decision that they make. So...I don't think that that's something that would even be an issue. Uh...if that were an issue, like I said, I don't think that it would be effective that day of the decision...I think that the Court would turn to Congress and say, 'you need to address this' and that would put it back in the hands of Congress to pass a bill that would...would...would answer that question on Medicaid, in line with the ruling of the Supreme Court."

First of all, it's true that it's not 100% guaranteed that the Supreme Court will strike down the ACA, even with Barrett on the court (though her being seated sure as hell makes it a lot more likely). It's possible that they'll shoot down the case for lack of standing, or that they'll strike down just the mandate penalty languate itself; either of these would leave the ACA effectively unscathed (note that a half-dozen states have already reinstated the ACA's individual mandate penalty themselves, and a couple more are considering doing so).

However...it's also possible that they will indeed strike down the entire ACA (or significant portions of it), which could very well include not only protections for those with pre-existing conditions but also potentially, yes, Medicaid expansion, which currently covers a good 16 million Americans or so.

It's also possible that he's correct about the timing of the Supreme Court's ruling; it isn't expected until sometime next spring (I've heard between April and June), and it's possible that they'd put some sort of stay on their own ruling until, say, January 2022, seeing how millions of people would already be locked into legally-binding contractual agreements with their insurance carriers, which in turn would be locked into contracts with doctors, hospitals, drugmakers and so on.

However...it's also possible that any such ruling would be effective immediately, and if that were to happen...well, as Amy Lotven discovered a few years back, the insurance carriers have a special "Escape Clause" baked into their contracts with the federal government which would allow them to terminate coverage almost immediately in the event that the ACA's subsidies are cut off (or other significant changes to federal law which would impact their healthcare policies, which this obviously would). So...yeah, it's conceivable that millions of people would indeed see their coverage terminated as soon as the end of the month that such a ruling came out.

For example, here's law professor and ACA expert Nicholas Bagley asking the healthcare twitterverse about just this sort of thing this morning:

Hive mind! If the Supreme Court ends the ACA, and so the Medicaid expansion money dries up, how long before Medicaid managed care plans will ditch their enrollees? Is there a grace period for nonpayment? Does it depend on the state?

There's a bunch of varied responses to this from people more knowledgable about such things than I am, but you get the point.

Getting back to the original question, however: Gardner wasn't asked whether it's likely that the ACA will be struck down. He wasn't asked what the odds are. He was asked what his plan is to ensure healthcare coverage for the 373,000 Coloradoans who are currently enrolled in Medicaid expansion under the ACA today if it's struck down.

And for that, he had absolutely no answer whatsoever.

UPDATE: Yikes. Prof. Bagley just answered my question about the odds of the Supreme Court issuing a stay of their own ruling:

They could put a stay! But they probably wouldn't. The longer explanation is here. The context for this post was King v. Burwell, but the same explanation holds: https://t.co/RviVYImQEF