#COVID19 is getting worse all over, but yes, it's far worse in the Red States now. 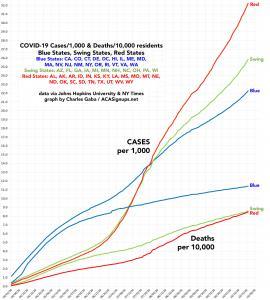 Biden: Take a look at what New York has done in terms of turning the curve down, in terms of the number of people dying. And I don’t look at this in terms of the way he does, blue states and red states. They’re all the United States. And look at the states that are having such a spike in the coronavirus. They’re the red states, they’re the states in the Midwest, they’re the states in the upper Midwest. That’s where the spike is occurring significantly. But they’re all Americans. They’re all Americans. And what we have to do is say, wear these masks, number one. Make sure we get the help that the businesses need. That money’s already been passed to do that. It’s been out there since the beginning of the summer, and nothing’s happened.

Of course Biden's entire point was that ALL the states are American states, and thus we shouldn't treat them differently depending on their political lean.

However, there was some pushback on Twitter by people noting in his response that some of the ugliest numbers have been coming out of blue (or at least swing) states over the past couple of weeks, like Wisconsin, and that's true. And yes, nearly every state is seeing a resurgence; there's almost nowhere in the U.S. where things are going "well" at the moment.

However, his point is absolutely correct: As bad as things may be getting in the Blue States again, they're getting far worse in the Red States (as well as the Swing States).

I haven't updated this graph in a few weeks, but the trend is clear, and horrifying: 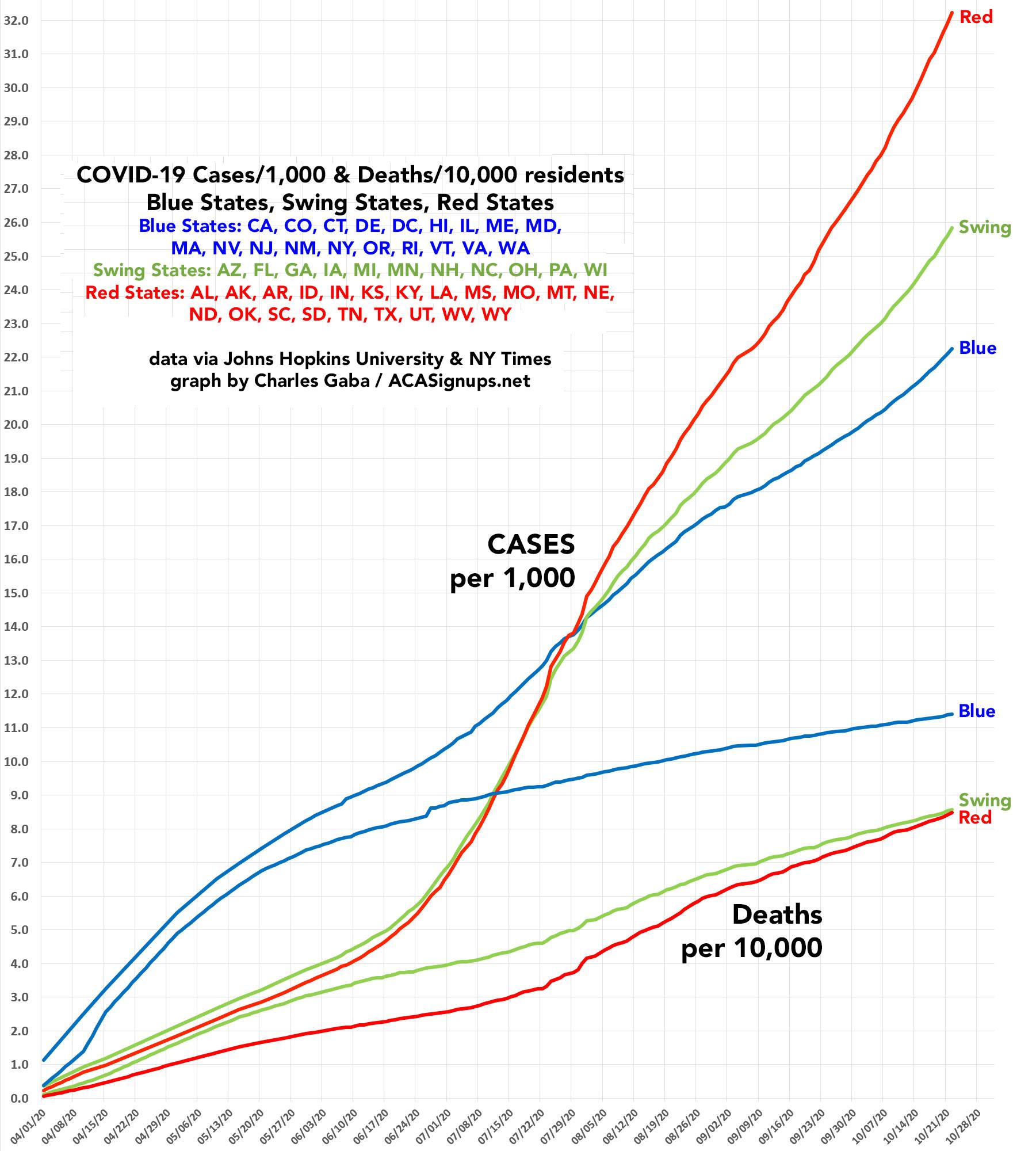 Also, note again that the higher case rate isn't because the red states are testing at a higher rate--it's actually the blue states which have been testing at a much higher rate all along...averaging roughly 40% more testing per capita every day. 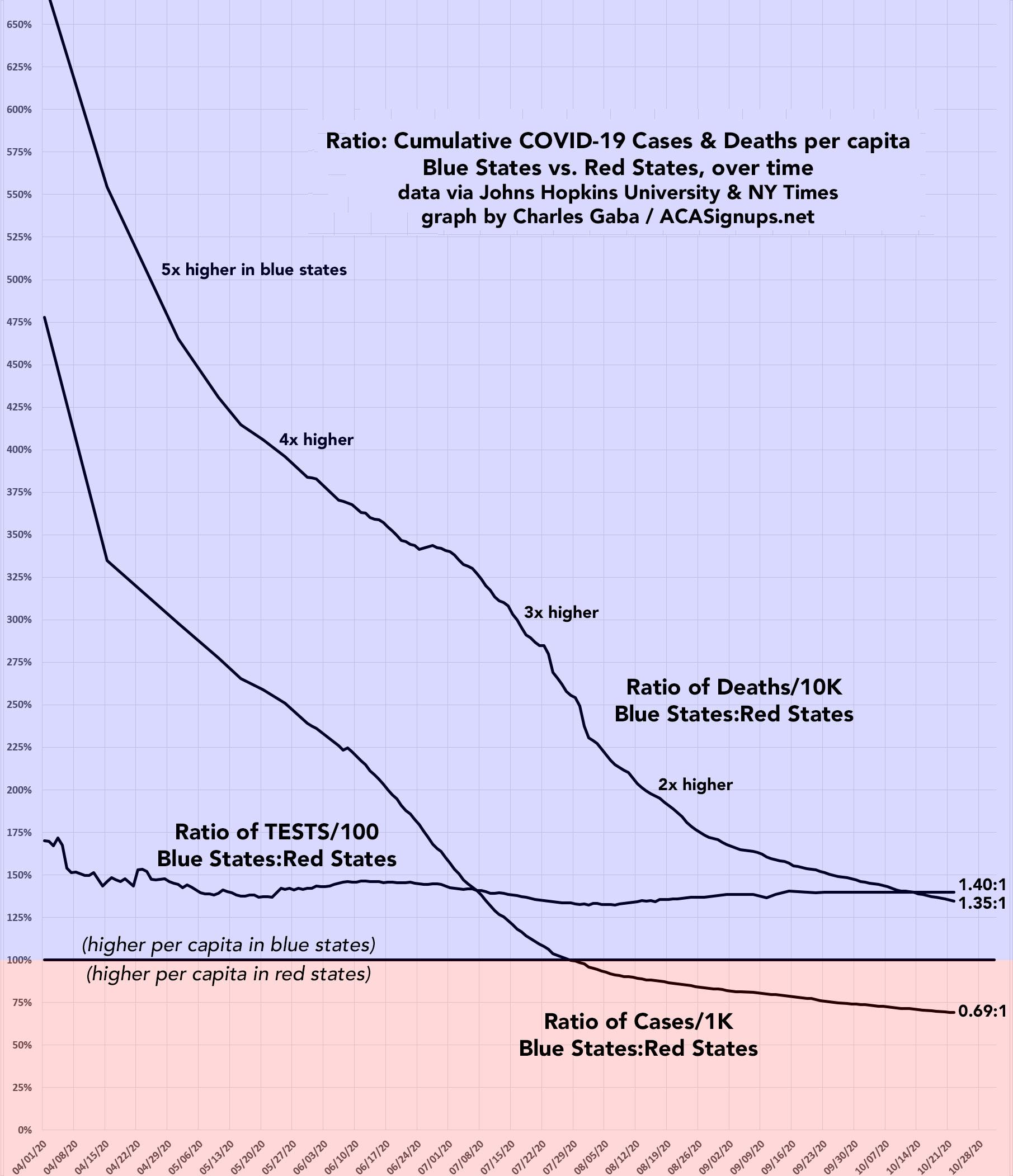 This is a good time to remind everyone that, via an August article in Vanity Fair, the Trump Administration in general, and Jared Kushner in particular, deliberately blew off the response to the COVID-19 pandemic this past spring because they assumed that only Democrats would get sick and die from it: