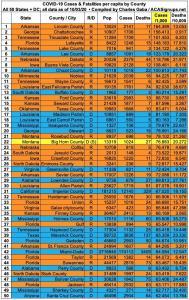 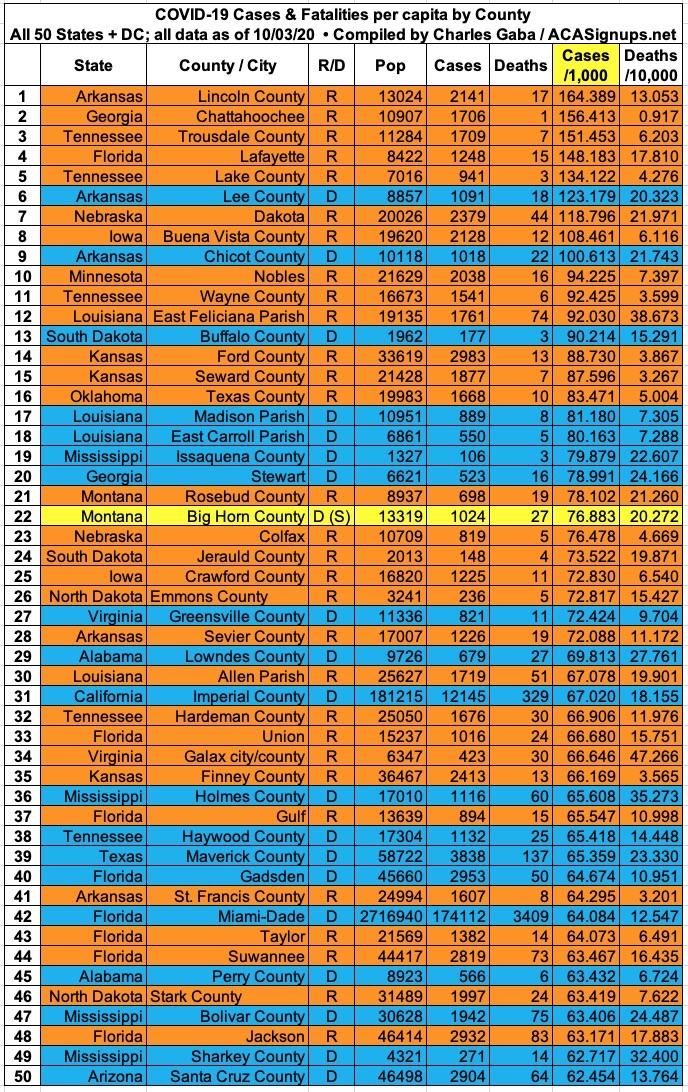 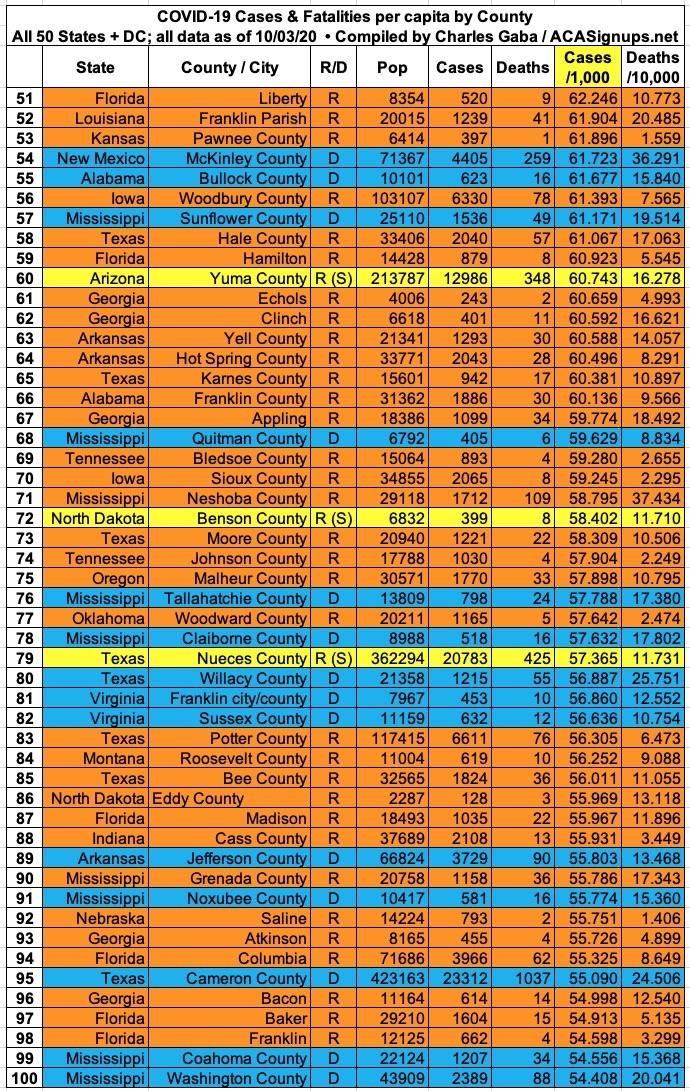 The first New York county, Rockland (a swing county), comes in at #126. 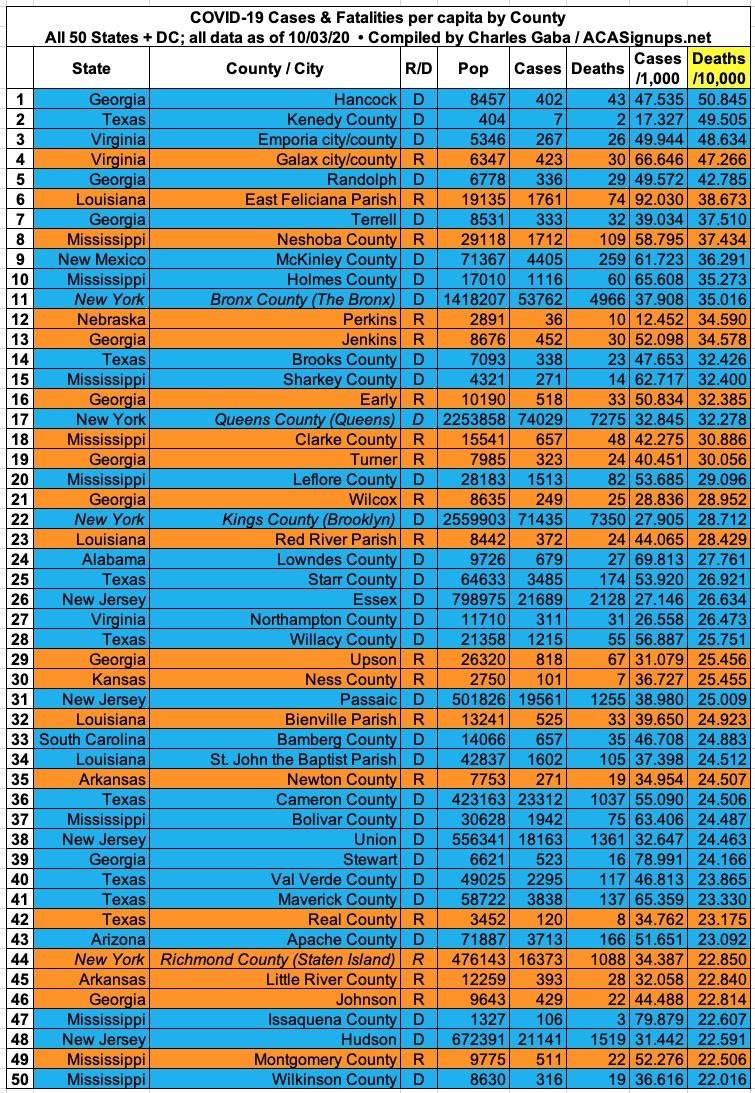 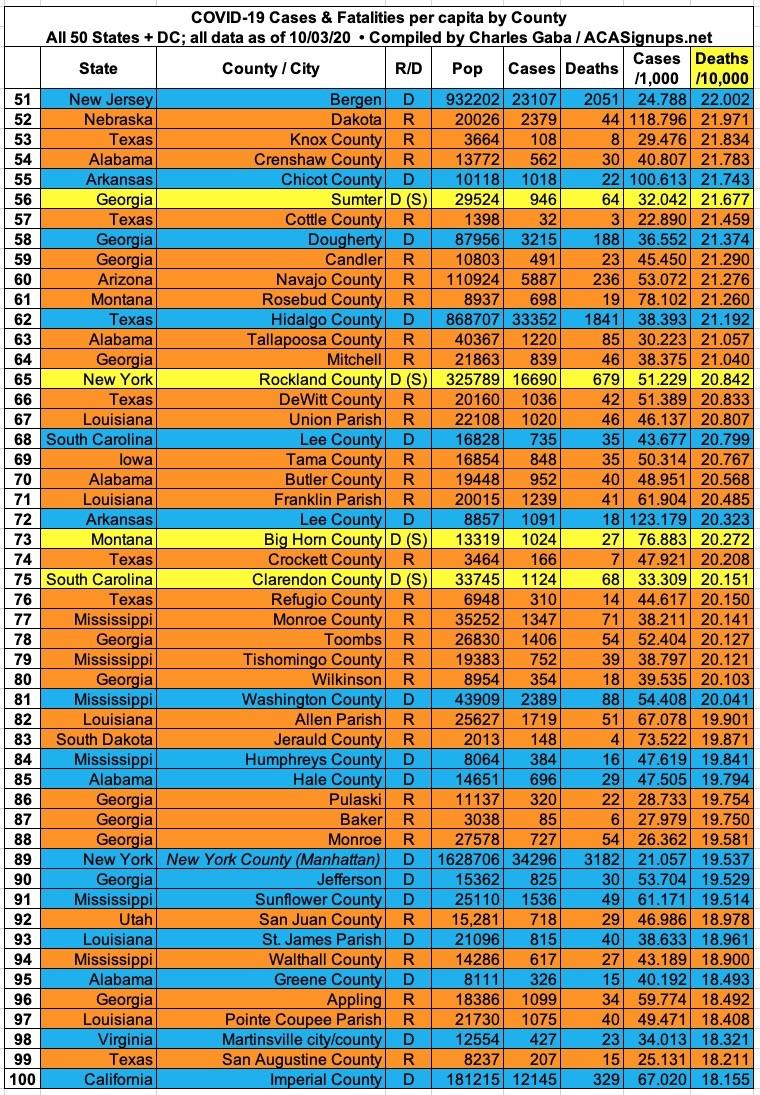 It's also worth noting how the ratio of per capita cases has shifted between the Clinton and Trump counties over time. Back in mid-March, the rate was 4.5x higher in Clinton-voting counties than Trump counties. As of this weekend that ratio was down to 1.12x higher. In terms of the mortality rate, the ratio has dropped from 5.3x to 1.76x. 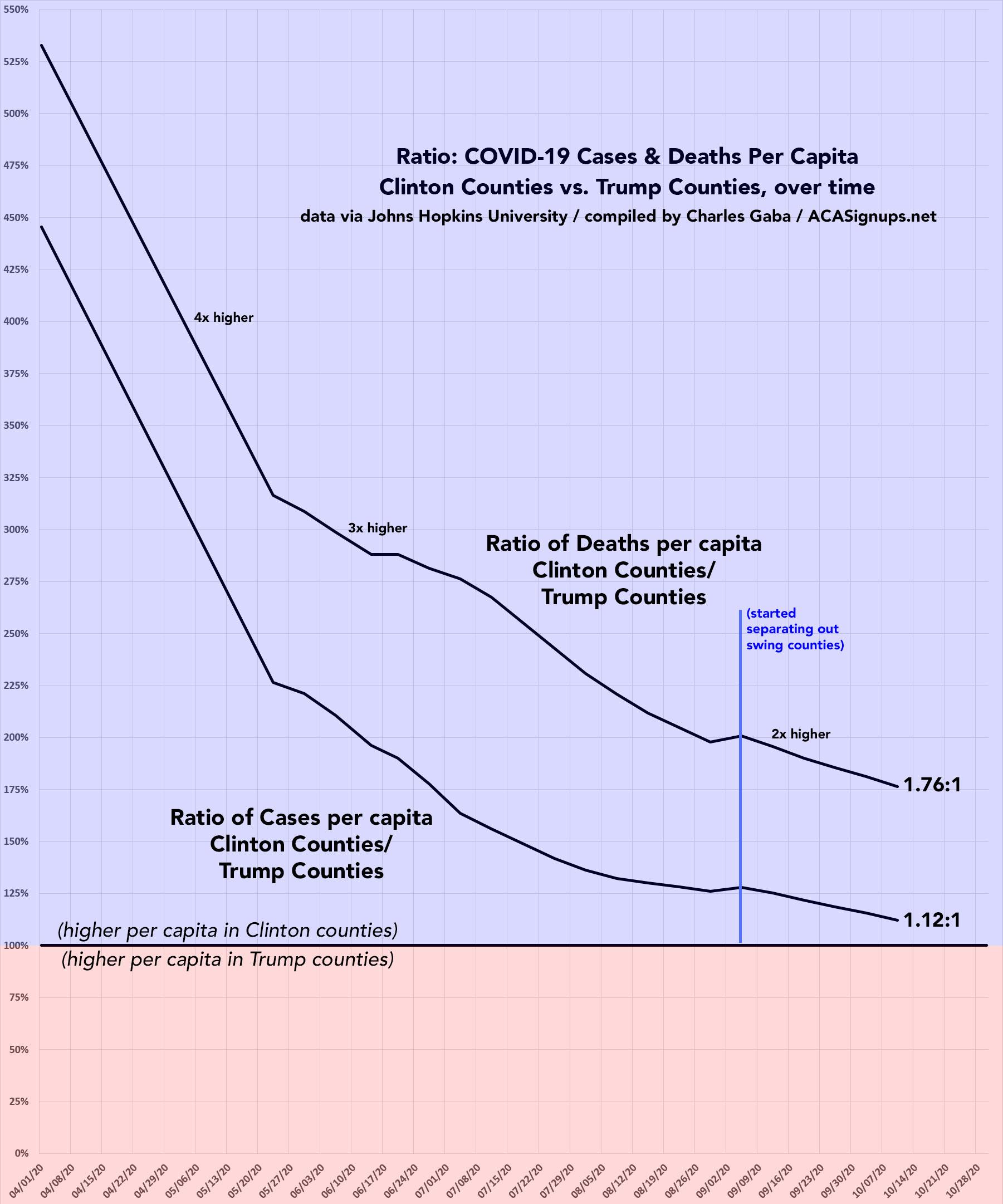