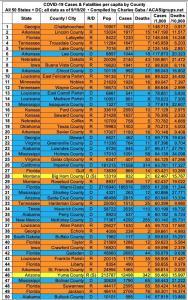 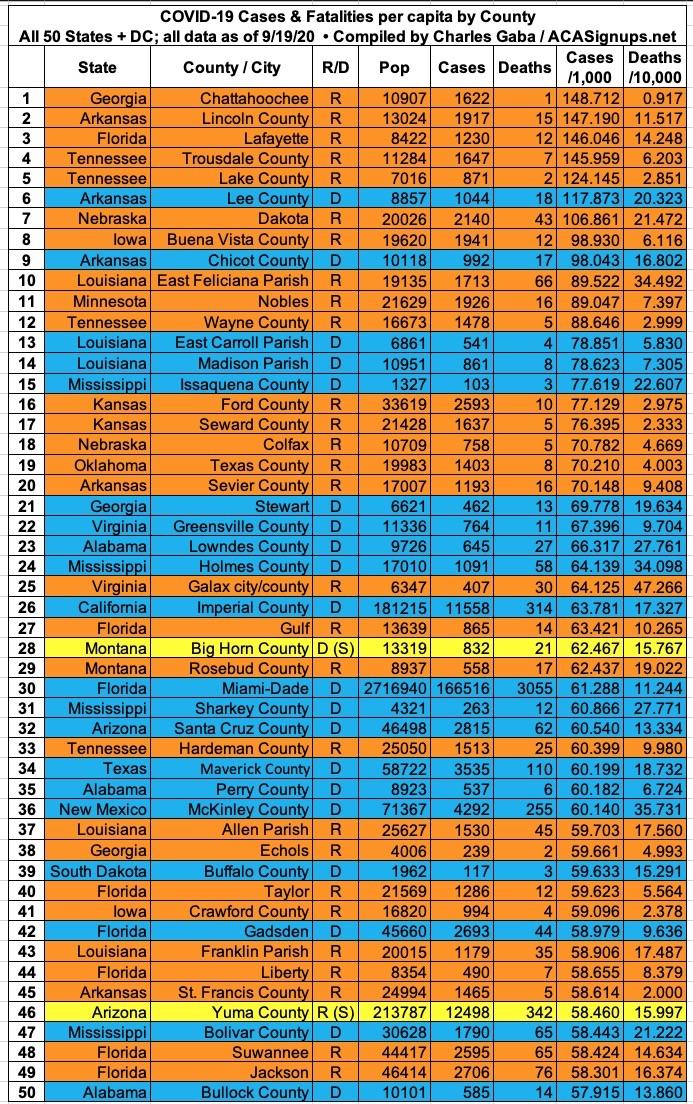 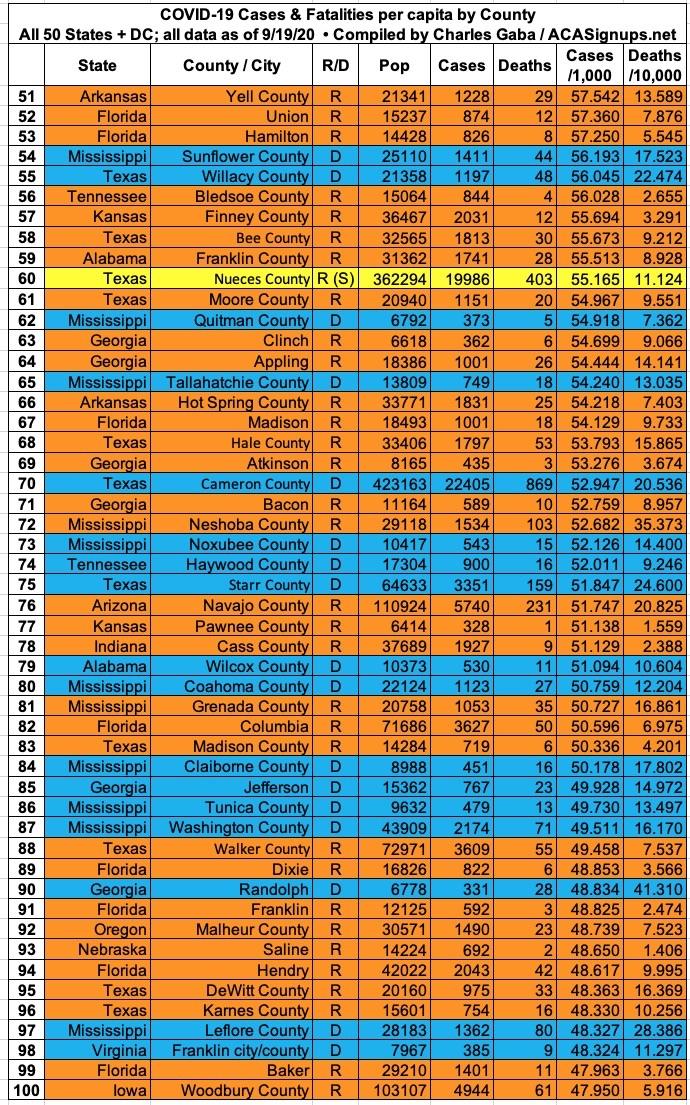 After several months in the top spot, Trousdale County, Tennessee fallen to 4th place per capita, with Chattahoochee County, Georgia now in the top spot. 15 of the top 20 counties were solidly won by Donald Trump in 2016, as were 60 of the top 100.

New York doesn't even show up until #130 (Rockland County, a swing district).

Michigan no longer shows up until #1,013 (Wayne County, where Detroit is located). Oakland County, where I live, now ranks #1,373.

Here's the top 100 counties ranked by per capita COVID-19 fatalities as of Saturday, September 19th (click image for high-res version): 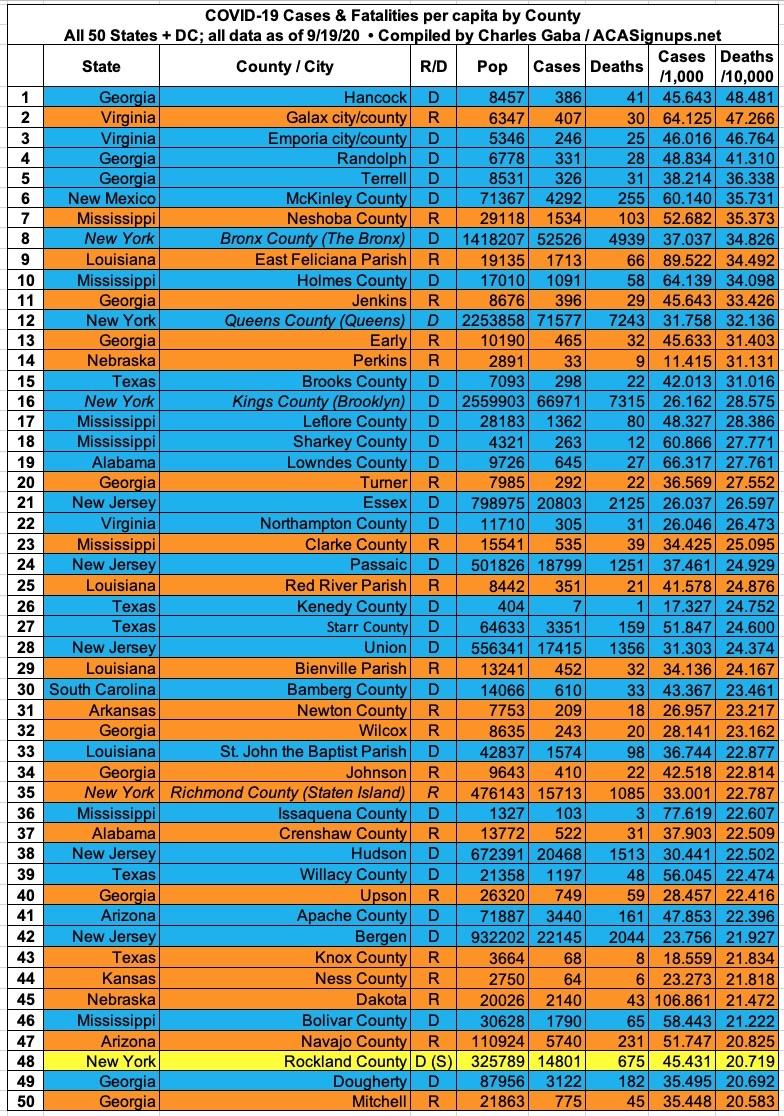 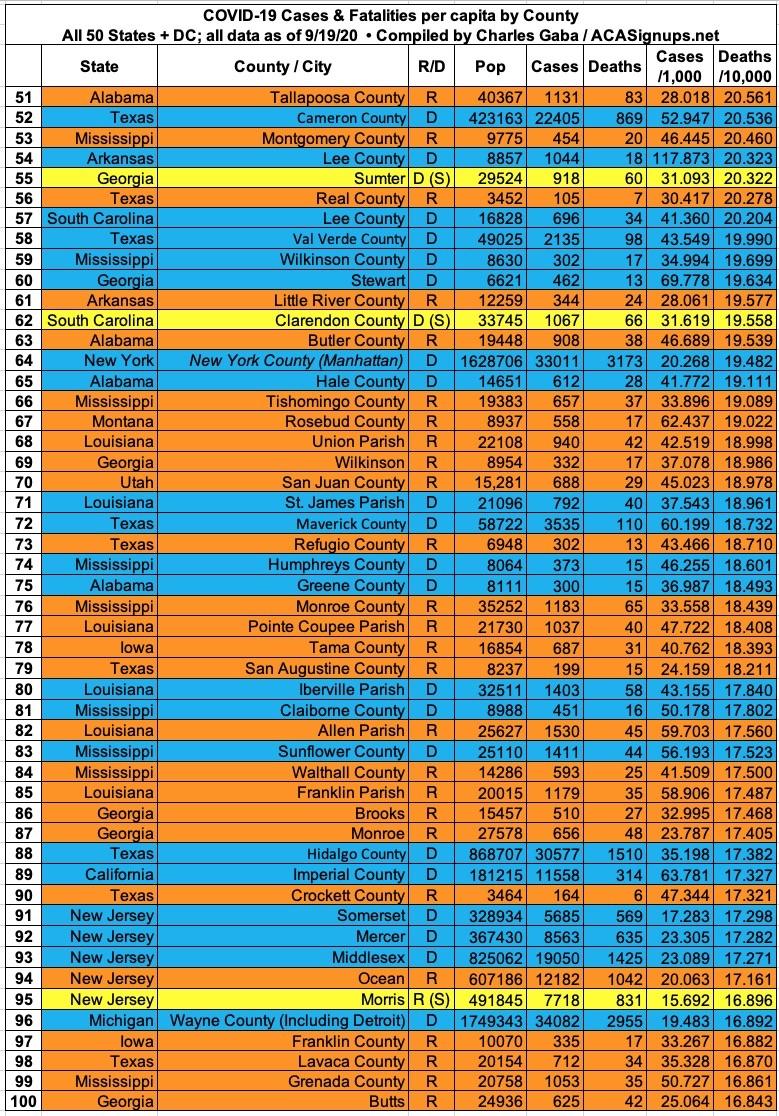 17 of the top 100 deadliest counties are in Georgia. Another 16 are in Mississippi. 14 are in Texas and 10 are in Louisiana.

It's also worth noting how the ratio of per capita cases has shifted between the Clinton and Trump counties over time. Back in mid-March, the rate was 4.5x higher in Clinton-voting counties than Trump counties. As of this weekend that ratio was down to 1.22x higher. In terms of the mortality rate, the ratio has dropped from 5.3x to 1.9x. 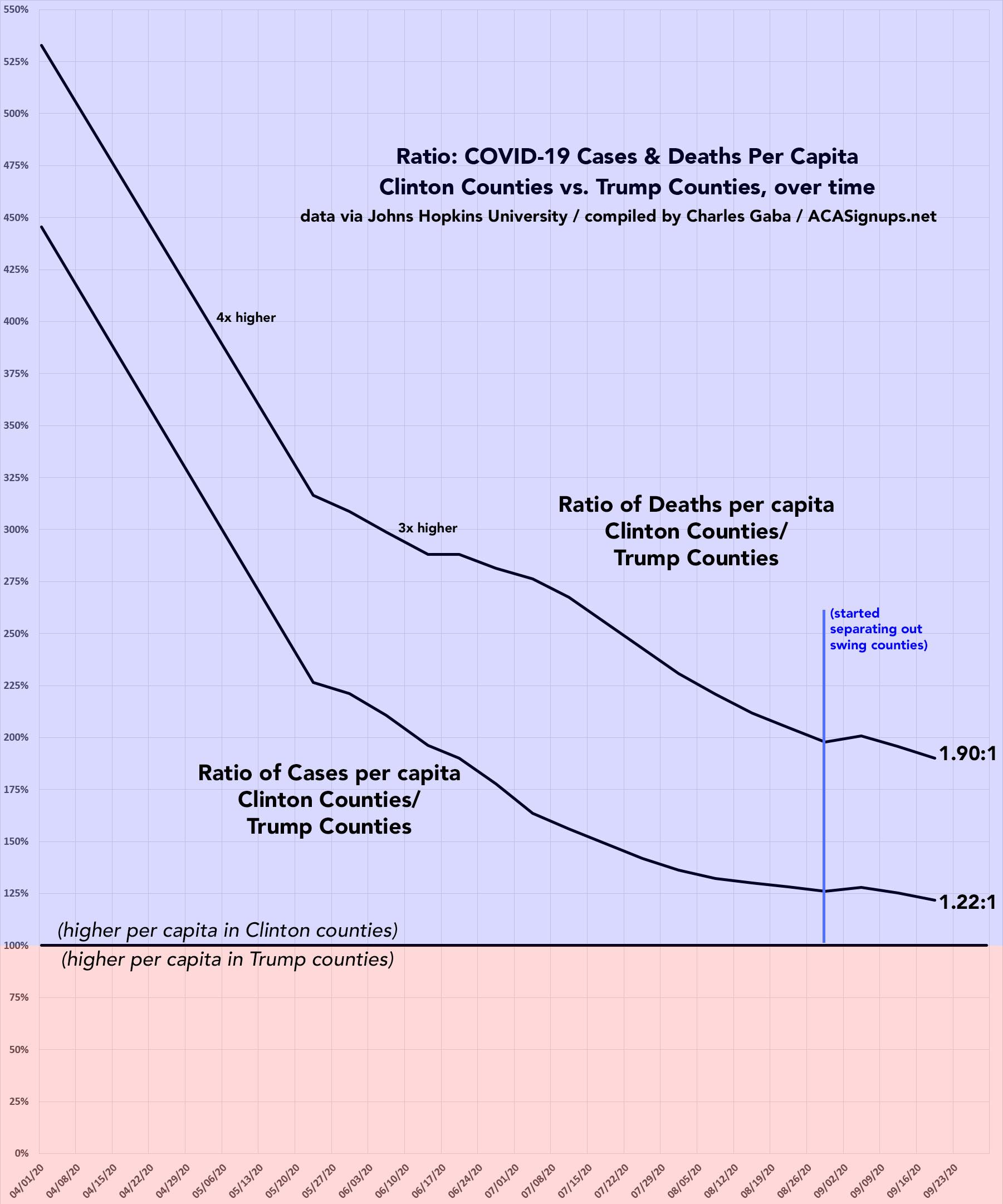