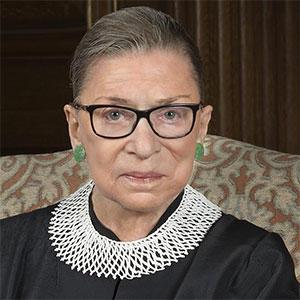 May her memory be a blessing.

I'll have much more to say about this, of course, but tonight I'll keep it short.

The Texas Fold'em lawsuit to strike down the ACA (officially called "Texas vs. U.S.", "Texas vs. Azar" or, more recently, "CA vs. TX") is scheduled for oral arguments before the U.S. Supreme Court on November 10th, 2020...exactly one week after Election Day.

I'm assuming that the death of Supreme Court Justice Ruth Bader GInsburg doesn't change the date of the hearing; presumably it will be heard by the 8 other SCOTUS justices or (God help us) by all 9 if Mitch McConnell is able to ram through Trump's appointee in record time (November 10th is just 53 days away).

While Justice Ginsburg's passing under a Trump Presidency should strike terror into everyone's heart for 1,000 other reasons as well, the big fear about the Texas Fold'em case specifically is that it means either a) the ACA is dead if Trump manages to get a replacement on the bench, or b) even if he doesn't, a 4-4 split ruling would result in the case being kicked back down to the lower federal court...which would also mean the law is dead.

Back in March, I noted that while the hearing will be this November, the final ruling likely won't happen until sometime next spring or summer:

The timing of this is critically important.

If the Democrats flip the Senate and retake the White House, I believe they could pass and sign a bill as soon as January 20th, 2021 resetting the mandate penalty back to $695/2.5%...or even as little as $1.00 if they wanted to. Doing that should instantly make the entire case null and void...and while I'm not an expert on how the filibuster or reconciliation works, I think they could do so with as few as 50 Senate votes (assuming a Democratic Vice-President acting as a tie-breaker). The 2017 tax bill which zeroed out the penalty was passed without 60 Senate votes, after all.

Alternately, they could pass a bill stripping out the mandate language itself, although I think that would require 60 votes.

To the best of my knowledge this evening, none of this has changed with the passing of Justice Ginsburg...although I've contacted Law Professor and ACA expert Nicholas Bagley to confirm whether this is the case or not.

So far, the only public comment Bagley has made about it this evening is a single Tweet:

Among other things, the Affordable Care Act now dangles from a thread.

If I'm correct, then as strange as it may sound, the situation hasn't really changed as much as you may think...if the Democrats achieve a trifecta by flipping the White House and Senate while also holding the House of Representatives.

If, on the other hand, they fail to control all three by January 20th, 2021, Justice Ginsburg's death pretty much guarantees the death of the ACA next spring, because no such ACA-tweaking bill would be signed into law before the ruling came out, and the ruling would either be to strike it down or to remand it to the previous lower court decision...which was to strike it down.

UPDATE 9/19: It's important to note that some healthcare experts and legal wonks such as Bagley himself have been calling for House Democrats to do exactly what I describe above:

The only difference between Bagley's advice and what I describe above is the timing of doing this. Bagley thought House Democrats should have passed such a bill months ago (years, actually...he and his colleague, Richard Primus, wrote the above story for the Atlantic back in December 2018), instead of waiting until there's a Democratic trifecta.

The reason for such a delay is that I've been told by several other Constitutional experts that if the House passes such a "fix" bill without it also passing the Senate and being signed into law, it would effectively amount to "admitting" that there's a legitimate "problem" which needs fixing, thus making it even more likely that the SCOTUS would rule in the plaintiff's favor.

At least some Republicans, then, might be interested in gaining a symbolic victory and avoiding a self-inflicted wound. Why not give it a shot? The House should pass a one-sentence bill adopting one of these three fixes. Send it to the Senate. See what happens next. If the Senate goes along, it’ll be a moment of bipartisanship and responsible congressional behavior. And if the Senate refuses, the Democrats can pummel the Republicans for supporting an irresponsible lawsuit.

This morning I heard back from Bagley about whether Justice Ginsburg's passing has changed anything; apparently not:

I take it you still think the “if the bill passes the House but fails in the Senate/gets vetoed it’ll end up helping the plaintiffs” argument is bunk?

Ok, but having said that, they should still have time to do it after January 20th assuming a Dem trifecta? That is, RBG’s death doesn’t change the timing of the SCOTUS decision?

Yup. If they want to seize the opportunity, they could.

OK, that leaves three possible ways of defusing the Texas Fold'em threat regardless of what the Supreme Court ultimately rules:

This leads to the next problem: The filibuster. As I understand it (and again, I could be wrong), as long as the filibuster remains in place, the 2nd or 3rd option would require 60 votes in the Senate, while the first (changing the penalty back to $1.00 or more) only requires 51 votes (or 50 + the Vice President as tiebreaker).

If so, then assuming the Dems retake the Senate but don't kill the filibuster, it would leave them with one likely option: Change the ACA's Shared Responsibility Provision (that's the official name of the "Mandate Penalty") from $0.00 (or 0.0% of household income) to $1.00 (or, say, 0.1% of household income).

Bagley thinks House Dems should go ahead and do this right now, before the election, in order to pressure the Senate GOP on the issue (after all, voting for it would let Cory Gardner, Martha McSally, etc. argue that they "saved coverage of pre-existing conditions" even though the only reason it was in jeporardy is because they voted to zero out the penalty in the first place, thus creating an opening for this stupid lawsuit).

Personally, I have no idea whether they should wait or not. The relative risk of House Democrats doing so before January does seem to be somewhat lower than it was 24 hours ago...if only because the odds of the ultimate SCOTUS ruling being in the plaintiffs' favor has just increased significantly regardless of whether the basis of their case is "proven" by a failed attempt or not.